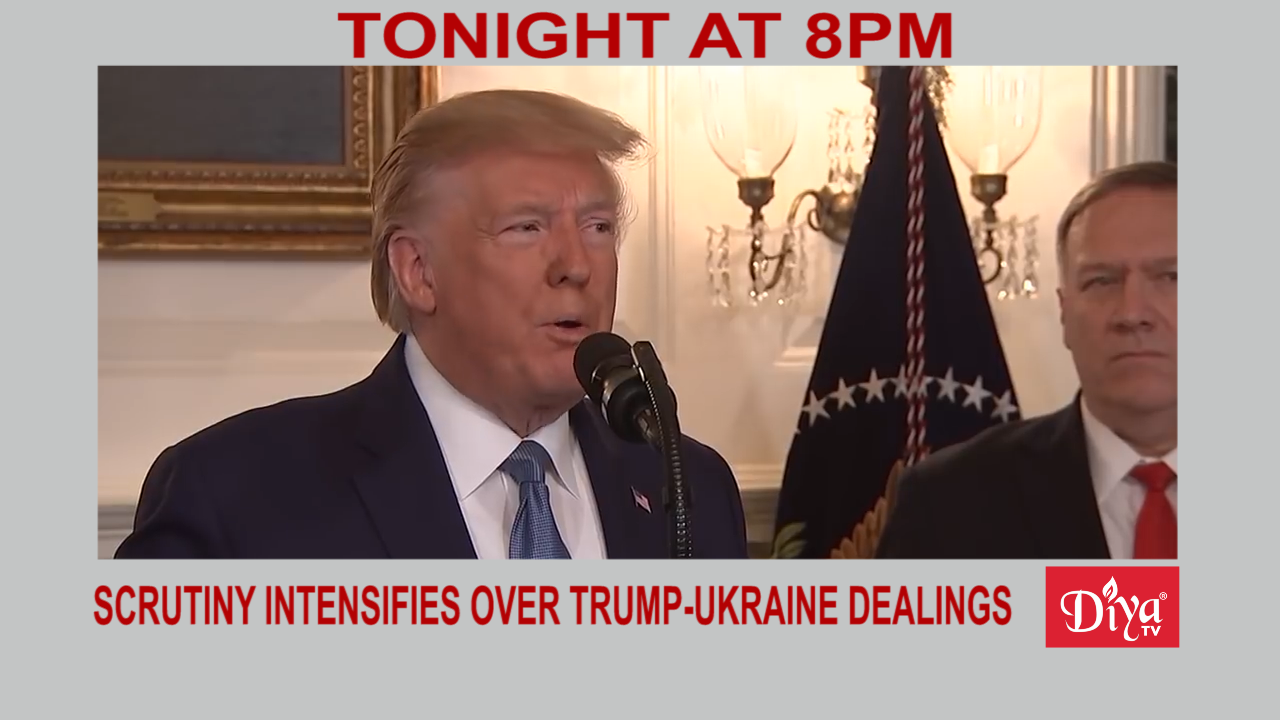 WASHINGTON (Diya TV)  — President Trump is facing intensified scrutiny after Ambassador William Taylor, a top diplomat in Ukraine, testified he was told by U.S. Ambassador to the EU Gordon Sondland that military aid to Ukraine could be suspended unless Ukrainian President Volodymyr Zelensky publicly announced an investigation into Hunter Biden and the Ukrainian natural gas company Burisma, an effort that would potentially help Trump politically.

Indian Prime Minister Modi met with members of the JP Morgan International Council in New Delhi, featuring the likes of Henry Kissinger, Tony Blair and Condoleezza Rice to speak about India’s efforts in health, education and becoming a $5 Trillion economy.

India is cutting down exports of military equipment and items like explosives and detonators to Turkey, given that nations growing defense ties with Pakistan and possibility of said equipment being used against them.

And Toronto Raptors Superfan Nav Bhatia, who told us exclusively in June that the ownership had promised him a ring, received it yesterday along with the rest of the team.