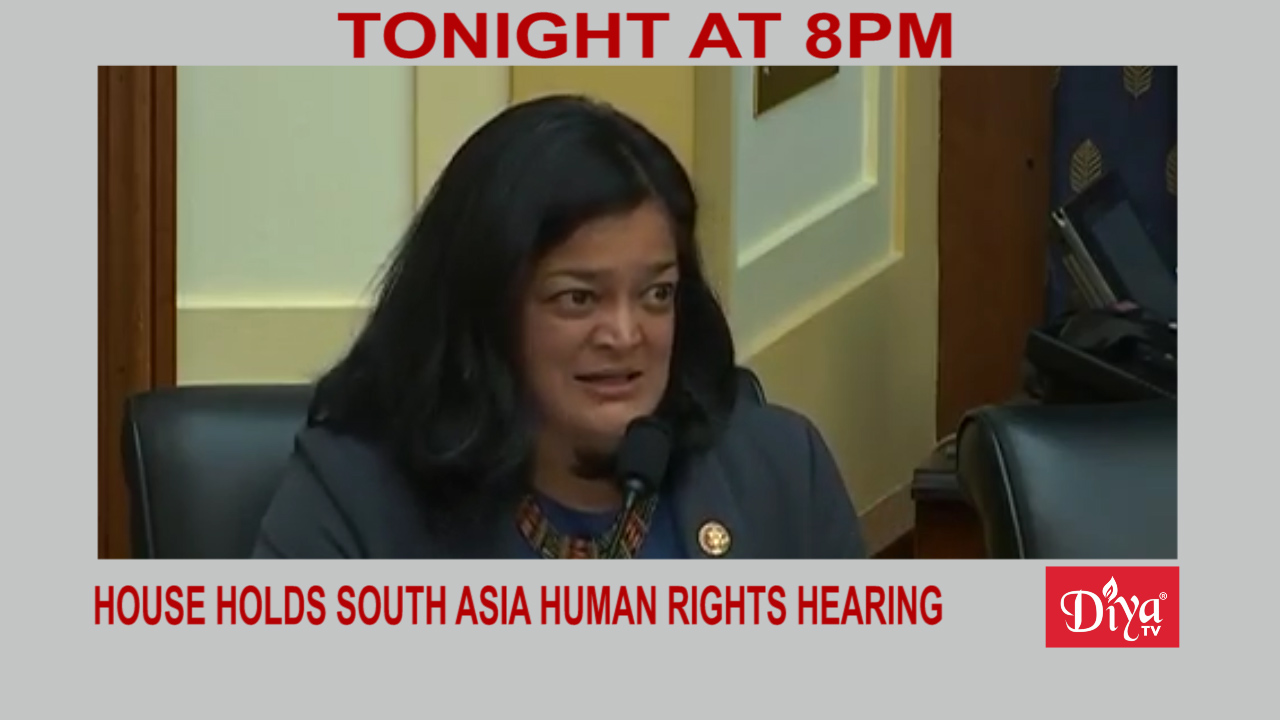 WASHINGTON (Diya TV)  — The House Foreign Affairs Committee held a full day hearing on human rights in South Asia, featuring speakers from the U.S. State Department and members of the community with different vantage points. As you can well imagine, narratives over Jammu & Kashmir differed greatly, especially over India’s recent constitutional change to integrate the region more closely. The hearing also touched upon Pakistan’s treatment of minorities in Balochistan and Sindh and the crisis faced by Rohingya Muslims in Bangladesh and Myanmar. Congressmembers Pramila Jayapal and Ami Bera made remarks at the hearing held before a capacity crowd on Capitol Hill. We’ll have full reaction to this contentious debate and we will broadcast the hearing in full this weekend on Diya TV.

Justin Trudeau will continue to lead Canada, but his Liberal Party lost their majority in Parliament, opening the door for Jagmeet Singh, leader of the New Democrats, to potentially play kingmaker if Trudeau wants to pass any major legislation.

And in a huge development for Prime Minister Modi’s ‘Make in India’ efforts, the first Apple iPhone’s are rolling off the assembly lines in India.