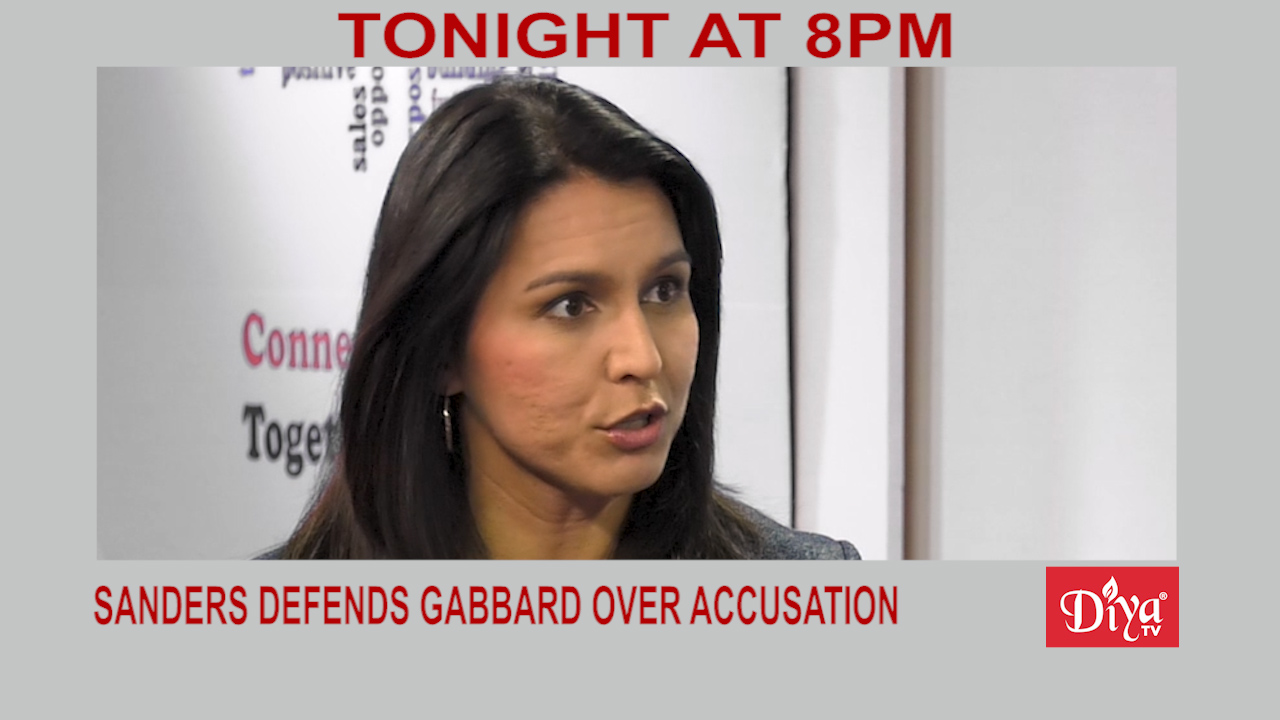 NEW YORK (Diya TV)  — Sparks flew when Hillary Clinton implied Russians were ‘grooming’ Tulsi Gabbard for a third-party run. Gabbard blasted Clinton and got a fresh jolt of support for her campaign. Staunch supporters for Clinton like Neera Tanden continue to criticize Gabbard for her meeting with Syrian President Bashar al-Assad, among other reasons. Presidential candidates are also chiming in, with Andrew Yang, Marianne Williamson and Bernie Sanders all standing up for Gabbard. Sanders, who Gabbard supported in 2016 over Clinton, said in a tweet “people can disagree on issues, but it is outrageous for anyone to suggest that Tulsi is a foreign asset.