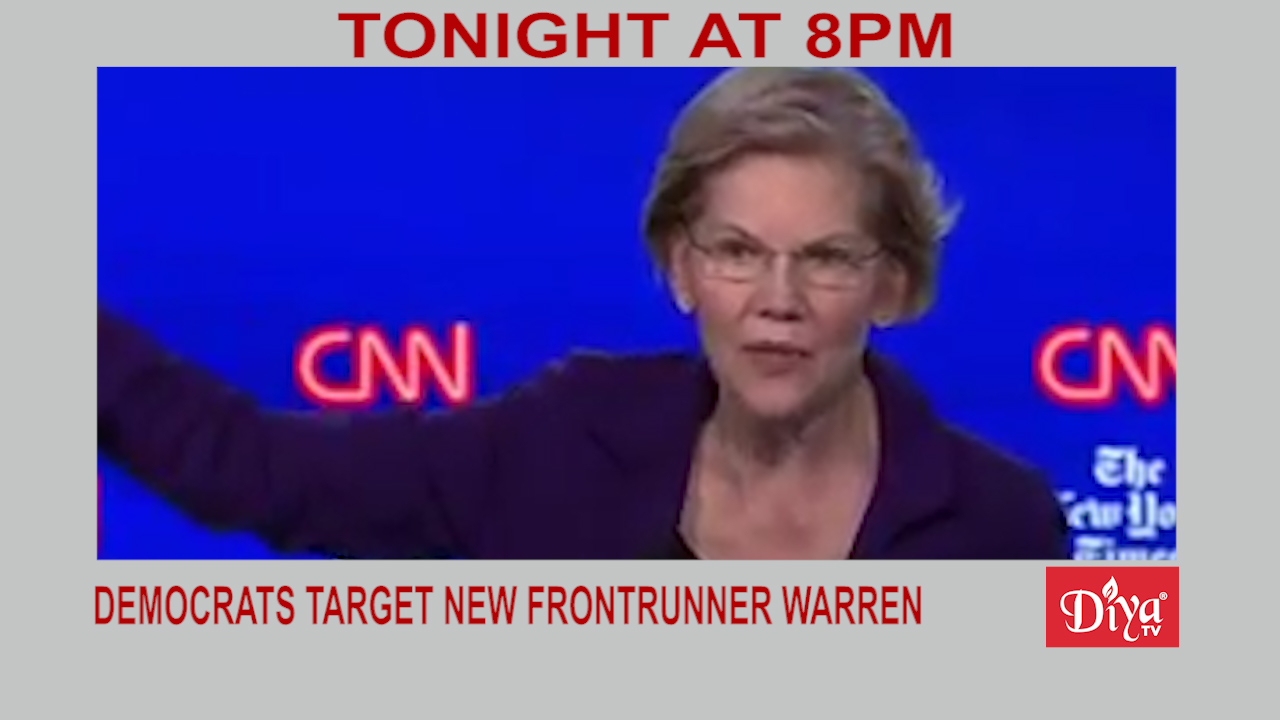 WESTERVILLE, Ohio (Diya TV)  — In Ohio, Democratic Presidential candidates took to the stage for the fourth time in this 2020 cycle, with the new target of interest being Sen. Elizabeth Warren, who has surged in recent polls. Sen. Bernie Sanders, coming off a recent heart attack, looked reinvigorated, especially after it was revealed he received endorsements from progressive Congress members Alexandria Ocasio-Cortez, Ilhan Omar and Rashida Talib. Sen. Kamala Harris, in her appeal to voters, referenced her mom’s journey from India to the U.S.

In the first television ad bought in Tennessee’s 2020 U.S. Senate race, Republican candidate Dr. Manny Sethi focused on illegal immigration, using his own family story to explain. A Nashville trauma surgeon in his first bid for office, Sethi says in the ad “let ‘em try to call me a racist,” when his mom Dr. Chander Sethi shared the story of how she and her husband fulfilled all legal requirements to immigrate to the United States.