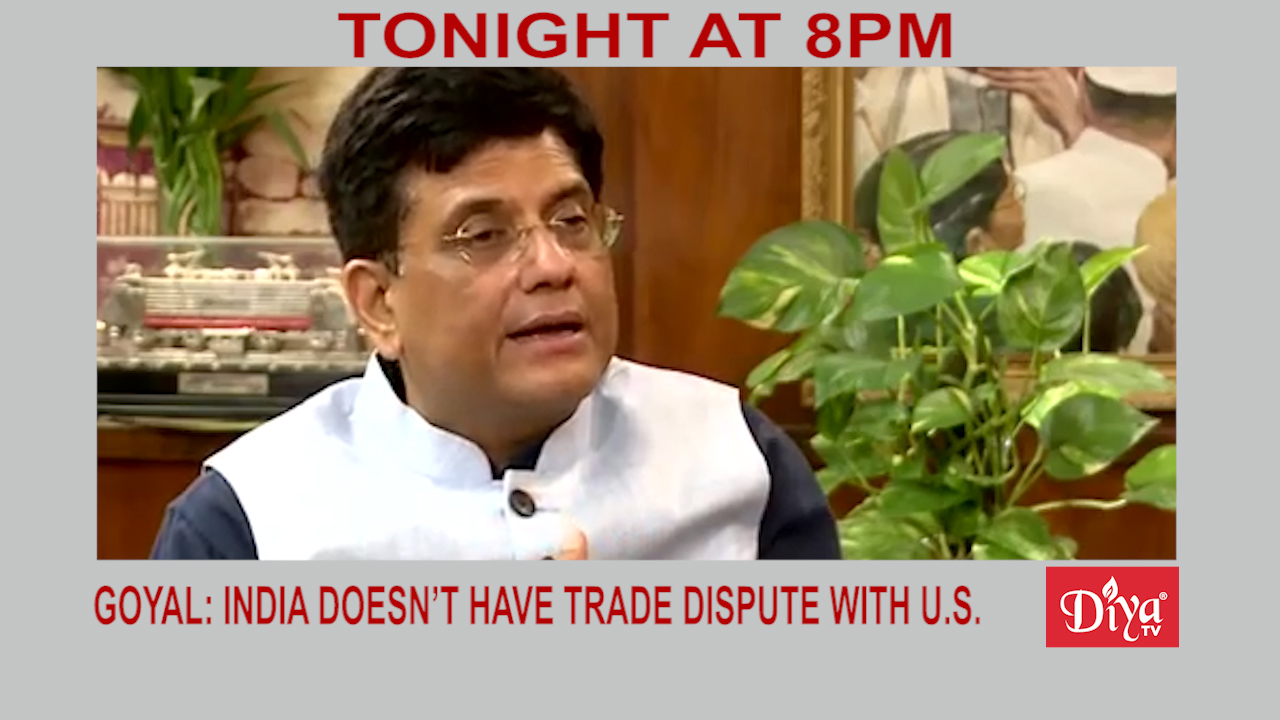 WASHINGTON (Diya TV)  — As India and the U.S. continue to debate trade policy, India’s Commerce Minister Piyush Goyal said India does not have any trade disputes with the U.S., and that there is huge bilateral trade potential.

Democrats are back it in Ohio, debating to see who will represent the party against President Trump in 2020. It’ll mark the first debate since Sen. Bernie Sanders had a heart attack, the first debate for businessman Tom Steyer and the return of Rep. Tulsi Gabbard to the debate stage.

The Duke and Duchess of Cambridge, William and Kate, are in Pakistan to do some sightseeing, visiting the Pakistan National Monument, and spending time to highlight the UK-Pakistan relationship.

And engineer turned Miss Oregon, Shivali Kadam, is up for Miss America, trying to become the second Indian American to win the coveted pageant.