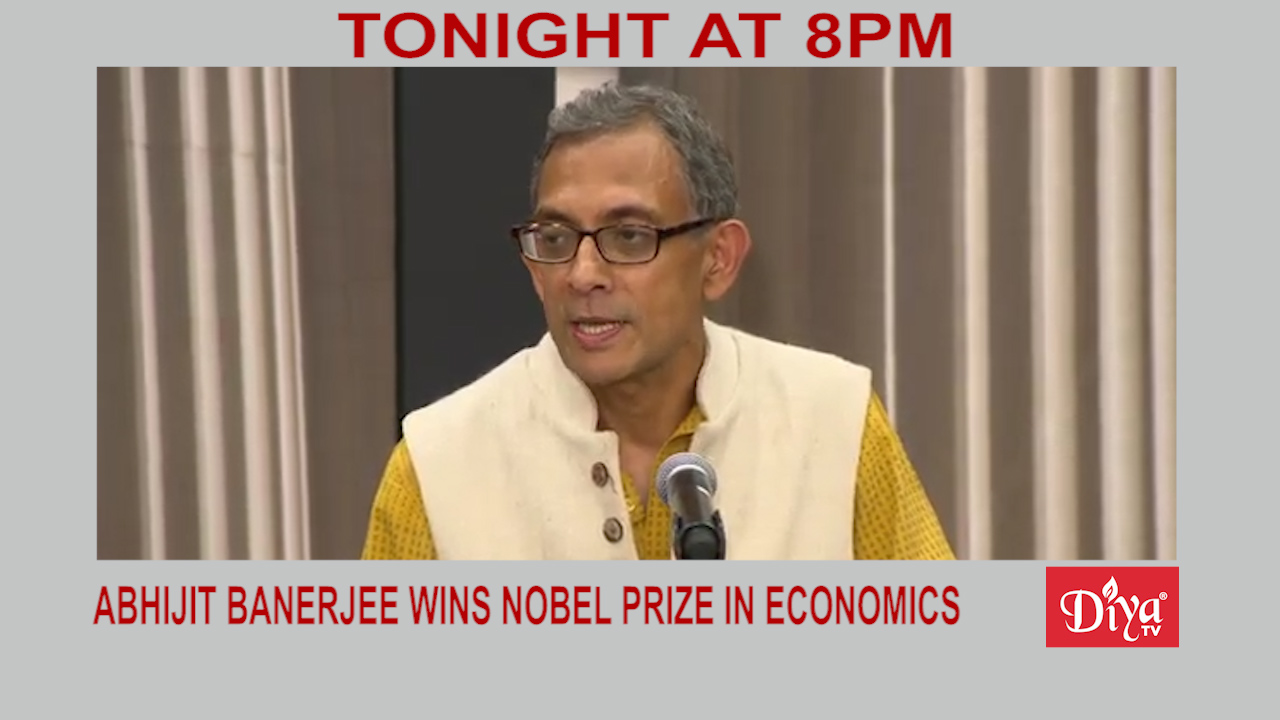 BOSTON (Diya TV)  — Abhijit Banerjee, an economics professor at MIT, won the Nobel Prize in Economics, sharing the honor with Esther Duflo and Michael Kremer, “for their experimental approach to alleviating global poverty.”

A bipartisan effort is underway, led by the Sikh Coalition, asking members of Congress to honor the late Deputy Sandeep Singh Dhaliwal through a congressional resolution.

Pakistani officials arrested four aides of Hafiz Saeed on terrorism financing charges. Saeed, the suspected mastermind of the 26/11 attack on Mumbai in 2008, is also in custody on the same charges.

Veteran Pixar director and animator Sanjay Patel got the greenlight to create “Ghee Happy” for Netflix, an animated reimagining of Hindu deities as little kids discovering their powers. Patel, you may recall, was nominated for an Oscar a couple of years ago for his animated short, “Sanjay’s Super Team.”