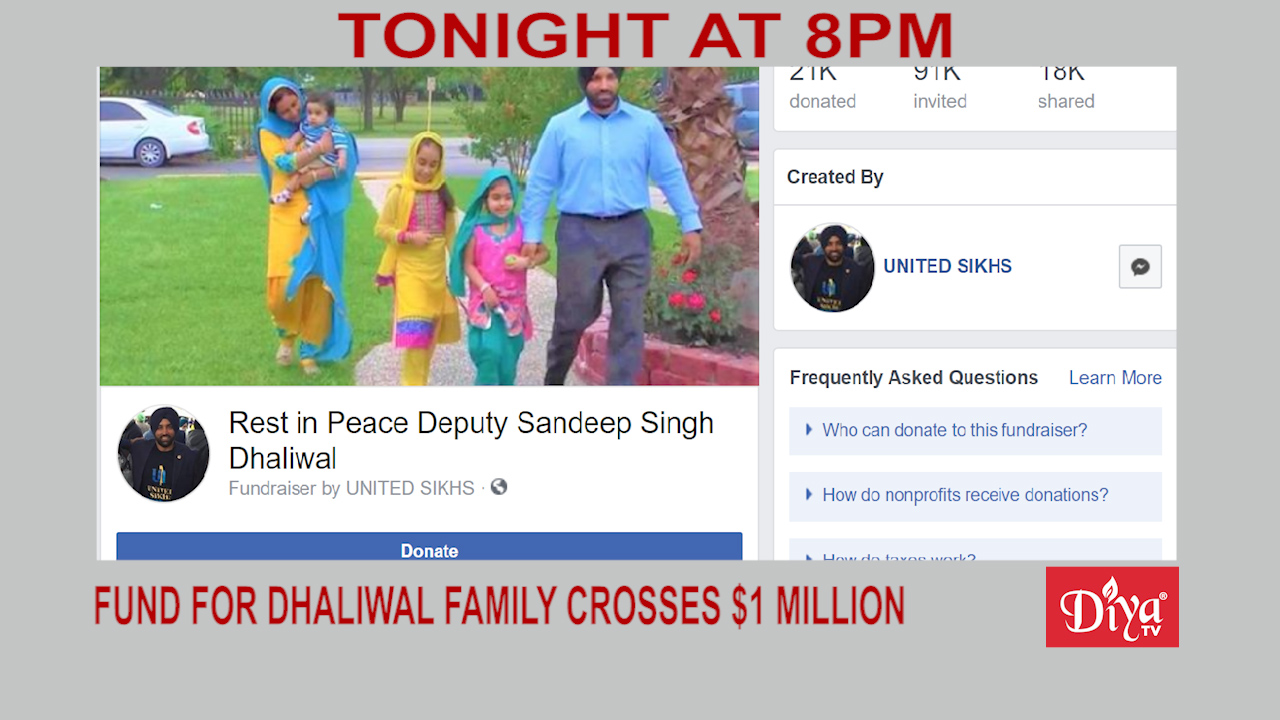 HOUSTON (Diya TV)  — Support for the family of the late Deputy Sheriff Sandeep Dhaliwal continues to pour in, as the total funds raised for his family crossed $1 million online in an effort put forth by the non-profit United Sikhs.

India’s defense minister Rajnath Singh took possession of the first of 36 Rafale fighter jets from France. The defense deal worth more than $8 billion sparked controversy over the lofty purchase price, but no wrongdoing was found.

Actress Mindy Kaling says the Television Academy, the group behind the Emmy Awards, tried to strip her of producer credit on ‘The Office.’ She was forced to justify why she should be included as a producer, yet her colleagues did not have to do so and came to her defense. The Television Academy said the request wasn’t personal.