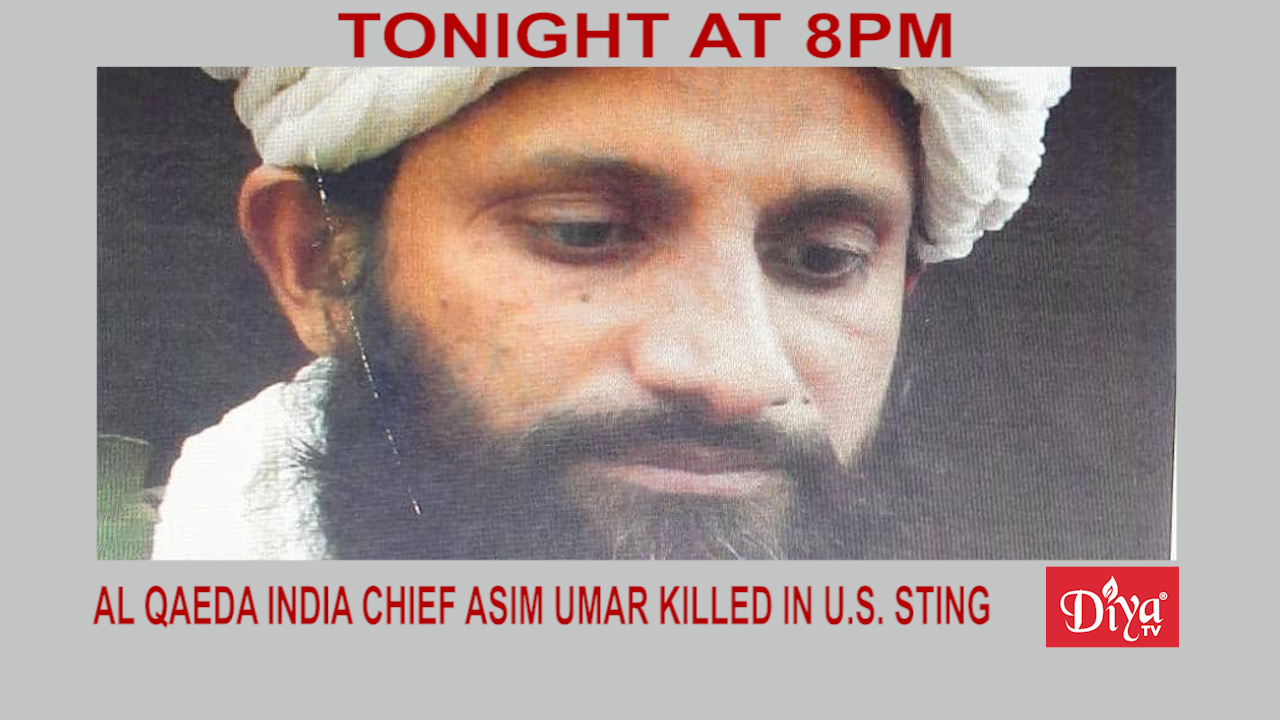 SAN FRANCISCO, (Diya TV) — Afghan officials say Asim Umar, the India-born chief of Al-Qaeda (AQIS), was killed during a joint US-Afghan raid on a Taliban hideout in Afghanistan. Al-Qaeda leader Ayman al-Zawahiri had announced the formation of AQIS to take the fight to India, Myanmar and Bangladesh in September 2014 and Umar led it from the outset. Umar was killed along with six others, most of them Pakistani.

Chinese President Xi Jinping will visit India from October 11th and 12th for the second Informal Summit with Prime Minister Narendra Modi at Chennai, as both India and China look to bolster their bilateral relationship.

Two men in the United States illegally were convicted of helping a third man trying to escape to Mexico after killing a California police officer Ronil Singh. 28 year old Erik Razo and 34 year old Conrado Mendoza were found guilty of conspiring to aid and abet the latter’s brother Paulo Mendoza as he fled. They face up to five years in prison.