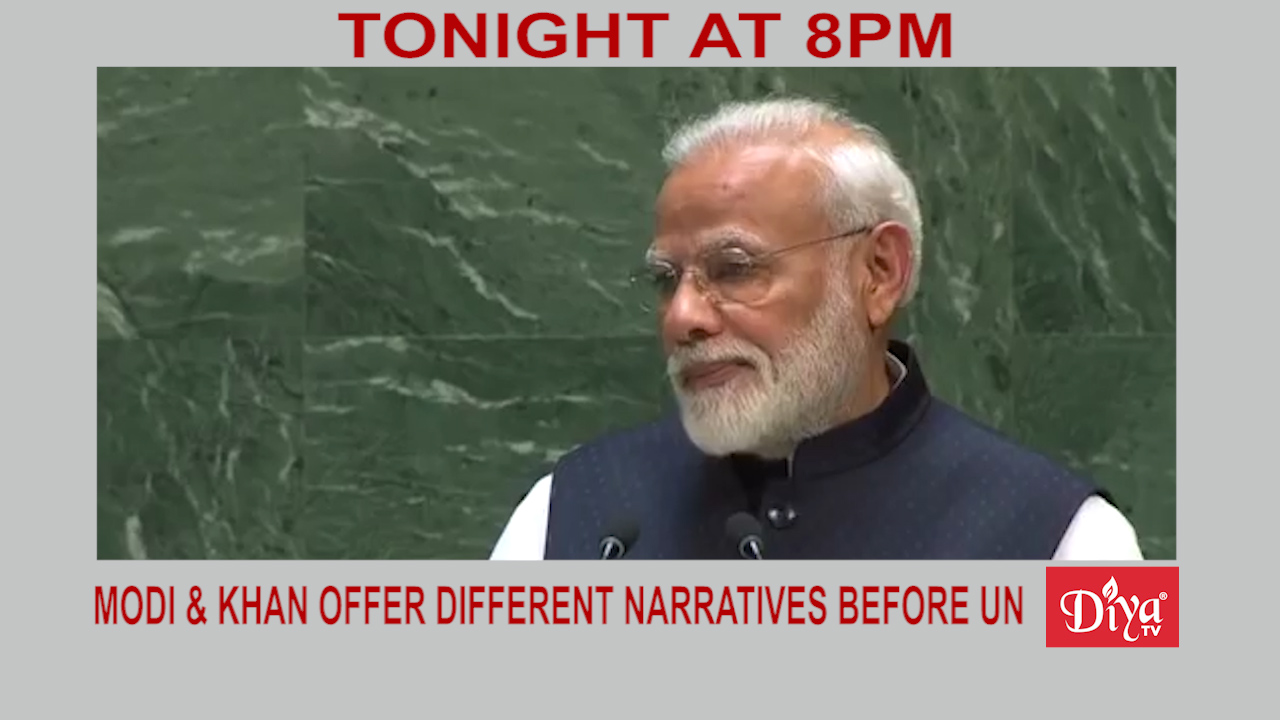 Modi denounced terrorism and did not mention Kashmir in his 15 minute speech, instead focusing on environmental protection and development issues such as healthcare.

Khan spoke for nearly an hour and warned India’s actions in Kashmir could cause a “bloodbath” between these nuclear powers that could have “consequences far beyond the borders.”

Meanwhile, there were dueling narratives in the streets of New York as well, as thousands of people across the street from UN headquarters protested, with some supporting India’s action in Kashmir and others in stark opposition.

Sandeep Dhaliwal, a Harris County Deputy Sheriff and the first Sikh in Texas to wear a Turban while on duty, was shot and killed from behind while conducting a routine traffic stop. Two people are in custody in connection with the shooting. A community-led vigil was put together to pay respects to this father of three.

Former U.S. Ambassador to India Richard Verma was on hand for the launch of the Cornell India Law Center, an effort to teach Cornell law students Indian law and exposure to the subcontinent through internships in New Delhi and a dual-degree program with Jindal Global Law School.