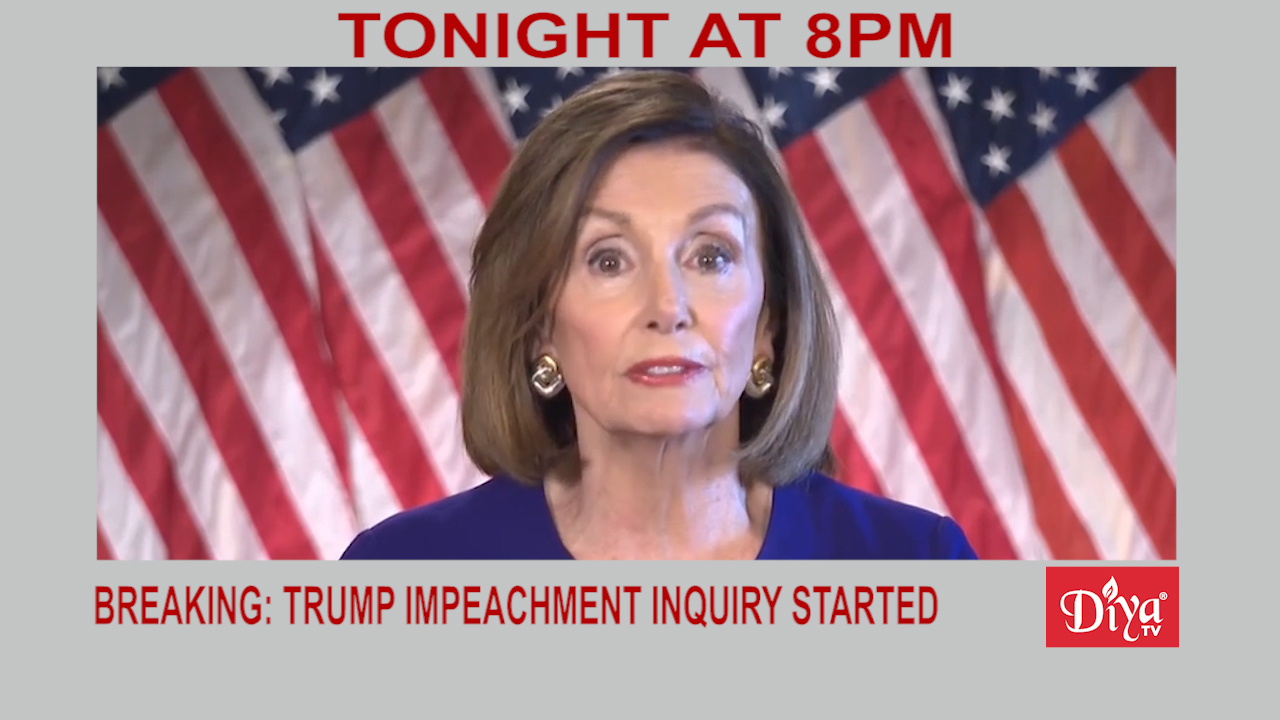 WASHINGTON (Diya TV) —  House Speaker Nancy Pelosi has started a Trump impeachment inquiry. She announced Congress is launching a formal inquiry for a Trump impeachment over a phone call the President made to Ukraine’s President asking him to investigate former Vice President Joe Biden’s son, Hunter. According to a whistleblower, Trump asked his acting chief of staff Mick Mulvaney to put a hold on nearly $400 million in military aid to Ukraine roughly one week before the call. President Trump said he will release the “unredacted transcript” of his phone call with the Ukrainian president tomorrow, tweeting “Can you believe this?”

This news came hours after President Trump met again with Prime Minister Modi, just days after their Houston Howdy Modi spectacle. The bilateral conversation honed in our trade and security.

The UN was also the backdrop for a meeting between President Trump and Pakistani Prime Minister Imran Khan. At the start of the meeting, Trump once again said he would be happy to mediate an agreement between them over Kashmir.

NEW YORK (Diya TV) — 66 houses were vandalized and at least 20 homes of Hindus set on fire in Bangladesh over an alleged social media post considered blasphemous. This comes amid protests by the minority community against incidents of temple vandalism during the Durga Puja last week.

Colin Powell, the first Black US Secretary of State whose leadership in several Republican administrations helped shape American foreign policy has died from complications related to  COVID-19, He was 84.

Diwali celebrations have resumed in Fremont and Cupertino, California after a one year hiatus due to the pandemic. Actor and comedian Omi Vaidya was the Grand Marshall at the Festival of Globe event in Fremont. And Congressman Ro Khanna was one of several elected officials to attend the Bay Area Diwali event organized by the Cupertino Chamber of Commerce.