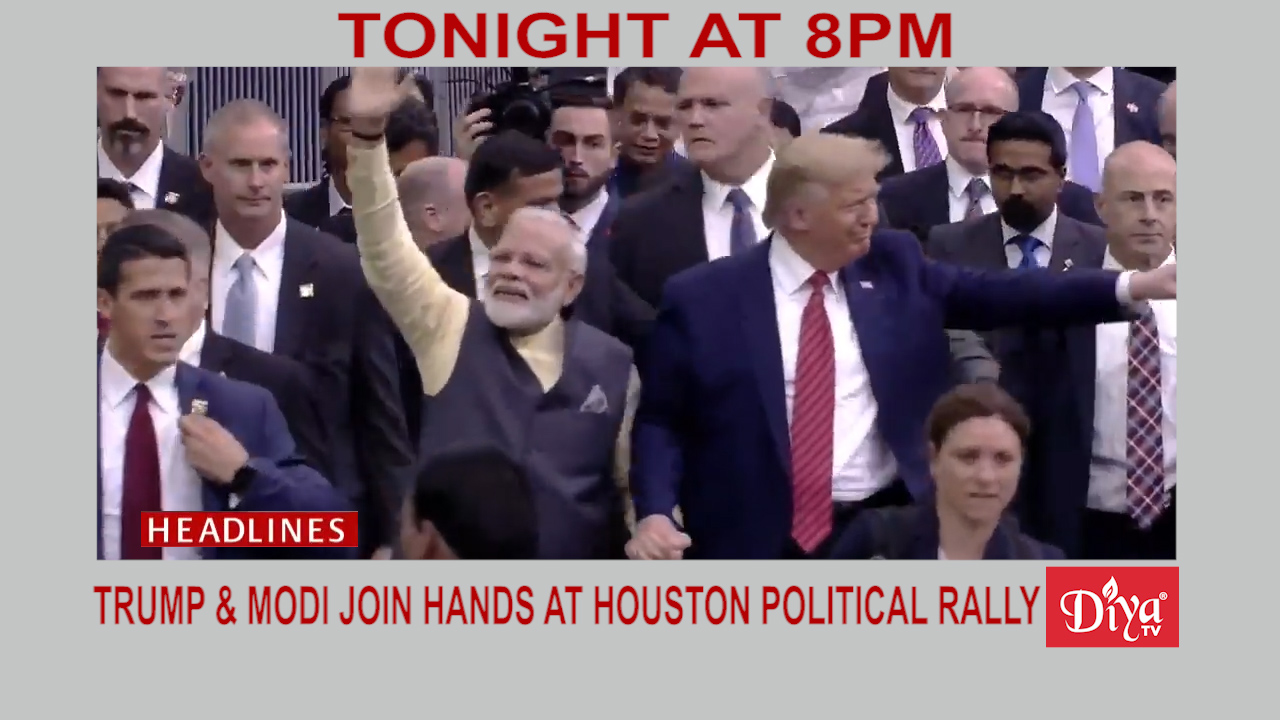 HOUSTON (Diya TV) —  In an unprecedented showcase before tens of thousands of people in Houston, President Trump and Indian Prime Minister Modi demonstrated a political alliance and friendship between U.S. and India that has never before been seen between these two democracies. Modi used his address to the crowd to advocate for Trump because of his commitment to rid the world of terror, while implicating Pakistan for harboring the criminals behind 9/11 and 26/11. Trump spoke about the impact Indian Americans have had on the nation, while stating tackling “radical Islamic terror” was a top priority of his administration.

Meanwhile, in a Diya TV exclusive that has already gone viral around the globe, our Jonathan Choe spoke to protestors outside of the Modi community summit, folks irate at the Indian government for their recent move to change the Indian constitution to integrate Jammu, Kashmir and Ladakh. We go in depth on how protest organizers used social media, WhatsApp, even Google Maps to get their message heard.