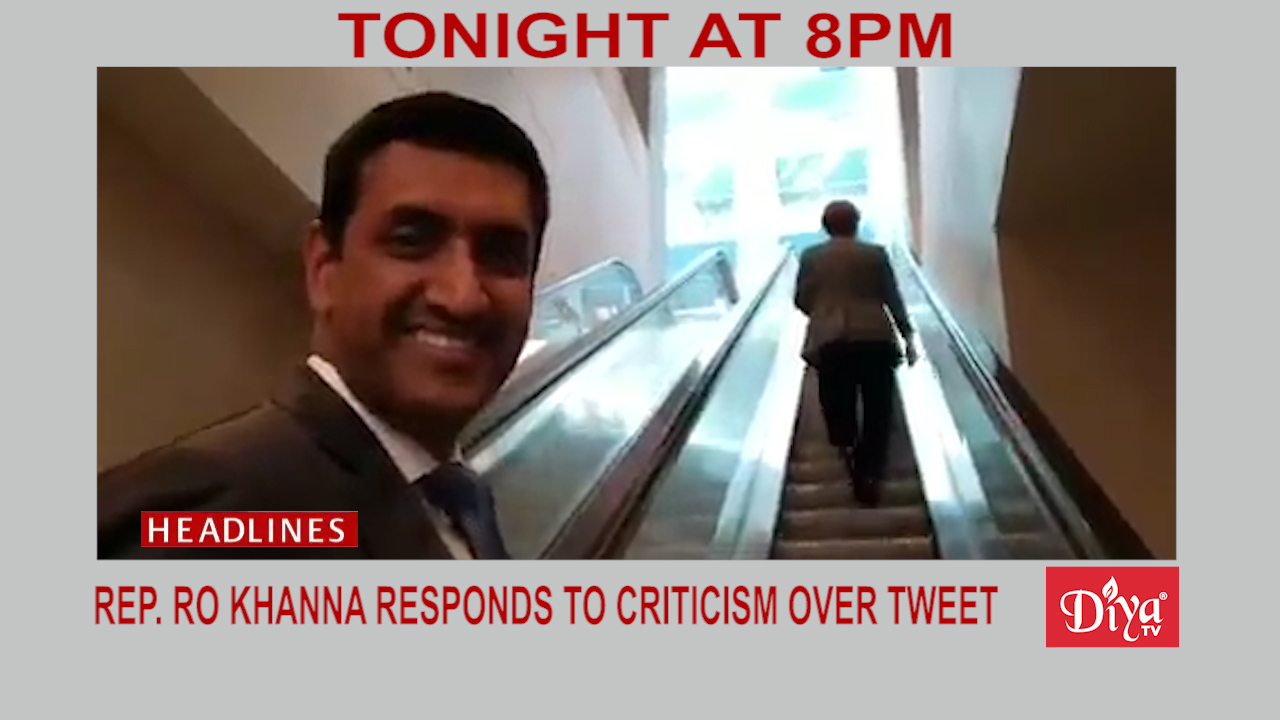 WASHINGTON (Diya TV) — Diya TV spoke exclusively with Silicon Valley Congressman Ro Khanna to get his response in the aftermath of a barrage of criticism he’s faced after posting a tweet that appeared to endorse an anti-Hindu activist.

Indian Prime Minister Narendra Modi is scheduled to hold 20 bilateral meetings during his time in the U.S., including with President Trump. His speech at the UN will focus on India’s efforts in development, peace and security, but no further explanation on Kashmir, as it’s deemed an internal matter.

And ‘A Little Late with Lilly Singh’ debuted on NBC, with her first guest none then other than Mindy Kaling. Singh, who is Indo-Canadian, becomes the first woman of color ever to host a late night network show.