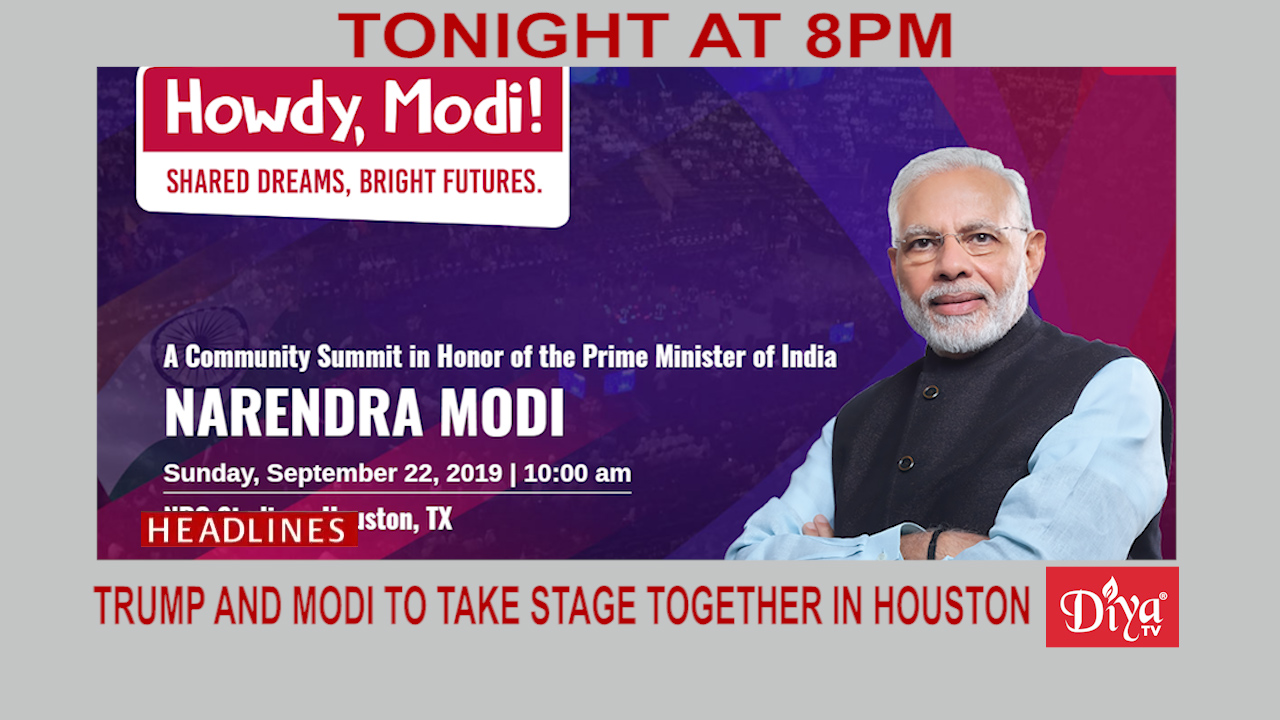 HOUSTON (Diya TV) — Houston will play host to what will likely be the biggest US-India event held to date in the United States, as the Texas India Forum confirmed President Trump will address the crowd at NRG Stadium during Prime Minister Modi’s visit Sunday. The “Howdy, Modi! Shared Dreams, Bright Futures” Community Summit is expected to draw more than 50,000 people, with a bipartisan delegation of Governors, Members of Congress, Mayors, and other public officials on hand. Diya TV will bring you live coverage from Houston Sunday starting at 10 am Eastern/7 am Pacific coast-to-coast on-air and online.

The Hindu American Foundation went to the Capitol Hill to discuss Jammu, Kashmir and Ladakh with staff from the House & Senate. Part of their discussion was about the plight of the 350,000 Kashmiri Hindus systematically killed in the region by Islamic forces.

Meanwhile, Nobel Peace Prize winner Malala tweeted her concern over Kashmir, asking leaders, at United Nations, among others, “to work towards peace in Kashmir, listen to Kashmiri voices and help children.”

Democrats meet for the third time to debate