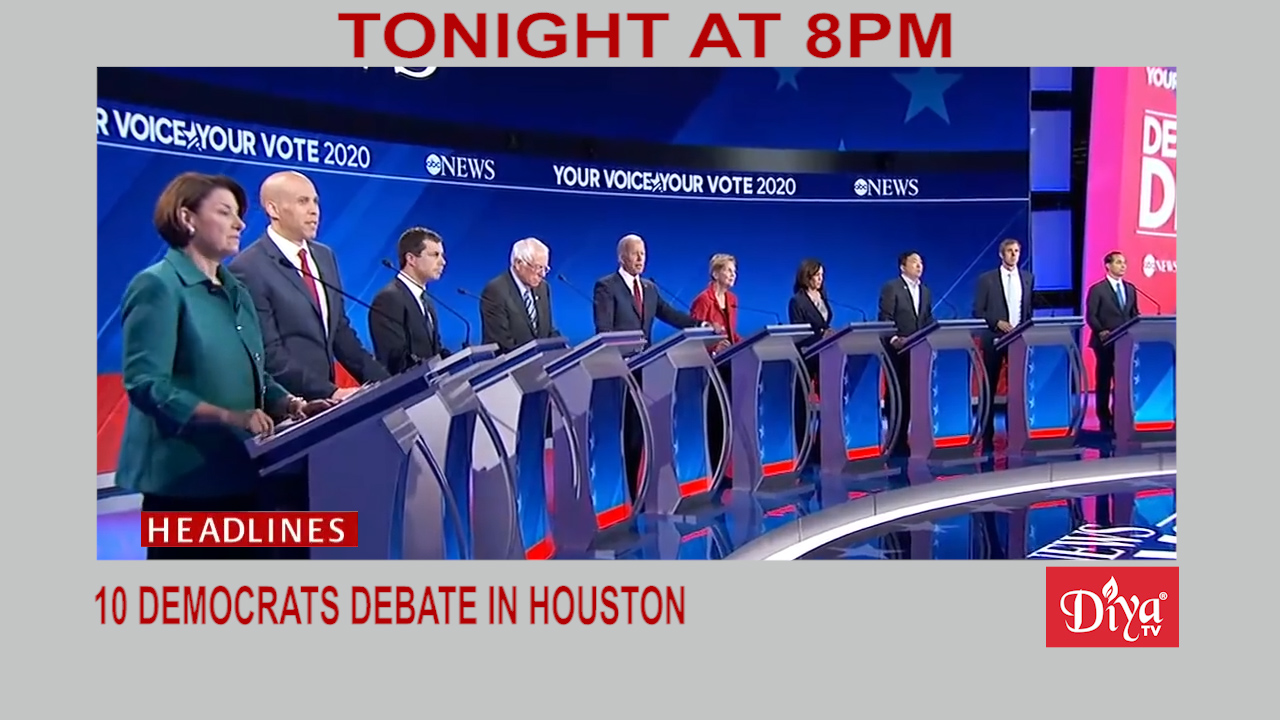 HOUSTON (Diya TV) — Democrats met for the third time to debate, this time in Houston. With the field on stage featuring just 10 candidates, it was more rancorous than the first two clashes.

California Senator Kamala Harris launched ‘South Asians for the People‘ in a video tweet to build support for her presidential bid from Indian Americans and other South Asians. Harris is the daughter of the late Indian American cancer researcher Shymala Gopalan.

Former Indian Prime Minister Manmohan Singh is levying criticism at the current officeholder, Narendra Modi and his government for focusing on ”headline management” rather than acting to improve a slowing Indian economy.

And actress Felicity Huffman received 14 days in prison, a $30,000 fine and community service for paying to rig her daughter’s SAT scores.

Trump and Modi to take stage together in Houston

India may offer to cut import duties, for U.S. goods