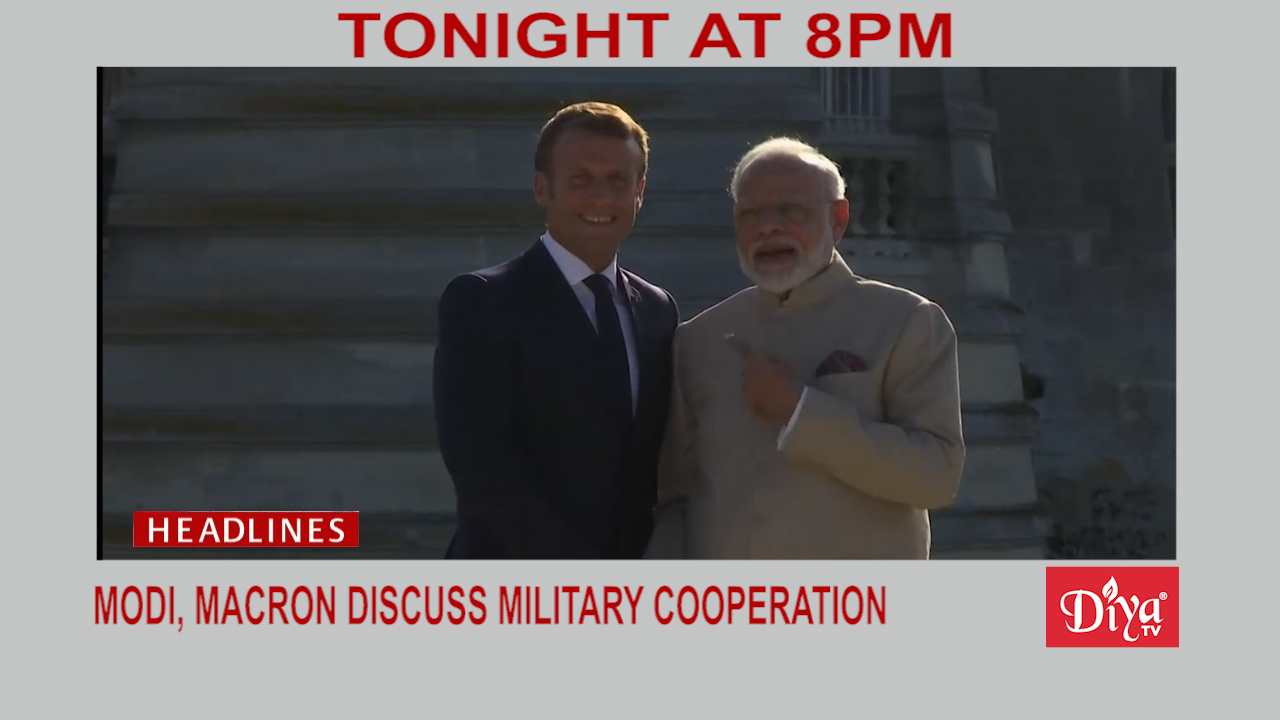 BIARRITZ, France (Diya TV) — Prime Minister Modi is in France for the G7 summit. In advance of the full Summit, Modi met with French President Macron to discuss everything from terrorism and nuclear cooperation to climate change. When asked about Kashmir, Macron said it’s a dispute that should be solved by both India and Pakistan.

Former US ambassador to the United Nations Nikki Haley in a tweet complimented Vice President Mike Pence, saying Pence has been a dear friend of hers for years, dispelling rumors she was interested in replacing Pence as vice president on President Trump’s 2020 presidential ticket.

The Supreme Court announced Justice Ruth Bader Ginsburg underwent treatment for a pancreas disorder.. The treatment lasted 3 weeks, it included chemotherapy and did not spread any further. Ginsburg is 86 years old and has had a number of health scares in recent years, including battles with cancer on multiple occasions.

And we’ll take you to Southern California, where Shaquille O’Neal, a four-time NBA champion, met with the Sikh community at the Khalsa Care Foundation, as part of a national campaign for Papa John’s.