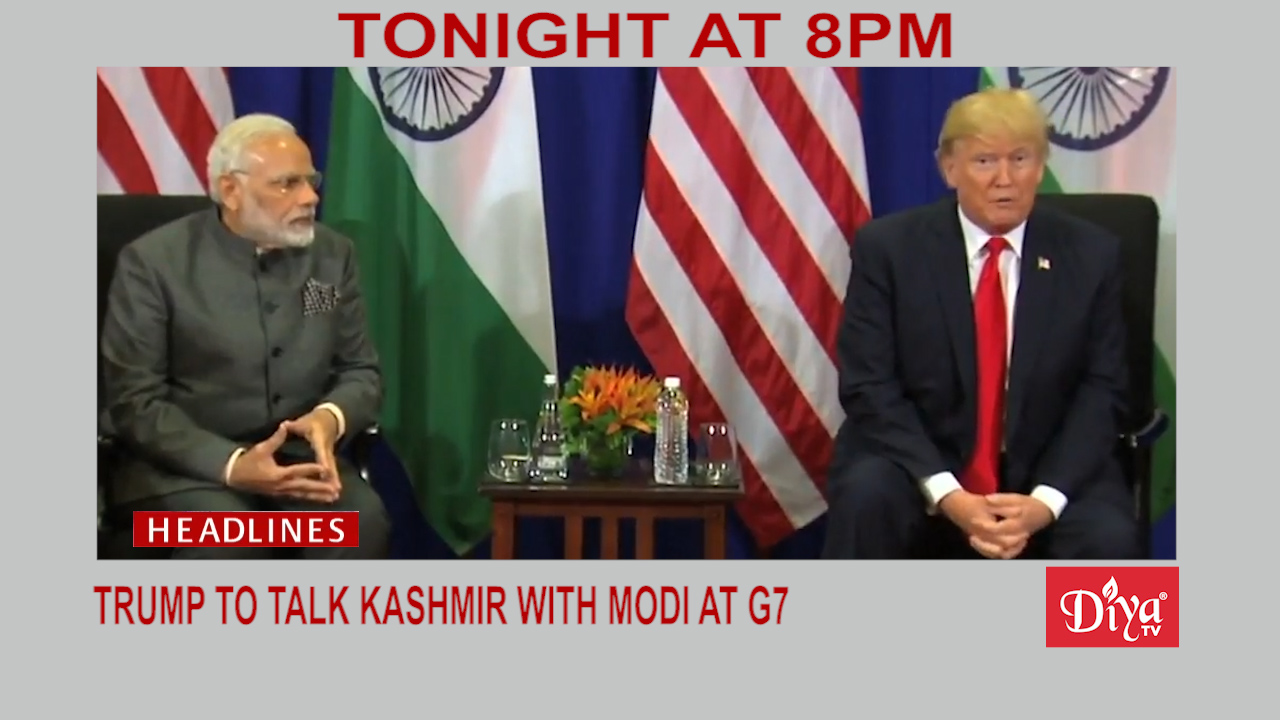 WASHINGTON (Diya TV) — President Trump says he will discuss Kashmir with Indian Prime Minister Narendra Modi when they meet at the G7 Summit in France over the weekend. He’s had conversations with Modi and Pakistani Prime Minister Imran Khan over the past week, emphasizing he’s helping the situation.

Meanwhile, the Trump administration is changing rules that would now allow migrant families to be held indefinitely, ending a procedure requiring children to be held no longer than 20 days. Under the new system, immigrant families could be held for the duration of their court proceeding, which officials claim runs about three months. The rule change will likely be challenged in court.