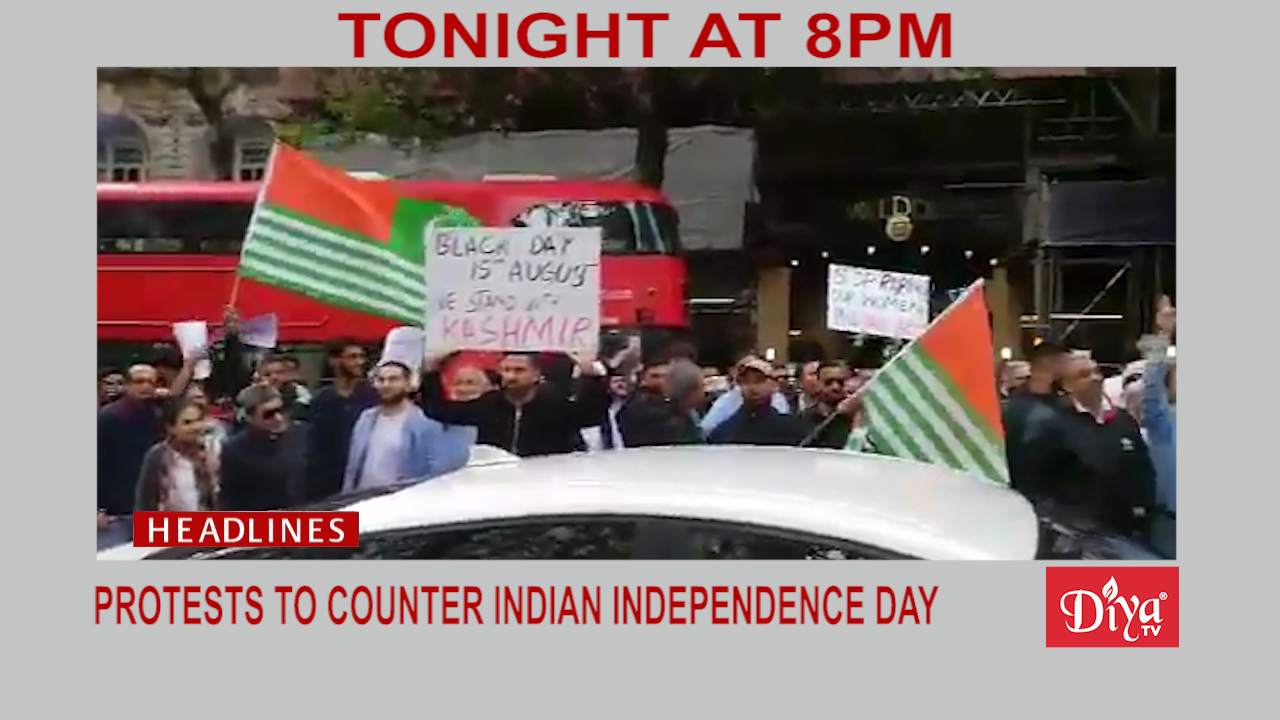 LONDON (Diya TV) — As the diaspora celebrated India’s 73th Independence Day, counter protests were staged as well. In London, things got violent as protesters carrying Khalistani and Kashmiri flags tried to make their presence felt amidst the pro-India crowd. Injuries have been reported, caused by hooligans throwing things into the gathering, forcing the cancellation of the cultural performance.

The scene was raucous in Houston as well, where supporters of Khalistan stood outside of the consulate. A few dozen protesters were on hand at the San Francisco consulate as well, but they were drowned out by pro-Indian chants.

Silicon Valley Congressman Ro Khanna announced he has joined the Congressional Pakistan Caucus to promote peace in the region. The Indian American politician in his second term in the House is also a member of U.S.-India Caucus. In a statement, Khanna said he’s supported legislation condemning the terrorist bombing in Kashmir and wants to promote a stronger defense tie up between the U.S. and India, adding he wants to engage all the regional players, so the U.S. can withdraw troops from Afghanistan.

And the UN Security Council held a closed door meeting on Kashmir. Pakistan is lobbying for a formal session to present its case. Pakistani Prime Minister Imran Khan called the U.S. and other members of the council in advance of the meeting held at the insistence of China.