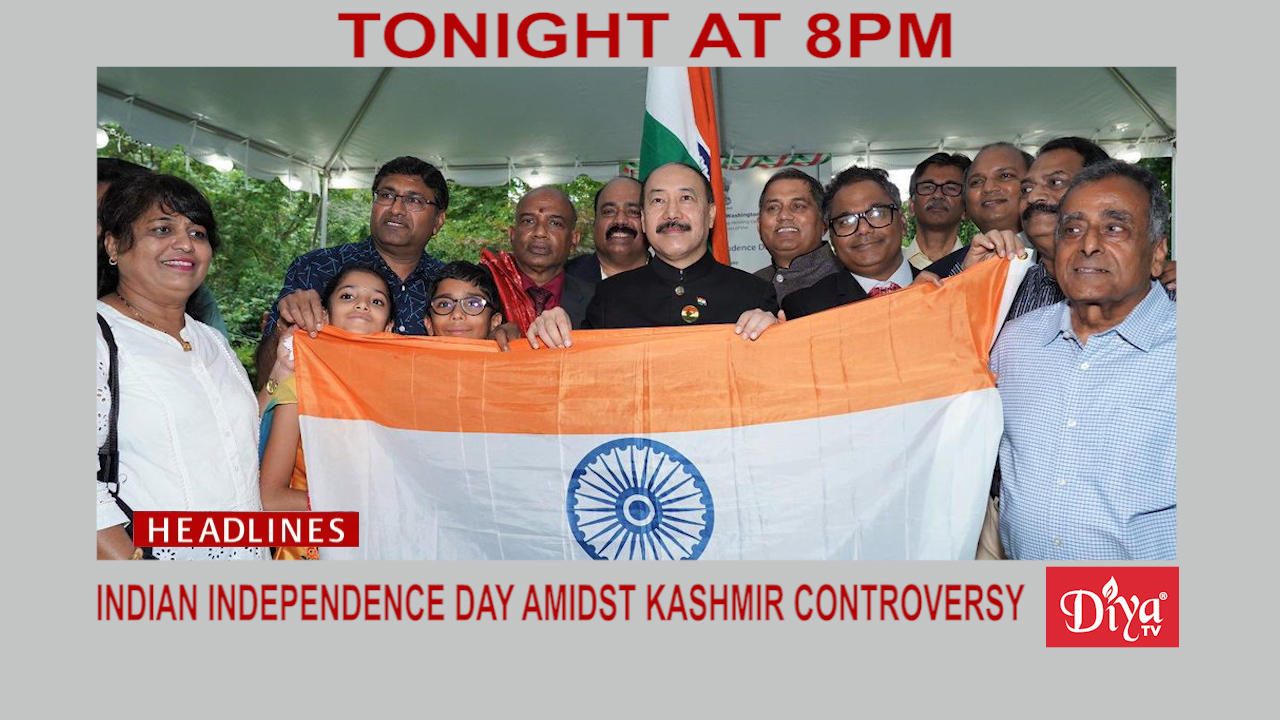 NEW DELHI (Diya TV) — Indians around the world are marking the 72nd anniversary of India’s freedom from British rule with a series of ceremonies, the largest of which took place in New Delhi at a celebration featuring Indian Prime Minister Modi. Over the course of 90 minutes, Mr. Modi spoke about his government’s accomplishments during his term and the pressing matter that is of interest globally, Kashmir. Watch his full remarks in primetime tonight on Diya TV. Coverage begins at 6 pm.

U.S. Citizenship and Immigration Services made their controversial public charge rule official. It will deny green cards to immigrants who have received federal aid and benefits, impacting one million immigrants annually who have received public aid. Aging parents are also likely to be disqualified.

And the Philadelphia community is in mourning over the loss of three members of the Khurana family, who died when their small aircraft crashed shortly after take-off on a flight heading for Columbus, Ohio. The victims, 60 year old Jasvir Khurana and his wife, 54 year old Divya, were respected physician-researchers teaching at Temple and Drexel respectively. Their 19 year old daughter, Kiran, graduated from high school last year. The Khuranas were on their way to visit their other daughter in California. The FAA and NTSB ruled the crash was an accident.