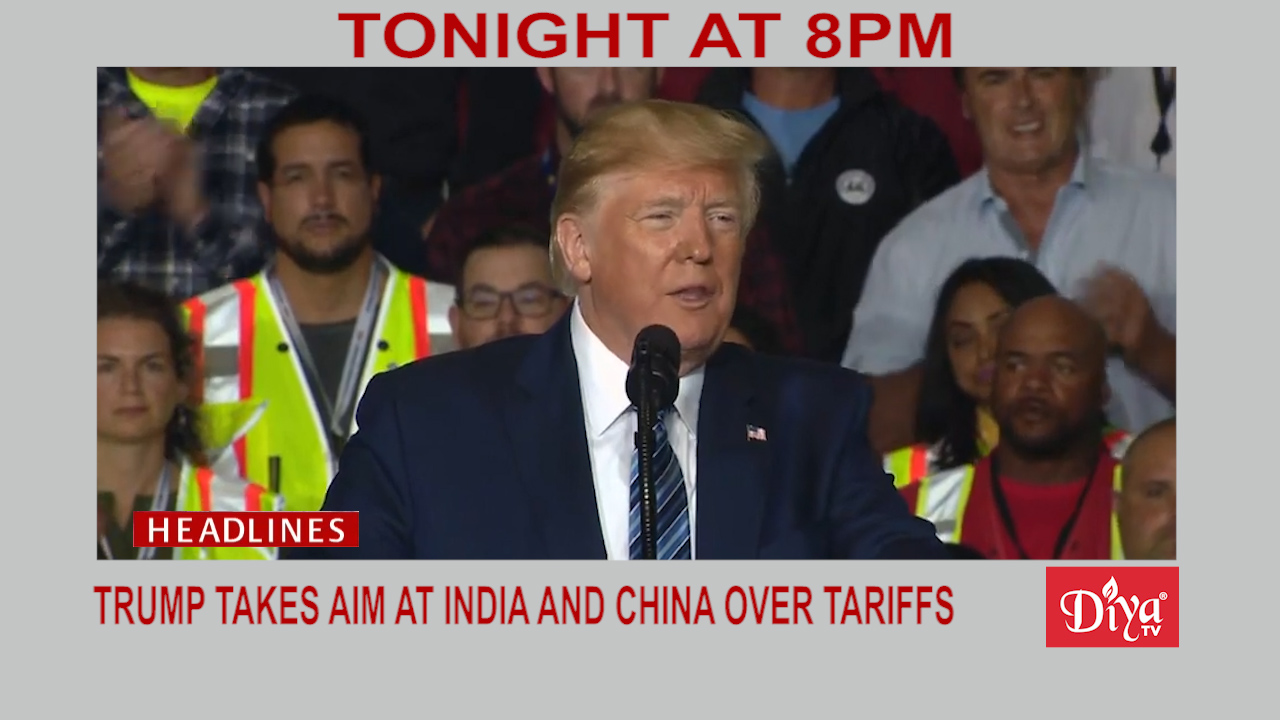 MONACA, Penn. (Diya TV) — President Trump levied more criticism at India and China at a Pennsylvania rally, saying the two were no longer developing nations and were taking advantage of that status given by the World Trade Organization (WTO). Trump added India and China had grown and the US will not let that continue. Trump’s latest comments come as Indian trade minister Piyush Goyal is set to visit Washington next month.

Meanwhile, controlling the narrative on Kashmir has become job one for both India and Pakistan. Indian Ambassador Harsh Shringla said to FOX News that President Trump’s offer to mediate between India and Pakistan is not on the table, as the U.S. State Department and bilateral agreements between the rivals made clear. Shringla added integrating Indian-administered Kashmir with the rest of the nation was necessary to ensure the region will prosper and stay secure.

Pakistani Prime Minister Imran Khan had a more stark assessment to his Parliament, saying he wants to internationalize the dispute and aim to be the regions voice, adding Pakistan will ‘teach India a lesson’ should they attack Pakistani-administered Kashmir.