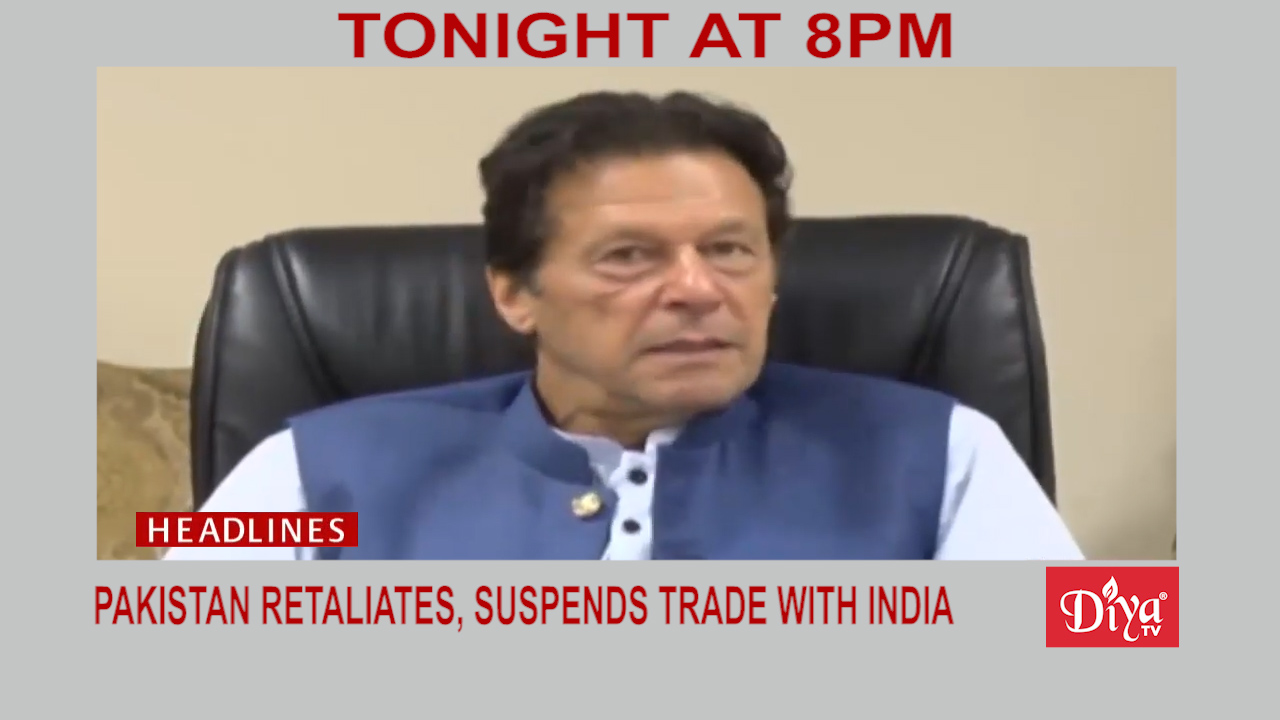 ISLAMABAD (Diya TV) — Pakistan announced they are downgrading diplomatic relations and suspending trade with India. India’s High Commissioner to Pakistan is being asked to leave Islamabad and Pakistan’s Ambassador to India is leaving New Delhi. It’s the latest challenge to the India-Pakistan relationship, after India changed its constitution to reduce the autonomy given to Jammu and Kashmir. Tight security remains in Indian-controlled Kashmir, with all communications suspended.

The man suspected of beating a New York area Hindu priest is not being charged with a hate crime, despite outcries from many in the Indian community. New York police say there was no evidence to support such a charge. The priest, Harish Chander Puri, suffered major head wounds and was hospitalized, but is now back to work.

California citizens are being asked to join the commission that will draw up the boundaries of the state’s Congressional, State Senate, Assembly and Board of Equalization districts. The deadline to apply for this part-time paid position is August 19th. And state representatives tells us they would like Indian Americans to apply so the board better reflects the makeup of California’s population. More information can be found here: https://shapecaliforniasfuture.auditor.ca.gov