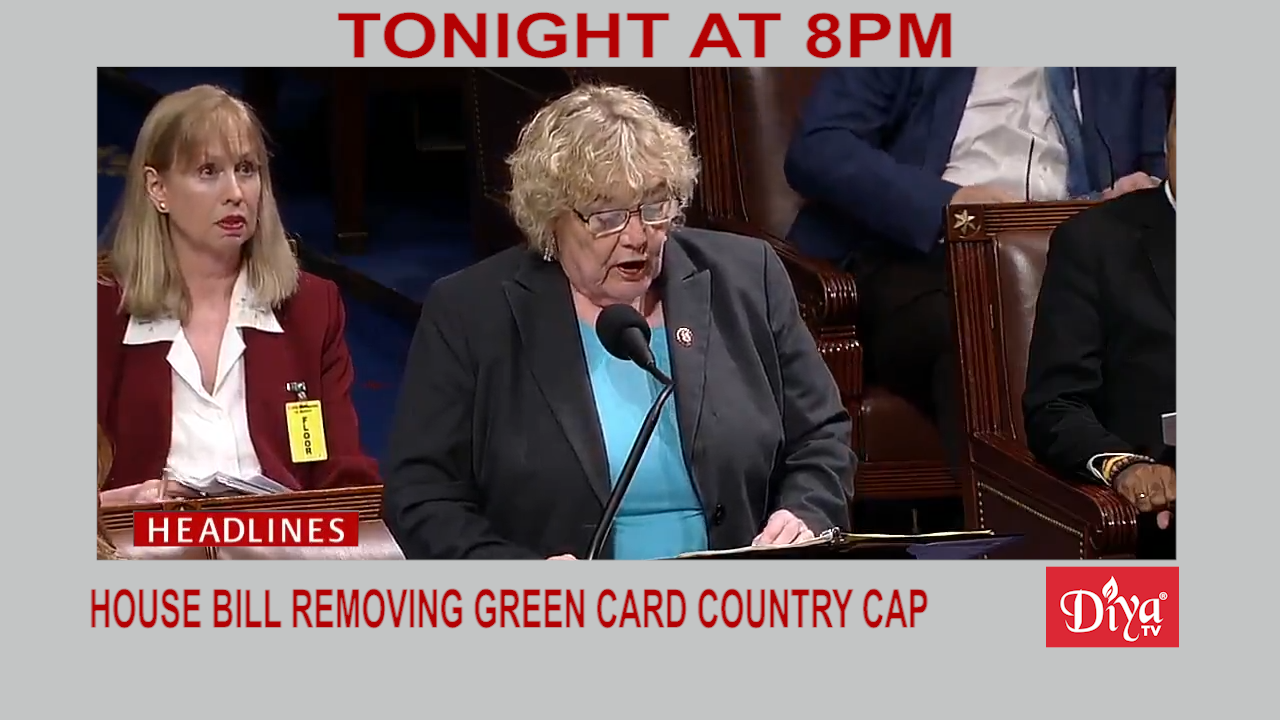 WASHINGTON (Diya TV) — The House of Representatives passed a bill to lift the current seven percent country-cap on issuing Green Cards, a development that could benefit thousands of skilled Indian IT professionals.

The United States India Strategic Partnership Forum had a bipartisan feel to it in Washington, as the event was keynoted by House Speaker Nancy Pelosi and Senior Advisor to President Trump, Jared Kushner. Watch both of their speeches to the USISPF crowd exclusively on Diya TV.

Labor Secretary Alex Acosta is resigning his post amid controversy over the way he handled a sex crimes case a decade ago against wealthy businessman Jeffrey Epstein when Acosta was U.S. attorney for southern Florida.

And Mindy Kaling’s open casting call for her upcoming Netflix series led to the hiring of Maitreyi Ramakrishnan, who was cast out of 15,000 people.