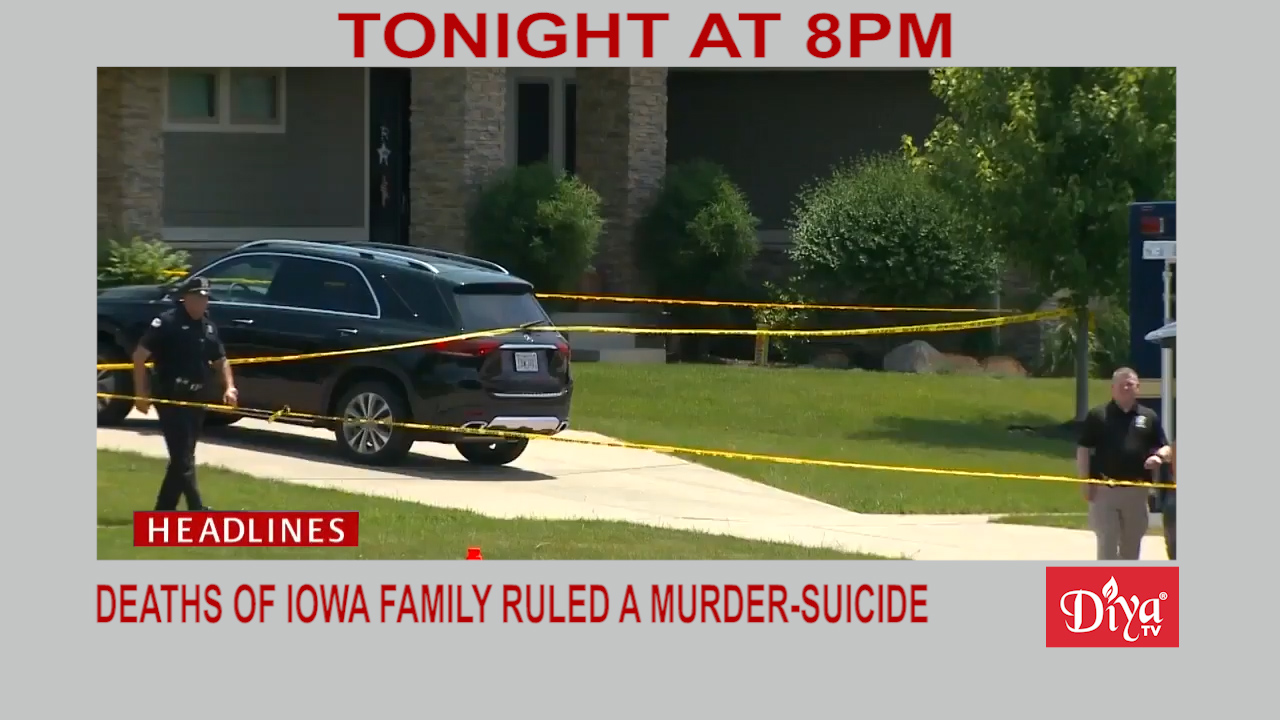 WEST DES MOINES, Iowa (Diya TV) — Iowa police say the shooting deaths of an Indian American family in West Des Moines, Iowa was a murder-suicide. Police said autopsies determined 44-year-old Chandrasekhar Sunkara’s death was a suicide. And the deaths of his wife, 41-year-old Lavanya Sunkara, and their two boys, aged 15 and 10, were homicides.

Top diplomats from the U.S. and India are meeting later this month to continue trade negotiations.

India said this week they will increase tariffs on US exports effective immediately, impacting items like apples, almonds, lentils and several chemical products.

The tax has raised the ire of California Senator Dianne Feinstein, who blamed the situation on President Trump. California almond exports to India are worth more than $650 million a year.

21-year-old Bishwajeet Kumar Jha, who authorities say was the head of a group of Indian college students who cheated more than 20 people out of nearly $1 million in a tech support telemarketing fraud scheme, received a five year sentence to prison in Rhode Island.

And we’ll introduce you to the pioneering broadcasters who called the NBA Finals in Punjabi for the very first time.