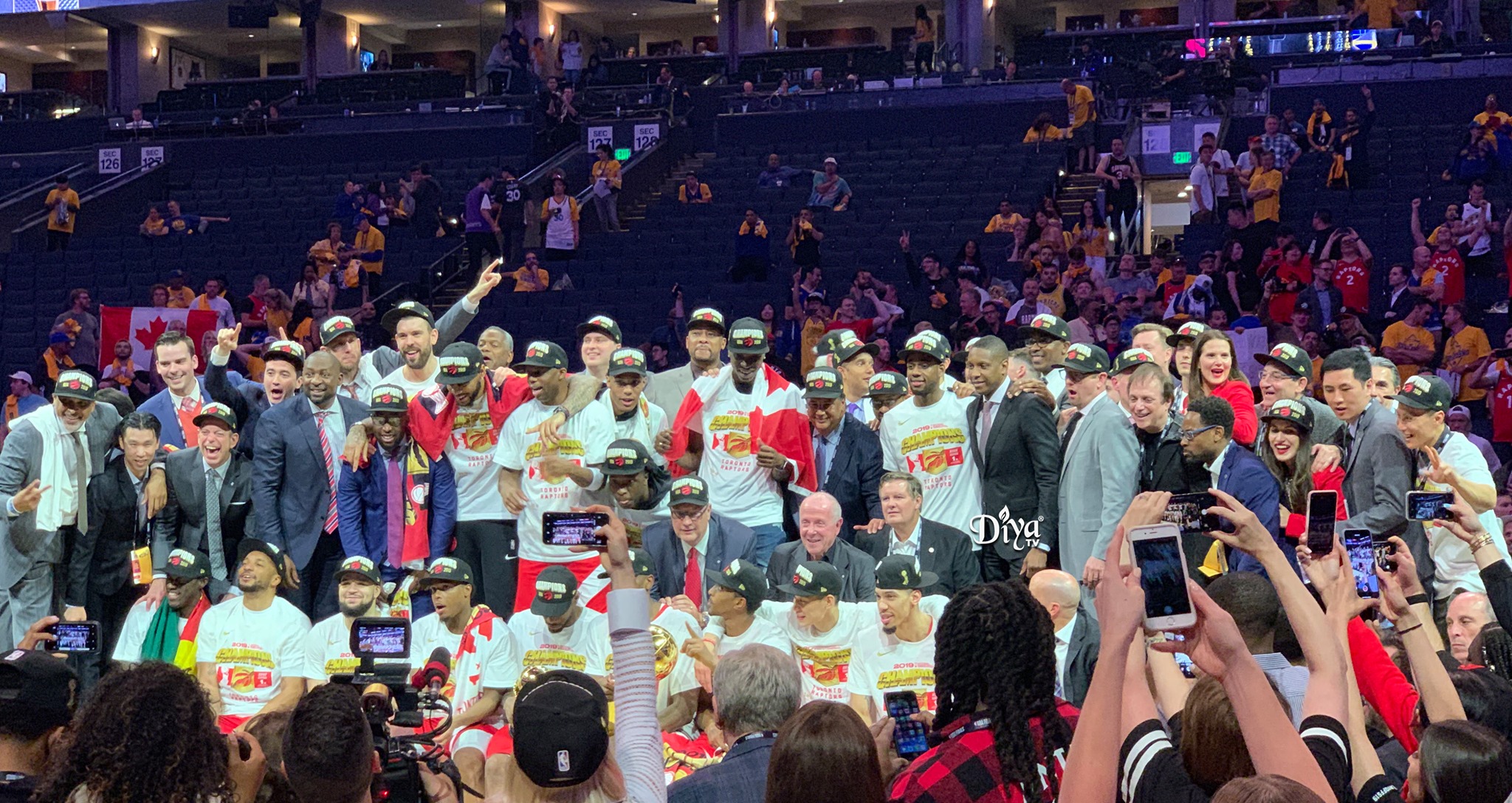 OAKLAND, Calif. (Diya TV) —  The first Canadian team ever to win the NBA Finals, the Toronto Raptors fought earnestly and took down the NBA’s newest dynasty: the Warriors. The Raptors faced many hurdles in the playoffs, trailing 1-0 against the Magic and 2-0 against the Bucks. They put all of that behind and surged towards a 3-1 start in the Finals, which became increasingly difficult for the Warriors to overcome as they were tackled with injuries.

Kawhi Leonard, the Finals MVP, joined an elite group of players which have won a Finals MVP on two different teams. Among these players are Kareem Abdul-Jabbar and LeBron James, and now Leonard with a Finals MVP with San Antonio and Toronto.

Toronto was filled with star-power, with Fred VanVleet stepping up in the fourth quarter with three-pointers, and Pascal Siakam taking crucial layups in the paint. Kyle Lowry contributed throughout the series, whether rebounds, points, or simply aggression was needed. This lineup, together, took down NBA’s lastest dynasty.

The Warriors, however, put up a worthy fight, staying inches away from winning even with their best player Kevin Durant out and then the sudden loss of Klay Thompson in Game 6. Both teams fought with fervor and passion, with the Raptors inching closer to the Larry O’Brian Trophy as every second on the clock.

With the offseason looming, many questions are yet to be answered. Will this Raptors team maintain its core and stay together? If so, will they be able to storm into next season with skillful play? Most likely, yes. After what they have put together, the intention would be to establish themselves as the new NBA dynasty and completely overthrow the Warriors. Nick Nurse won his first championship in his first season coaching the Raptors. With the coach not likely to move, it seems as if the core will stay in place.

The Warriors’ offseason is uncertain, as this aging team has its contracts expiring. Kevin Durant is invariably out for next season after suffering a devastating achilles injury. Will he stay with the Warriors, or will he sign with another team? His injury may influence which team picks him up, as he will be out of commission for the upcoming season. Klay Thompson will become a free agent, but will he stick with the Warriors and his fellow Splash Brother Steph Curry, or lead another team? In addition, players like Andre Iguodala and Shawn Livingston are aging and may not be able to play as much. The Warriors will need to cultivate the young players, like Alfonzo McKinnie, to be successful.

This was the Warriors’ last game in Oracle Arena, as next season, they will be moving to Chase Center in San Francisco. Will they be able to make a championship run there, or will the Raptors emerge victorious again? It all remains unanswered, but for now, the Raptor roars.