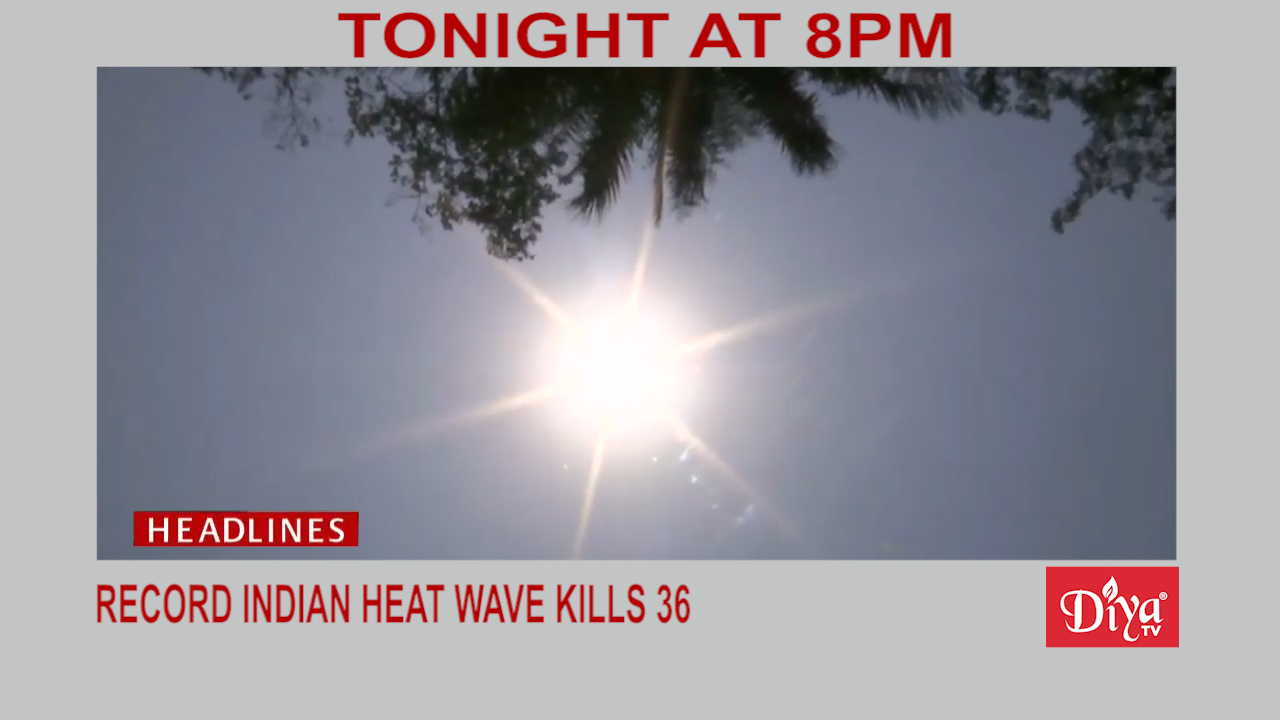 NEW DELHI (Diya TV) — With temperatures reaching 123 degrees, one of India’s longest and most intense heat waves in decades has killed at least 36 people since it began last month. The government warns suffering may continue as monsoon season is delayed.

The Hindu American Foundation, along with the House Congressional Caucus on India and Indian Americans (India Caucus), held a briefing on Capitol Hill entitled “India’s Democracy in Action: A Post-Election Analysis.”

Suhas Subramanyam won his Democratic primary for 87th Virginia House district. If elected, he will become the first Indian American to serve in Virginia state legislature.

52 long seasons of waiting are over for the St. Louis Blues, who went into Boston’s TD Garden and beat the Boston Bruins in Game 7 of the Stanley Cup Final, 4-1.

Diya TV’s Ravi Kapur and Jonathan Choe are in Boston with more on how the Blues ended the NHL’s longest championship drought.

And we’ll have a preview of tonight’s NBA Finals Game 6 between Raptors and Warriors. The Raptors are on the verge of their first NBA title, but the Warriors are riding the emotions of a Game 5 win in Toronto, the loss of Kevin Durant and their final game ever at Oracle Arena.