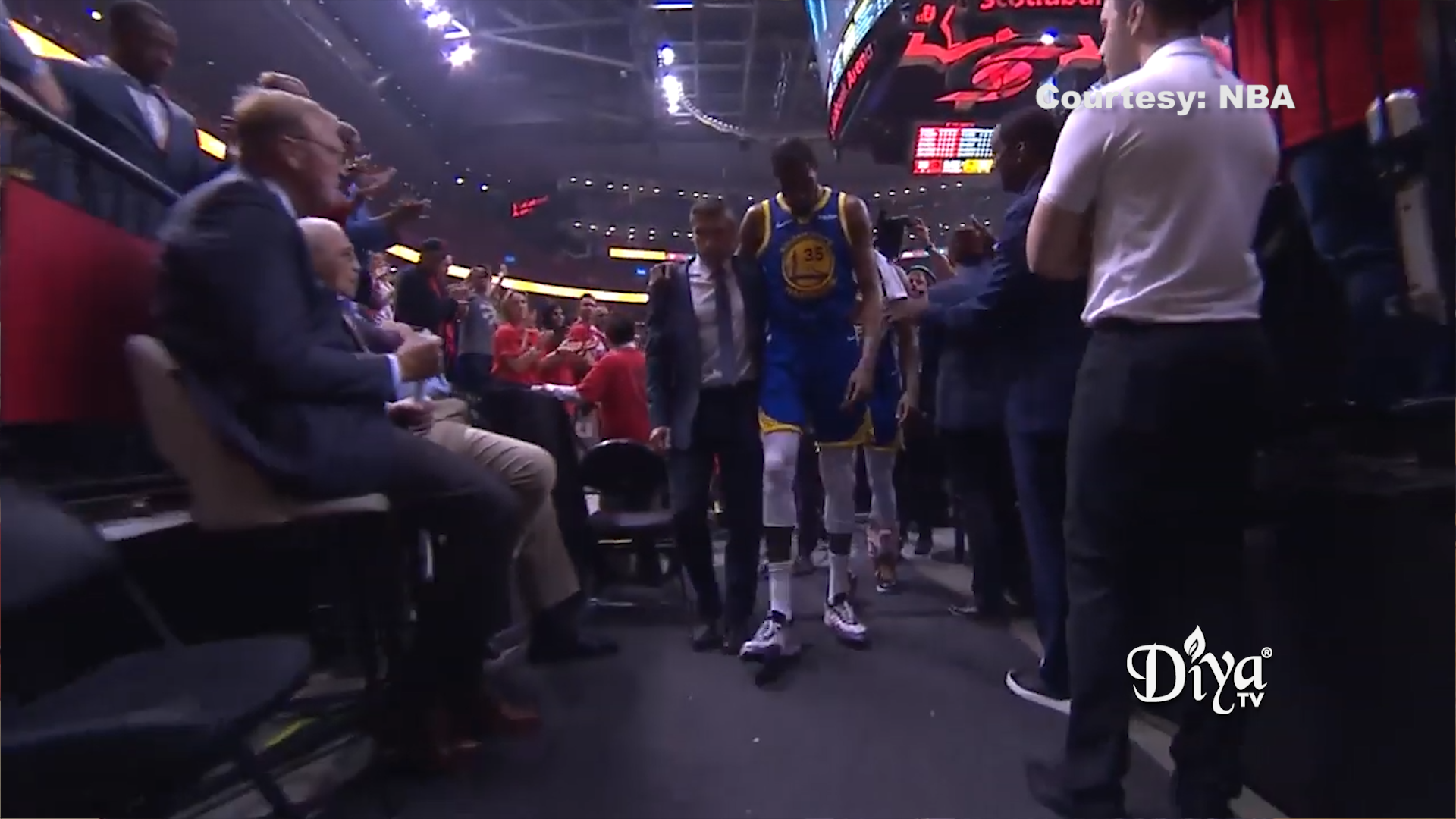 TORONTO (Diya TV) — On the brink of a crumbling dynasty, Stephen Curry stepped back and shot a three. It was the shot which held the Warriors’ fate tight in its grasp. And the Splash Brother made it happen. Twenty four seconds later, the other Splash Brother did the same. Draymond Green sealed the deal by blocking a shot as the clock ran out. And just like that, with less than two minutes left in the game, the Warriors took the lead and won Game 5. It was a flashback to the 2015 Warriors.

The Warriors had seized the lead and maintained it during the first, second, and third quarters. It was late in the fourth quarter when Kawhi Leonard lead his team to a six-point lead against the Warriors. With every shot, the Raptors surged closer to their first NBA Finals win. That was, until the Splash Brothers released a surge of three-pointers. In 3 minutes, they hit three three-pointers, scoring 9 points, while the Raptors scored 2.

The victory, however, came at a cost. Although the Warriors forced a sixth game, Kevin Durant suffered a devastating injury in the first half of his return. As Steve Kerr described, it was “…an incredible win and a horrible loss at the same time.”

The Raptors, on the other hand, came in dominant. However, the presence of Kevin Durant proved too much in the first quarter and the Warriors stole the lead. Once Kevin Durant was hurt, they had the upper hand. DeMarcus Cousins came through for the Warriors, scoring 14 points in 20 minutes, the Raptors outscored the Warriors in the fourth quarter, when Kevin Durant was not playing. Kawhi Leonard lead the fourth quarter comeback with 12 points in that quarter. Lowry, Ibaka, Powell, and him were the only Raptors that scored during that quarter. Siakam and Danny Green were limited to a mere 16 points combined, 12 and 4 respectively. However, Marc Gasol made up for it, scoring 10 points in the first quarter alone.

The Raptors have another chance to win their first NBA title, their second of three. They cannot take any comfort from the fact that they are undefeated in Oracle this season. The Warriors, will have to find a way to win in Oakland to keep the series alive. Game 6 will star both teams racing to win the title. The Warriors need to win two more games, whereas the Raptors need to win just one. Will the Warriors be able to pull this feat off, or will the Raptors seal the deal with one game to spare?

Check out DiyaTV’s court-side analysis of Game 5 by Ravi Kapur and Jonathan Choe.

India blocks entry of a Palestinian rights group into the U.N.

Trump calls 50% tariffs by India on US motorcycles unacceptable