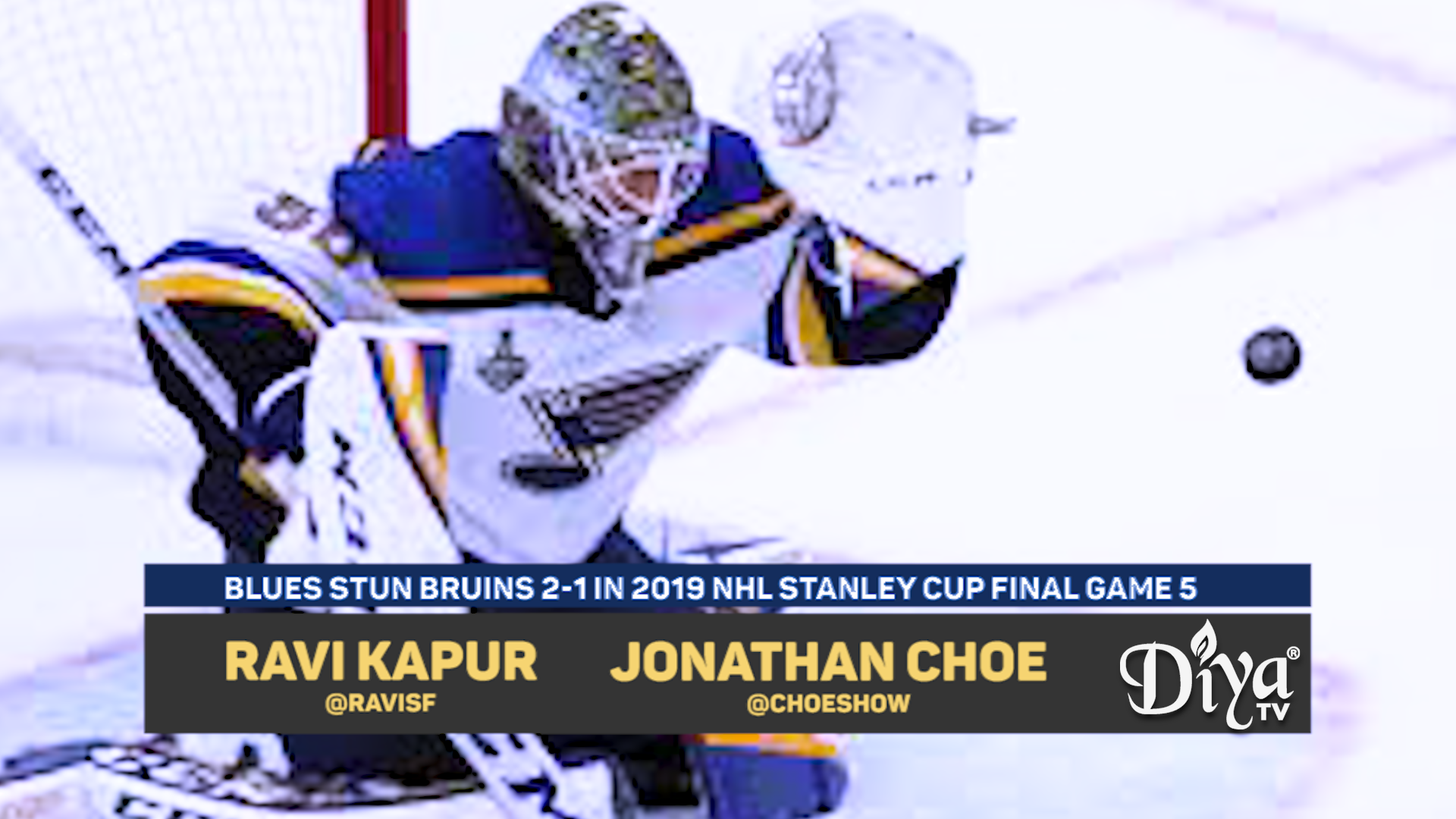 Culture, camaraderie, and campaigning–the ‘Howdy, Modi!’ event had it all. The event was designed to successfully focus on “We the People.” 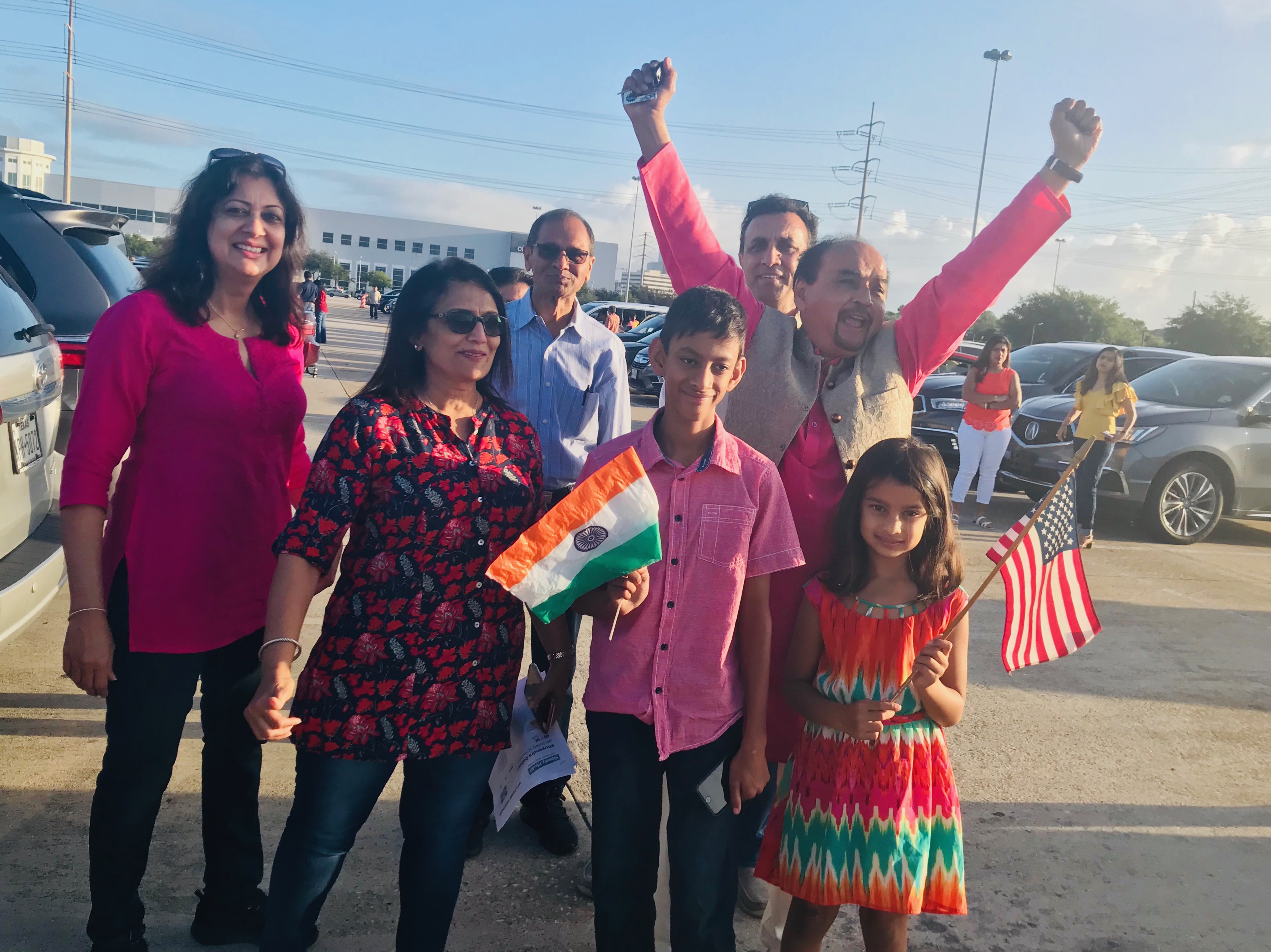 HOUSTON (Diya TV) —  ‘Howdy, Modi!’, the historic event that the Indian American community held its breath for, is over. If you are wondering why Houston, it might have to do more with American politics than Indian. There is a reason, the leader of the largest democracy decided to join the leader of the oldest.

In signature style, both leaders talked about everything the crowds wanted to hear and ended with a spontaneous victory lap around the massive NRG stadium, not leaving each other’s hands for a moment.

Celebrating friendships and cultural ties between the two countries holds the promise of better economic and diplomatic relationships. So in that way, this was a unique event to boost relations between the U.S. and India.

In a two-part production, equal importance was given to cultural events as well as the political razzmatazz.

“This is a cultural, social, and political event. Coming from a nonprofit background, I wish people get together more like this,” said Sattie Persaud, founder of World Heritage Cultural Center, whose Global Ambassador, Alyssa Raghu, sang the US national anthem to kick off the festivities.

“There are generations after generations of cultures that get lost in the sea of all the different cultures in the United States,” Persaud said.

In fact, exploring these generational routes was the theme of a skit that 19-year-old Tejal from UT Austin was a part of. She said that practicing Bollywood fusion dance with her troupe was “a matter of self-identity—trying to balance two cultures, and benefit from both.”

There were no pyrotechnics and calisthenics to surprise the audiences, rather a pride of the familiar. Students from universities across the U.S. presented classical, folk, and fusion dance and music pieces. It started with a Gurbani, then the show meandered from classical dances of India to acapellas, from country music and guitars to dhol-tasha.

And then in an ecstatic moment for the crowds, PM Modi came on stage. He met a congressional delegation from across the country. Soon enough Trump joined in.

The bonhomie of an electoral base

Houston was no accident. The traditionally ‘red’ state of Texas has most recently seen some bursts of blue. It boasts a whopping 38 electoral college votes out of 538.

For the first ten minutes PM Modi enthralled crowds just by speaking of the great achievements of President Trump. Crowds chanted “Modi”, “India”, and “USA”.  “You (President Trump) had introduced me to your family in 2017, and today I have the honor to introduce you to my family,” said PM Modi, pointing to a cheering crowd. President Trump returned all the adulation back. He commended the “hardworking” Indian American community while drawing parallels between the conservative core values of the two countries.

“This historic Modi-Trump mega show may help Trump get a majority of the 4 million Indo-American votes,” said Dr Randeep Suneja, a prominent cardiologist and humanitarian based in Houston.

Once Modi was done donning praise for the President, Donald Trump took the stage to address the capitvated 50,000 Indian Americans and wento on to acknowledge the contributions of the community, saying “we are proud to have you as Americans”. The Indian American vote bank for Trump was certainly ticking upwards.

PM Modi and the audience gave President Trump a standing ovation as he called out “radical, Islamic terrorism.” He went on to oddly correlate India’s efforts to protect its borders with his own efforts to stop immigration from America’s southern borders.

“We want to promote excellence, self-determination, and enterprise, as opposed to a culture of victimhood and entitlement,” explains native Texan and attorney Sanjay Narayan. He is also a board member of the Texas Asian Republican Assembly of North Texas. “Illegal immigration is deeply unfair to millions of wonderful legal immigrants, who work hard, pay their taxes, follow our rules, and obey our laws,” he said.

The Trump administrations, increasingly administrative strictures and requirements for visa and citizenship granting processes have disappointed the foreign workers of the Indian community. Despite Indian diplomacy and lobbying by major corporates, no breakthrough results have been achieved.

“I am firmly against illegal immigration, but I want a welcoming legal immigration policy,” says Narayan. This is largely the position of Republican party leaders across the U.S.

Modi came back up on stage, this time for an almost hour-long speech in Hindi. His talk was broadly organized around two points: welfare and farewell.

He spoke of the many successes of his government over the last few years—some substantiated by numbers, rest by rhetoric. That was the welfare part.

Finally, in his farewell to redundant policies and practices, PM Modi talked mostly about his government’s measures to reduce corruption. Then, what really roused the crowds, was his assertive farewell to Article 370 of the Indian Constitution that ended the temporary special status of Kashmir in India. This was the zenith of an uproarious audience at “Howdy, Modi!”

“Article 370 has truly made him the most decisive, fearless, and greatest PM that India has ever seen,” said Dr. Suneja.

The crowd was enthralled. Modi walked up to Trump and hand-in-hand, Trump and Modi went around the stadium, waving at the cheering crowd. The walk, seldom witnessed in international diplomacy, was a sign for Indian American voters. Northern California head of the Overseas Friends of BJP (Bhartiya Janata Party) Chandru Bhambra, noted “Just only by standing with a Most Powerful Leader of the world Prime Minister Modi, Trump will transform most of the Indian Voters into his fold.”

Less than a mile outside the venue, a significant assembly of protestors stacked their placards and rolled up flags of Khalistan and Azad Kashmir. Chanting “Azadi” (freedom), the protestors held placards that read “Free Kashmir” and “Modi is Hitler”. Claiming the ‘majority muslim’ region of Kashmir needed to be “Free” from India’s Hindu nationalist regime.

15 percent of the Indian population is Muslim, and 19 districts in India have a Muslim majority. To many Indians, this is an internal matter and the issue of Article 370 is one that grossly misunderstood.

Earlier in the year, in an exclusive interview with Diya TV, Consul General of India in San Francisco, Ambassador Sanjay Pandya, explains the Indian governments prespective.

“We the people,” are the first three words in the Constitutions of India and the USA. Those words were the binding theme of the summit as House Majority Leader Steny Hoyer, President Trump, and PM Modi brought it up at different times to emphasize the importance of Indo-U.S. relations.

“We the people” will continue cultural exchanges, and trade and continue to vote in these two vibrant democracies

HOUSTON (Diya TV) — For world leaders, shaking hands with President Donald Trump has become a practice akin to the elaborate military drill on Wagah border. Not so much for Prime Minster Narendra Modi. The Trump-Modi camaraderie of banters, hugs, and viral hand-slapping is one more reason that the 50,000 strong crowd is excited to witness the historic ‘Howdy Modi’ community summit on September 22.

A community summit is just that: leaders of the community, politicians, corporates and all supporters of a common cause coming together to collaborate and celebrate. With the tagline ‘Shared Dreams, Bright Futures,’ the event will promote relations that go beyond the ‘America First’ and ‘Make in India’ policies that have often strained diplomatic encounters between the two countries. There couldn’t have been a better venue than Houston, Texas, for all purposes of this event

As the second largest state in the U.S., by population and GDP, Texas has significant trade relations with India. India is Houston’s 4th largest trading partner—just behind Brazil, China, and Mexico. The biggest exports from Texas are chemicals, petroleum, and coal. With constantly rising all prices, energy security is a major concern for the Prime Minister. Tellurian, natural gas company headquartered in Houston, is one of the major sponsors of the event.

The greater Houston and Dallas-Fort Worth areas have a thriving Indian American community with influential presence across various sectors of the economy. It is a significant voting bank for the Republican governed state to influence for the 2020 elections.

“At a time in the world where there is so much disunity, I think promoting unity between people and cultures in the world is a great thing,” says Robert Adams, a cross cultural training consultant and YouTuber (Chai & Coaching)  Over 150,000 Indian Americans live in the Houston metro area alone. Socio-cultural ties are a dominant way in which the community preserves its heritage while away from India. The cultural events preceding Modi’s address will showcase performances executed entirely by the Indian American community.

Several Indian student associations in the US have partnered with the organizers, Texas India Forum, for the event. “The atmosphere in UT Dallas is pretty electric at this point. 6 to 8 buses will be leaving Sunday morning.” says Anirudh Ashok, a student at UT Dallas.

Regardless of political outcomes, this community summit is historic in the ways it will determine a new narrative that emerges about the world’s largest democracy on a platform offered by the world’s oldest democracy.

“Today’s youth is very aware of all the politics. My friends who were not involved in politics have started reading more and realize that Mr. Modi is doing great things for the country,” says Ashok.

Many individuals and groups have chosen to ignore or protest the event. But for those who will be a part of this momentous event, and for Trump and Modi, the show must go on, literally. 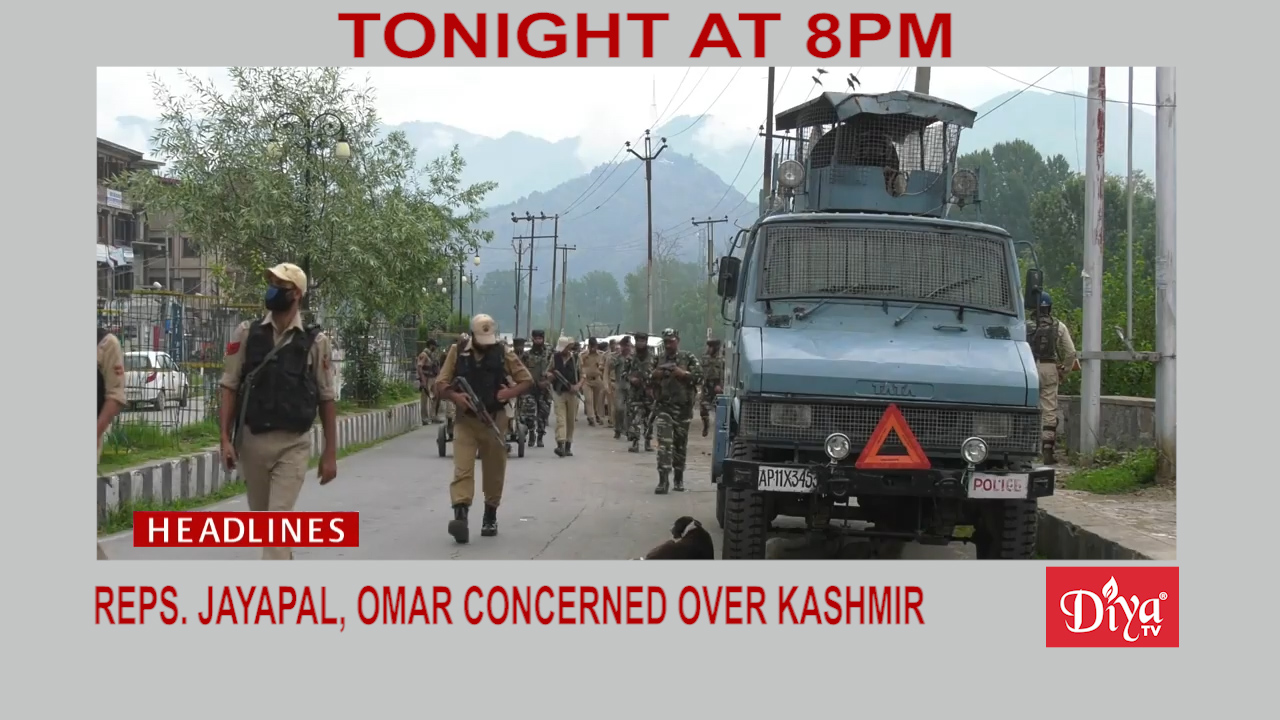 Jayapal in a tweet said “using fear & hyper-patriotism to suppress dissent is as detrimental in India as it is America.”

Omar called “for an immediate restoration of communication; and de-escalation in Kashmir.”

So far, there is no clarity from the Indian government what charges arrests have been made under or for how long those arrested face detention.

A request by Pakistan’s minister for human rights asking that Priyanka Chopra be stripped of her role as a UN Goodwill Ambassador for Peace was rejected. The United Nations defended Chopra, saying she retains the ability to speak in their own personal capacity, but that those views do not necessarily reflect the UN.

And two Indian athletes are competing in the first round of the U.S. Open.

And Sumit Nagal, who became the youngest Indian man to qualify for a major since Leander Paes, took one set from the legendary Roger Federer before losing in his first round match 3 sets to one. Prajnesh Gunneswaran also fell short against fifth seed Daniil Medvedev.