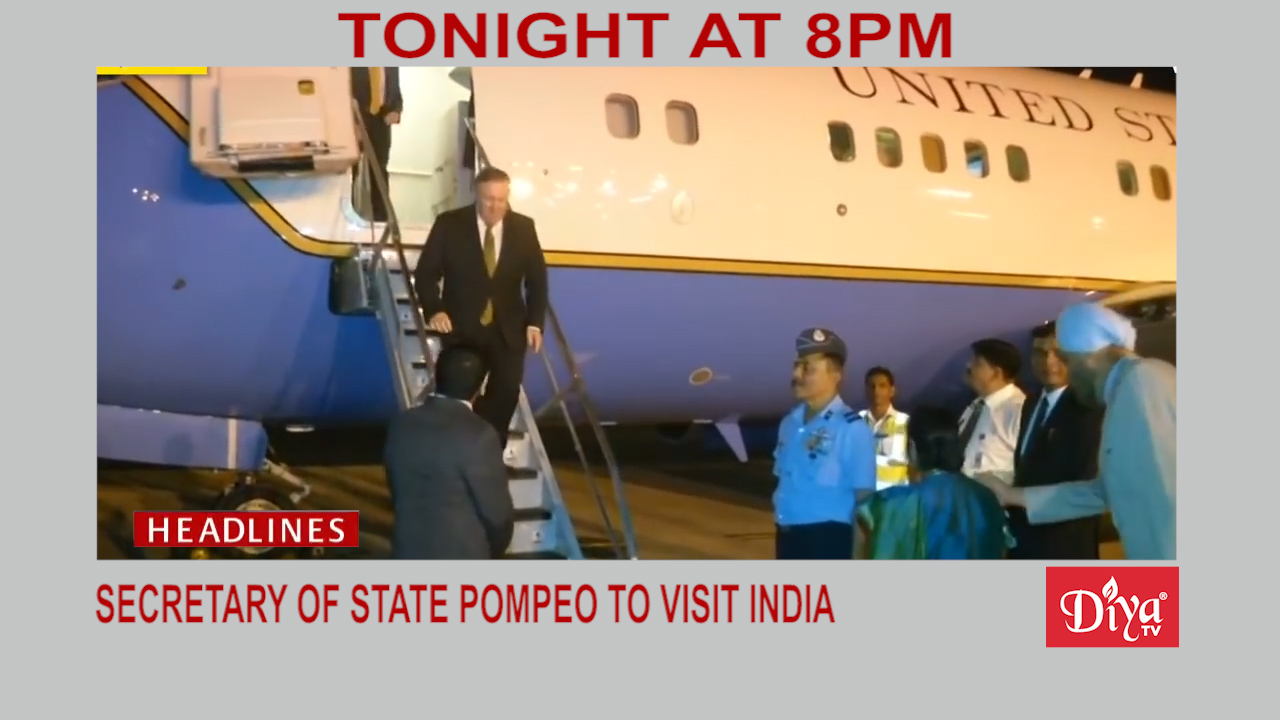 WASHINGTON (Diya TV) — U.S. Secretary of State Mike Pompeo will visit to India later this month to set the foundation for a meeting between President Trump and Prime Minister Modi in Japan. Pompeo is pushing big ticket defense sales to India, especially a $15 billion fighter jet India has interest in.

Yale Senior left-handed pitcher Kumar Nambiar was picked by the Oakland A’s with the 1,034th pick of the 2019 MLB Draft. Nambiar is believed to be the first Indian American ever drafted by a Major League team.