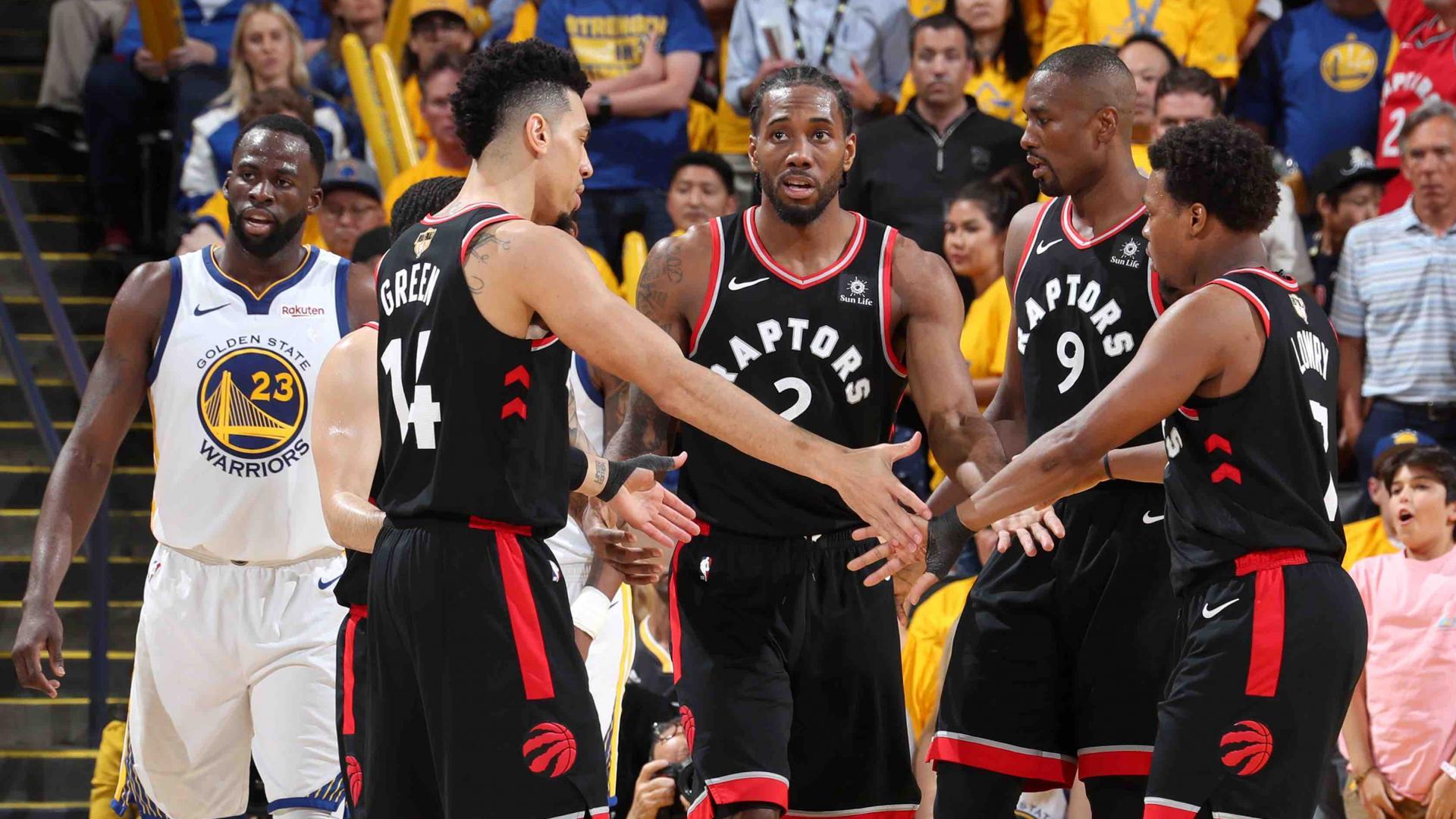 OAKLAND, Calif. (Diya TV) —The Warriors came back to the U.S. hoping to take the lead with home court advantage. However, the strain on the Warriors bench proved too much during the game, and the Raptors prevailed in Game 3, 123-109. The absence of Klay Thompson, Kevon Looney, and Kevin Durant and despite Steph Curry’s 47, the Warriors trailed through out the game.

Similar to the Game 1, the Raptors have nudged the Warriors into a tight spot which will be difficult to escape. Historically speaking, if the series is tied at 1-1, the winner of Game 3 in goes on to win approximately 81.6% of the time. The Warriors will need to overcome a big hurdle to win the series. However, injuries are prohibiting the Warriors from coming out with their full array of star-power.

The Raptors came into Game 3 strong and full of power. Outscoring the Warriors in every quarter, they were able to defend their lead to ensure a win. A big part of their consistency was the spread of points. The Warriors’ main scorer was Stephen Curry, with 47 points, his playoff career high. He took on most of the scoring, with Draymond Green following suit with 17 points. Stephen Curry accounted for around 43.1% of the Warriors’ points.

The Raptors scoring on the other hand was more spread out than the Warriors. Kawhi Leonard lead the Raptors with 30 points, Kyle Lowry had 23, Pascal Siakam and Marc Gasol followed with 18 apiece, and Marc Gasol with 17. Kyle Lowry had a coherent way of describing how the Raptors were able to win Game 3 over the Warriors. “Kept the pace up, kept our pace up and kept going and trying to get the ball out quick and getting stops and communication and just kept playing,” he said.

The injured Warriors will need some of their full cast back to win the series. Steve Kerr confirmed that Kevin Durant will not play in Game 4, but he said that Klay Thompson will most likely play. Klay Thompson’s return will likely be the big difference for the Warriors need both offensively and defensively.

Nick Nurse said in his postgame interview that “Each game’s critical, and the next one will be as critical as tonight’s was. So it’s been like that all through the playoffs, and we just got to guard and play who is out there. That’s all we can do.” This is the essence of the situation right now. Currently, the Raptors are leading the series 2-1, but that can change in a snap at the hands of the experience Warriors. The Warriors need to find a way out of the situation, and every game counts. Every game is as important as the next. Both teams need to focus on one game at a time to prevail in the Finals.

Game 4 will be in Oracle Arena on Friday, June 7 at 9 PM Eastern/6 PM Pacific.

U.S. Secretary of State Pompeo to visit India this month