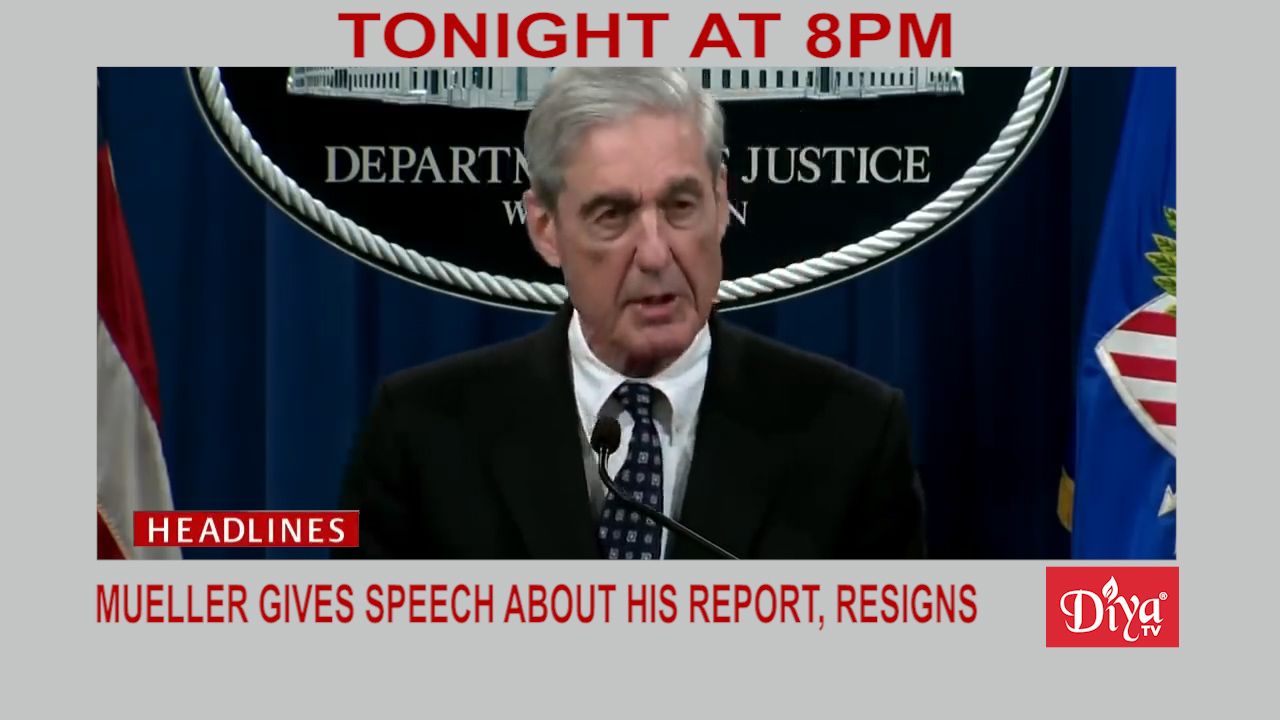 WASHINGTON (Diya TV) — In a rare public statement, special counsel Robert Mueller said his investigation could not clear President Trump since charging the President was not an option his office could consider according to Justice Department guidelines. Mueller also announced his resignation and closing of his office.

Democratic presidential candidates are now asking for the House to begin an impeachment inquiry.

In a Tweet, President Trump said “nothing changes from the Mueller Report. There was insufficient evidence and therefore, in our Country, a person is innocent. The case is closed!”

An analysis of Indian IT firms says the tougher stance by the U.S. government on H-1B visas are squeezing profit margins, as staff costs continue to rise.

Sawinder Singh, a longtime bus driver for public schools in Maryland, who says he faced harassment from co-workers and kids for years, reached a settlement with school officials over a federal Equal Employment Opportunity Commission complaint he filed that could have broad reach nationally.

And the top 10 fastest growing economies in the world will be from India, according to a report published by Oxford Economics state.

U.S., Japan to work with India to promote Indo-Pacific trade