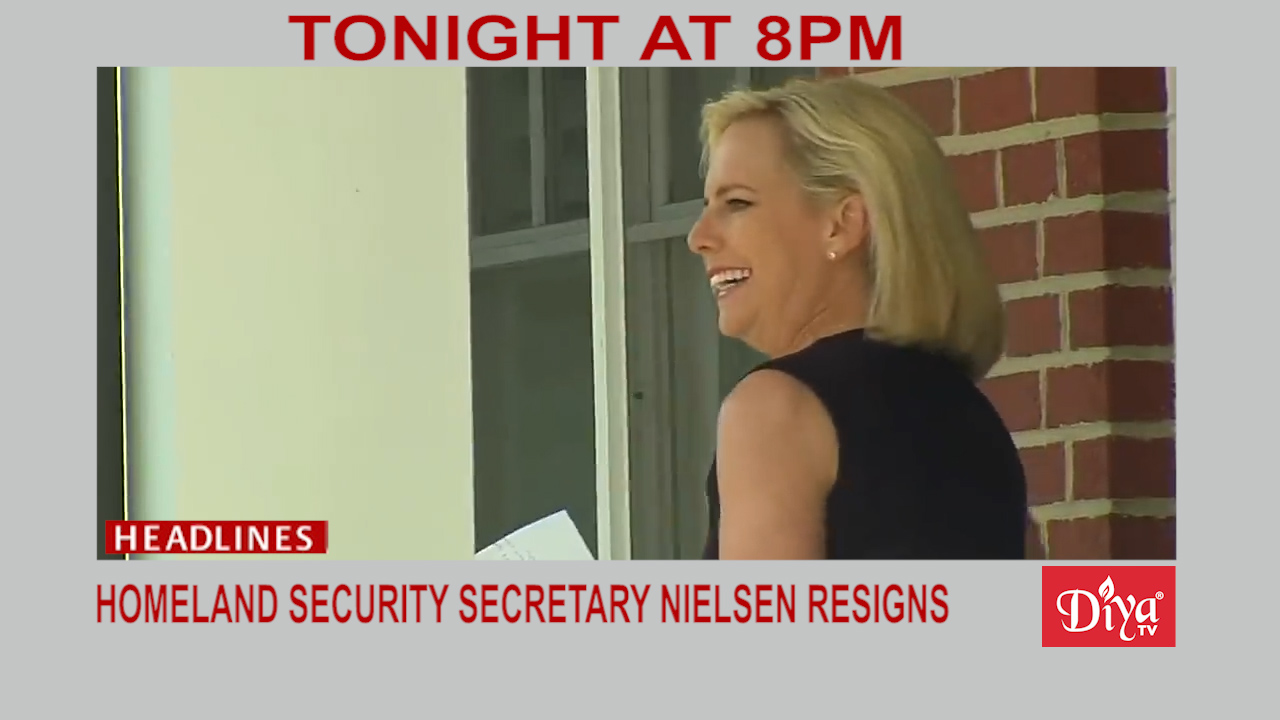 WASHINGTON, DC (Diya TV) —   Kirstjen Nielsen, the US Homeland Security Secretary, is stepping down over major differences with the administration on how to implement President Trump’s immigration policies.

Meanwhile, President Trump continues to campaign around the nation to make the case for his re-election in 2020. Over the weekend, he told a Las Vegas crowd India is charging 100% tariffs to the U.S. on many things and he wants to reciprocate. He added the Senate is not doing enough to change what he calls “stupid trade.”

The South Asian Bar Association’s Northern California chapter held their annual fundraising gala, a chance for judges, attorneys and the next generation to network and honor their peers.

The NBA Champion Golden State Warriors are moving to San Francisco in the fall, so they held their final Bollywood Night in Oakland. We’ll take you behind the scenes and introduce you to a member of the Warriors Dance Team that choreographed an epic Bollywood dance.

And Ravi Ahuja, the former CFO of Fox Networks, is now Walt Disney Television’s CFO and president of business operations.