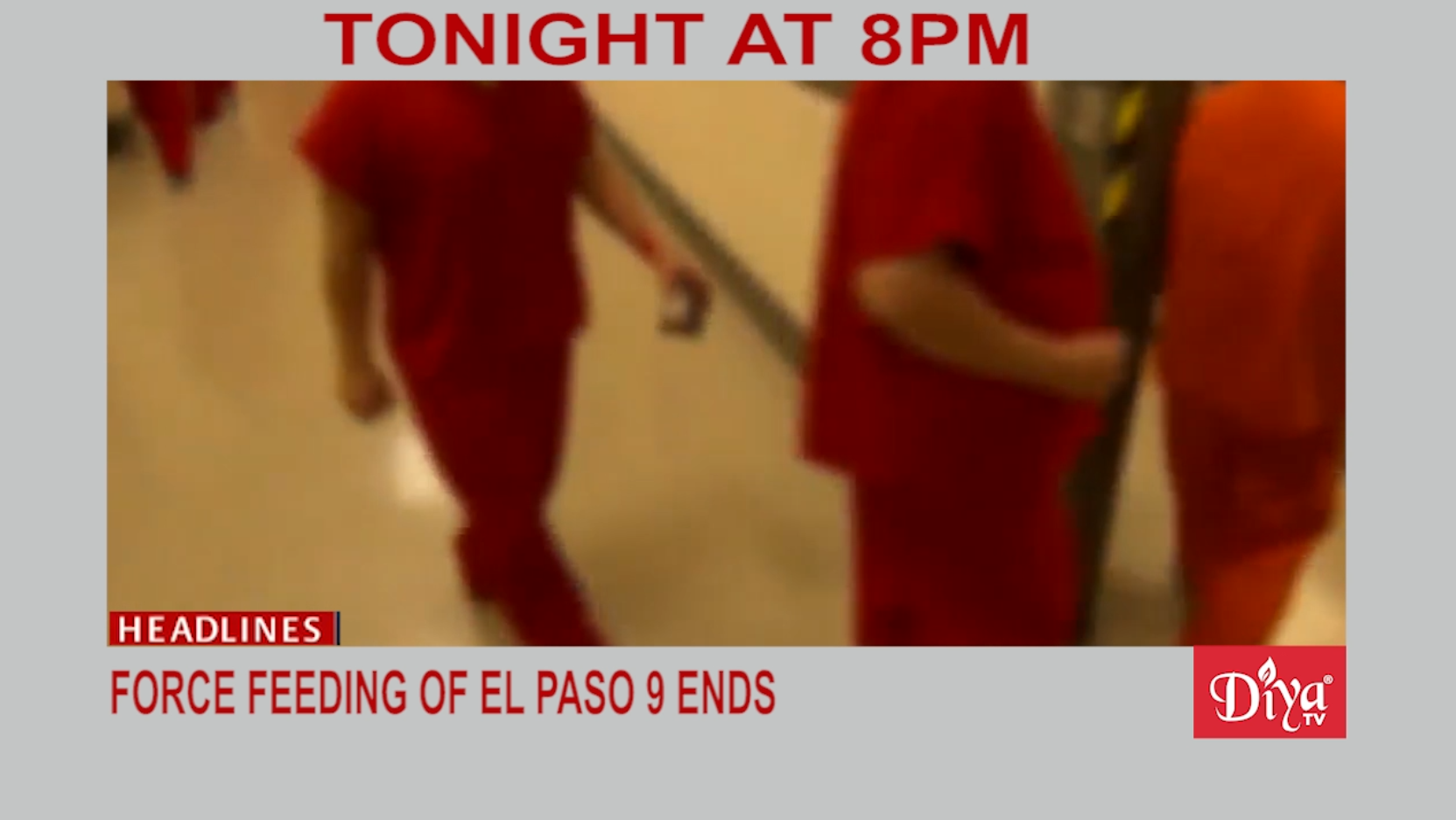 Coming up on Diya TV News, tonight at 8:

A joint letter from Indo-American Kashmir Forum and Hindu American Foundation is urging the US to censure terrorist group Jaish-e-Mohammad (JeM), as well as those nations believed to be supporting them, including Pakistan, Saudi Arabia, and China.

A U.S. district court ruling stopped the force-feeding of Indian men on a hunger strike at the El Paso ICE detention center. Now nearly 50 Democratic lawmakers have called for a ICE watchdog investigation.

Oswald Gracias, the Archbishop of Mumbai and one of the Catholic Church’s most senior cardinals, admitted at a major Vatican conference on child abuse he could have better handled sexual abuse allegations that were brought to him.

Two India Air Force planes collided in mid-air while rehearsing an aerobatic performance, killing one pilot and injuring two others. The crash on Tuesday took place as the pilots practiced a display ahead of the Aero India air show in Bengaluru.

And Indian PM Modi is in South Korea for two-day visit to bolster strategic ties.

Those stories, all news — Tonight at 8. Join Us.