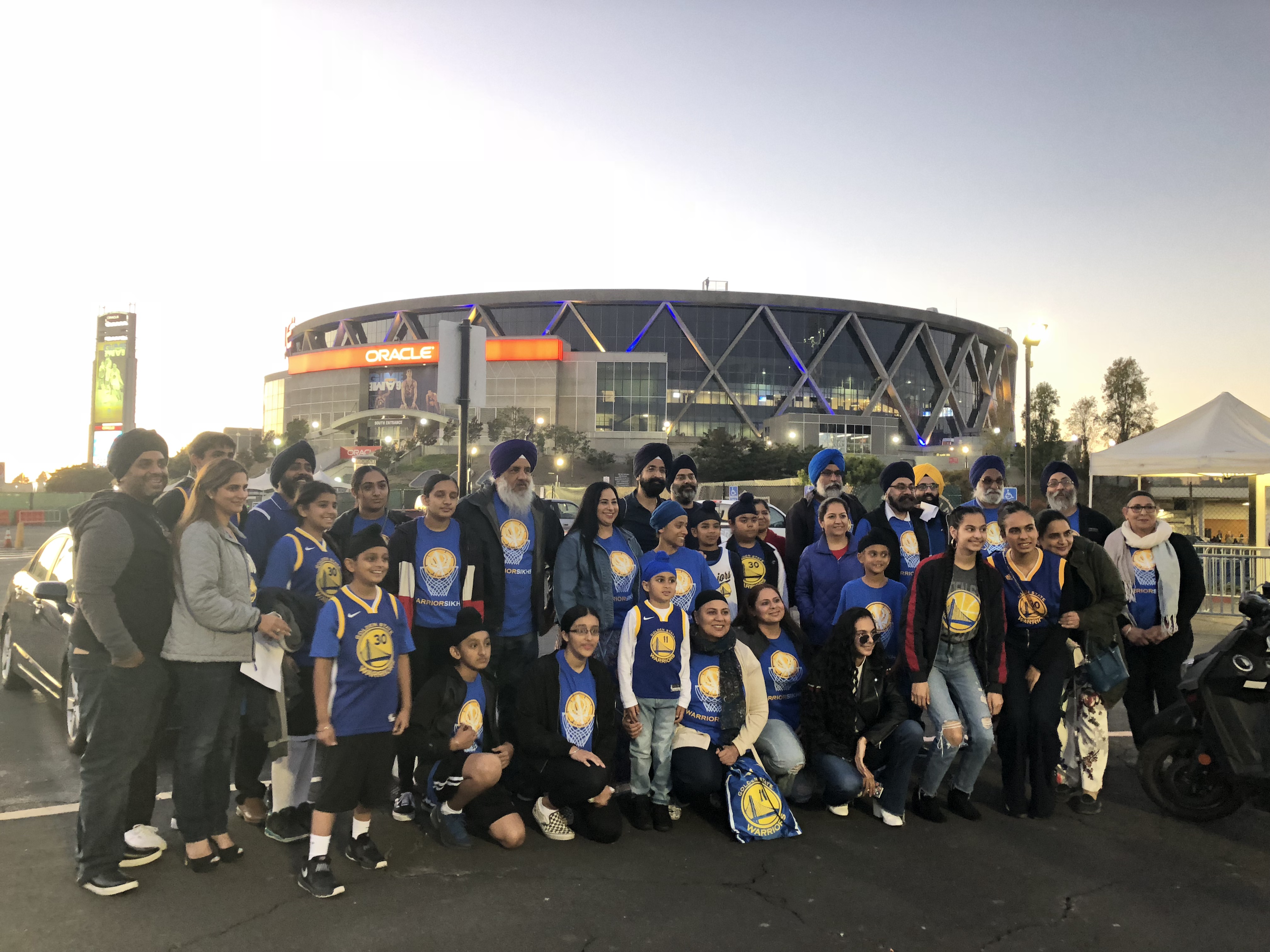 OAKLAND, CALIF. (Diya TV) — Oracle Arena was the site of the first-ever Sikh Awareness Night as the Golden State Warriors cruised to a 117-101 victory over the Memphis Grizzlies Monday night.

It was the second one in as many weeks throughout the NBA as the Los Angeles Clippers introduced it to their home crowd last week.

Other teams and leagues have previously hosted Sikh Heritage Nights, including the San Jose Sharks, who were the first NHL team last year to hold such an event.

Aman Singh, part of the local gurdwaras organization to put the event together, was excited for the community to be represented.

“We contribute to society here, so it’s great to be able to be part of this, to be able to have exposure and allow other folks in the community to get an idea of our heritage, Sikh values,” Singh said.

Fans got there early enough to take pictures outside Oracle and awaiting them inside was an up-close view of Stephen Curry’s highly-anticipated shootaround.

Soon enough, Singh — who was also coaching the pregame scrimmage — would hit the Warriors hardwood with 16 young kids from the Sikh community to shot hoops.

For 13-year-old Gagandeep Kaur of Milpitas, it was an unforgettable moment to be out there.

“Being able to play on the same court as my inspirations means a lot,” she said.

The five-minute scrimmage right before players from the Warriors and Grizzlies hit the floor included some dazzling shots and a buzzer-beater as well.

Members of the two teams remained close by as they eventually stood in front of their inspirations during the National Anthem.

Additionally, right after halftime, they were greeted with high-fives from Kevin Durant, Draymond Green and among others coming out of the tunnel.

“It’s great to be part of something like this,” Singh said.

University of Houston’s President, Renu Khator joins the NCAA Division I Board