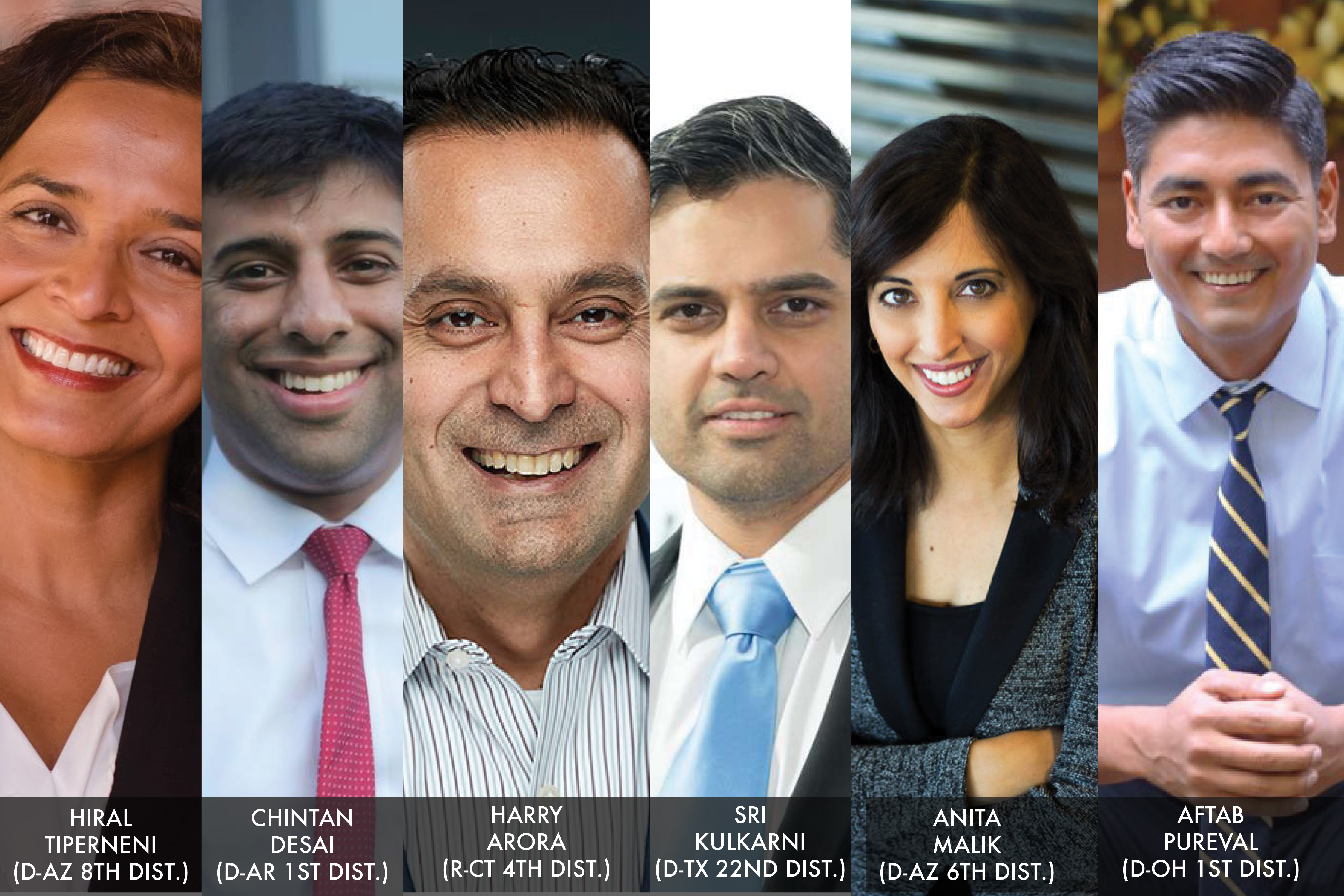 SAN FRANCISCO (Diya TV) — It’s a record-setting number for Indian-Americans candidates are set to fight on both sides of the aisle this Election Day. As they continue to make their presence known at the polls, we take you through the some of the key races to watch out for today.

With an all-time high of 12 running for Congressional seats and four of whom are up for re-election, a total of 100 Indian-Americans will be part of political history.

For Congresswoman Pramila Jayapal (D-Wash.), who’s facing off against Republican Craig Keller in the 7th Congressional District, it’s beyond just bringing the House back for Democrats.
“I wake up every morning and I think about the fact that I get to fight for the things that I believe in,” Jayapal told Diya TV at the inaugural Impact Summit.
“And I wake up knowing what my responsibilities are. … As the only Indian-American woman in the U.S. House, I see it as even more of a responsibility to really speak up for more citizens.”
Being the voice for the minority has served Jayapal well as she looks to defend her seat.

Others like Hiral Tipirneni (D-Ariz.) have also climbed through the ranks as Indian-American women looking to make a splash in politics. As a newcomer, Tipirneni nearly defeated Republican Debbie Lesko in April’s special election.
The two square off in a rematch to represent Arizona’s 8th Congressional District.

Despite the combative approach that seems to be so frequently used throughout campaign trails, candidates such as Sri Preston Kulkarni (D-Texas) are focused on bridging the gap between political parties. During a sit-down interview on “The Public Interest with Ravi Kapur,” Kulkarni gave an example following the 2016 presidential election when he decided to reach out to Republican colleagues to put differences aside and simply talk over meals. That plan led to him and two fellow Republicans winning nominations for Congress, which he sees as the model that other politicians should use.

Congressional candidate Aftab Pureval (D-OH) also sees the common ground that just needs the framework to hold up in Washington.
Pureval has previously stated he’s in the middle of his district politically, but ultimately for him it’s less about political ideology and more about driving results.

Fellow Ohioan and Republican state Rep. Niraj Antani is on the other side of the spectrum, but come Nov. 6, he’ll be making sure everyone he represents — blue, red or in between — is satisfied.

“As a state official, my focus is on doing my job and serving my constituents,” Antani said. “I think that not only in our community, but in all communities, we need a little less partisan grandstanding and a little more problem solving.”

Complete breakdown of how Indian American candidates fared in midterms 2018