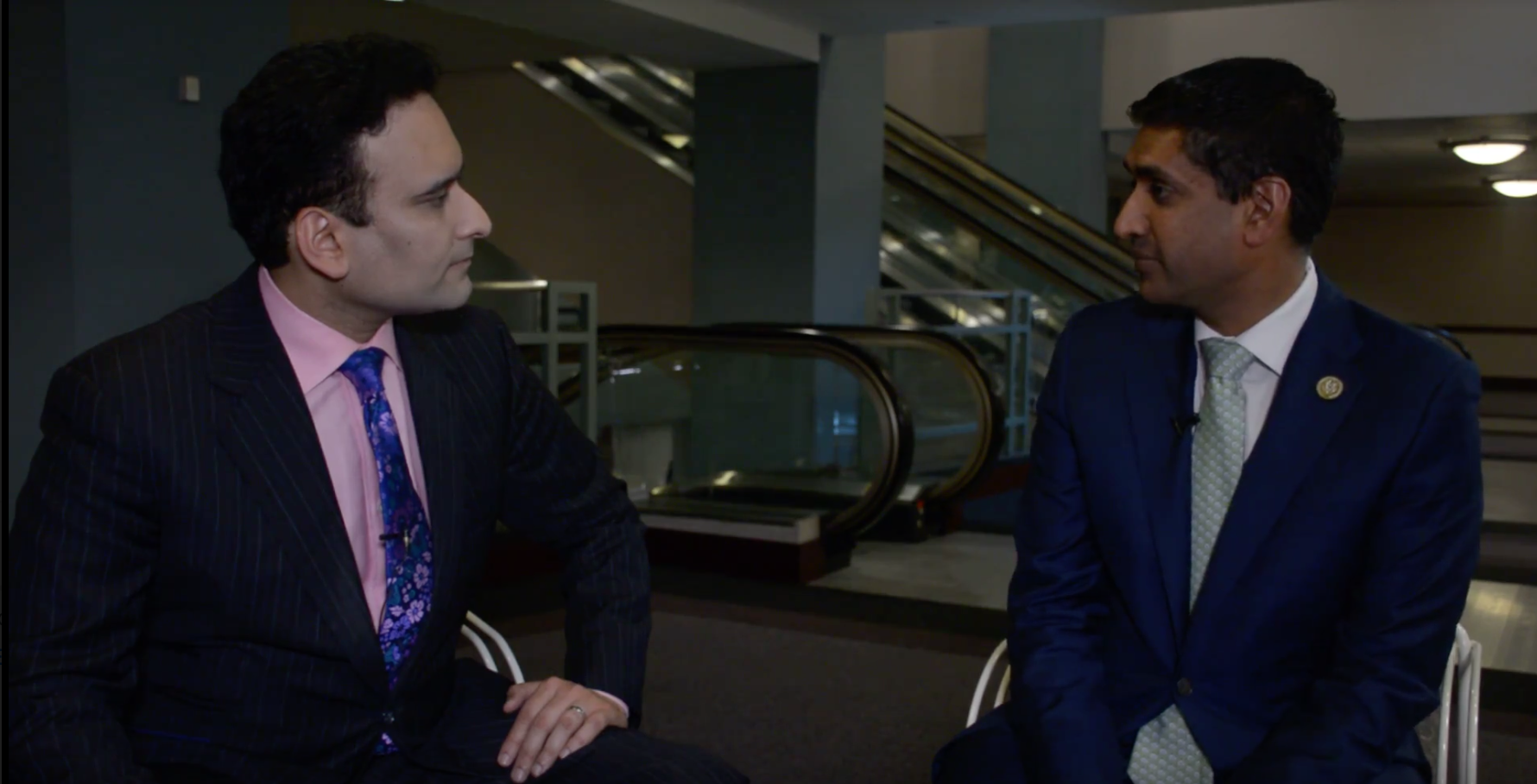 WASHINGTON (Diya TV) — Earlier this year, more than 200 Indian American candidates, elected officials, among others, gathered in Washington for the inaugural Impact Summit, an effort to build a long-term political network for the diaspora. All five Indian American members of Congress spoke at this event that was sponsored in part by Diya TV. Below is a transcript of an interview conducted on site by Ravi Kapur with Democratic California Representative Ro Khanna for our public affairs program “The Public Interest,” edited for clarity.

Q: You’re a veteran now running for office. Tell me what it’s been like. This is a fairly new dichotomy for a lot of Democrats, who had eight years of Obama. What is it like to be in Congress right now during this Trump administration?.

A: It’s a tough time. Obviously, the administration is doing a lot of things that I disagree with, on immigration, tearing apart families, restricting people from becoming green card holders, not doing enough on jobs, not doing enough about visions of science and education. But I try to put forward ideas that how we can bring new innovation, new entrepreneurship, not just in my district but around the country and trying to offer new ideas, which at least has gotten a hearing.

Q: Take us through what you plan to tackle in 2018, knowing full well that we’ve got elections coming up in the fall as people are ramping up for 2020.

A: Well, I’ve been asked to lead on the Internet Bill of Rights, so I am working on some principles that will protect your data and privacy online. I think that’s really important with the Congress Act, and given the district I represent, that’s an area that I’m going to work on to put forward the framework. I’ve been working on a jobs bill: how do we subsidized employment and training for people who are out of work and particularly communities left behind? I have a plan to have 1,000 tech institutes across America to help give people the skills they’re going to need for a new economy. So those are some of my initiatives.

Q: We have a lot of elected officials and a lot of upstarts [at the Impact Summit], folks like yourself a few years ago who wanted to be in office at the state level, at the federal level. What are you telling people now that you have been in the game awhile – a lot of folks coming up to you saying, ‘hey, how do I get to where you are?’ What are you telling them?

A: Well, I say to them, ‘I lost a lot of times. Twice. Just don’t be afraid to run, and be persistent and be out there. Take risks, follow your own heart, don’t listen to conventional opinion and it’s a great country to ultimately make it if you persist.’

Q: Finally, for those of us in the Silicon Valley that watch this program, we’re very fortunate the economy is doing very well. But a couple things are of real concern — traffic and housing.

A: You can’t afford to live there. It’s a million buck home — maybe not when your parents came there, but now it’s totally different. And now, it has priced out the teachers, the nurses. I had a teacher in tears when I was just back home. She went to Stanford. Her husband’s a Stanford person. They teach. They’re moving out of the area because they can’t afford to live there. We’re losing talent. We’re losing nurses, teachers, firefighters. We got to build more affordable housing. We’ve got to build it near jobs. Housing and being stuck on 237 or 880 or 101 are the biggest things I hear about when I go back home.

A: I think there is. I think you have people like Raj Salwan [Fremont Councilmember], and Mountain View’s mayor [Leonard Siegel] and others like Lily Mei [Fremont Mayor] thinking about how can we address this issue — Lisa Gillmor in Santa Clara. So the mayors get it. There’s got to be a real effort to build affordable housing near jobs.

Exclusive: One on One with Rep. Raja Krishnamoorthi at Impact Summit 2018