NEW YORK (Diya TV) — The conference and perhaps the largest gathering of South Asian legal minds in America aka the 15th annual SABA (South Asian Bar Association) of North America kicked off in the heart of the New York city. The immediate past president, Rishi Bagga noted the importance of hosting this conference in the Big Apple. “We now live in a time when legal protections for immigrants are under attack; when nativist sentiments and rhetoric have sought to divide those who were born here from those who were not; at a time when our community’s lawyers must ‘Carry the Torch’ for the South Asian immigrant community and other immigrant communities,” he said. “And a time when SABA must continue to work to ensure greater diversity and inclusion with the legal profession at large.” 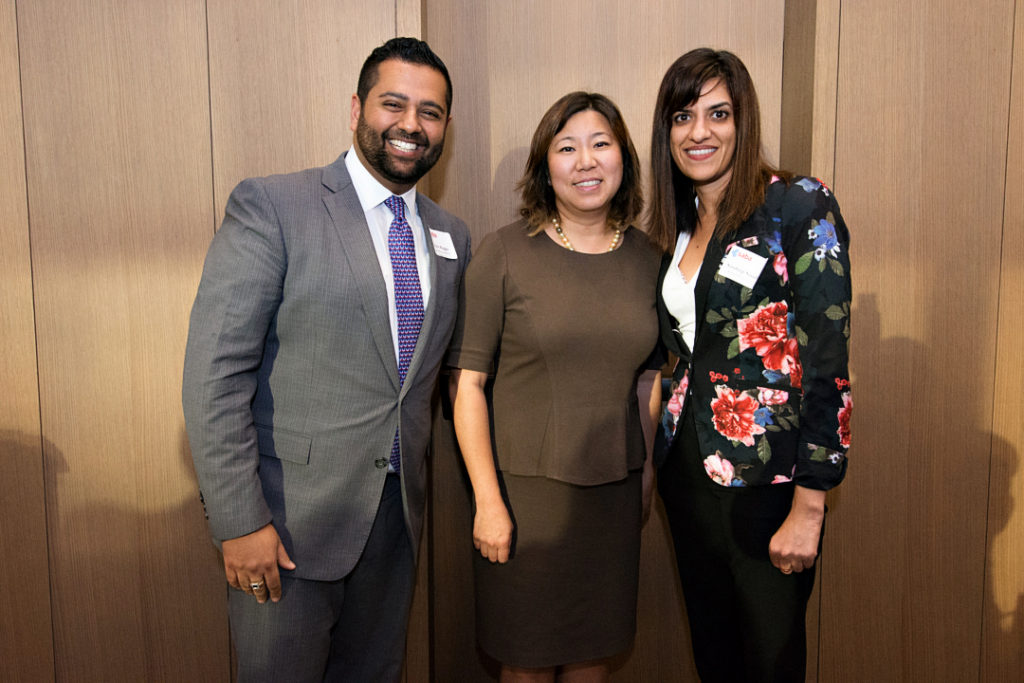 With all the recent events of immigrant families being separated, this year’s conference didn’t skip a beat jumping right into all the issues that matter to this organization. This year’s panels featured personal insights from some of the brightest minds in the South Asian American legal community including judges, law firm leaders, in-house counsel, and lawyers making waves inside and outside the profession. This year we were fortunate to welcome a large number of South Asian judges including the Hon. Cathy Bissoon, Hon. Sanket Bulsara, Hon. Raj Chatterjee, Hon. Raja Rajeswari and Hon. Sri Srinivasan.

The programming focused on ways South Asian attorneys could break the current boundaries within the legal profession. For example, VP and US General Counsel for McDonald’s Corporation, Mahrukh Hussain joined a panel of women general counsels to discuss the paths they chose and challenges they faced in their careers. In addition, a plenary panel focused on the pros, cons and consequences of choosing a life in the public eye featured Ravi Bhalla, Mayor of Hoboken; Sudha Setty, Dean, Western New England School of Law; Amit Agarwal, Solicitor General, State of Florida; Sayu Bhojwani, President, New American Leaders Project; and Nisha Agarwal, Commissioner of the NYC Mayor’s Office of Immigrant Affairs.

The Conference closed with a gala featuring keynote speaker Sen. Cory Booker (D-NJ) who reminded SABA members that one continually has the choice “to accept things as they are or take responsibility for changing them.” Preet Bharara, the former U.S. Attorney for the Southern District of New York and longtime SABA member was also a featured speaker and echoed the comments of Sen. Booker, encouraging SABA members to continue “joining together in solidarity … by taking the effort to speak, march, vote or do other things necessary to fight for what they believe in.”

The SABA Foundation, the charitable arm of SABA, also held its Annual Benefit during the Conference. The SABA Foundation identifies and supports organizations that provide critical services to the most vulnerable members of the South Asian Community and awarded grants to Manavi, South Asian American Policy & Research Institute (SAAPRI), Kiran, Inc., Narika and the Innovation Law Lab. SABA Foundation also honored comedian and activist, Hari Kondabolu, with its first ‘Hero Award’ for his work raising awareness and improving the lives of South Asians in North America.

As always this conference also marked the change in leadership, with a swearing in ceremony for a new President and Executive Committee. SABA’s new President, Sundeep Sandhu, emphasized the role the organization will continue to play in improving the general welfare of the South Asian community in North America. “Issues with respect to diversity and inclusion, civil rights and access to justice have never been more prevalent than they are today and SABA members have been unwavering in their dedication to addressing these issues,” Sandhu stated. “We see this not only with the leadership of our 26 chapters but through the individual actions of our 8,000 strong membership, like our members who attended the nationwide protests held against the current administration’s policy on separating migrant families – a policy that SABA has firmly stood against.”

Exclusive: One on One with Rep. Raja Krishnamoorthi at Impact Summit 2018