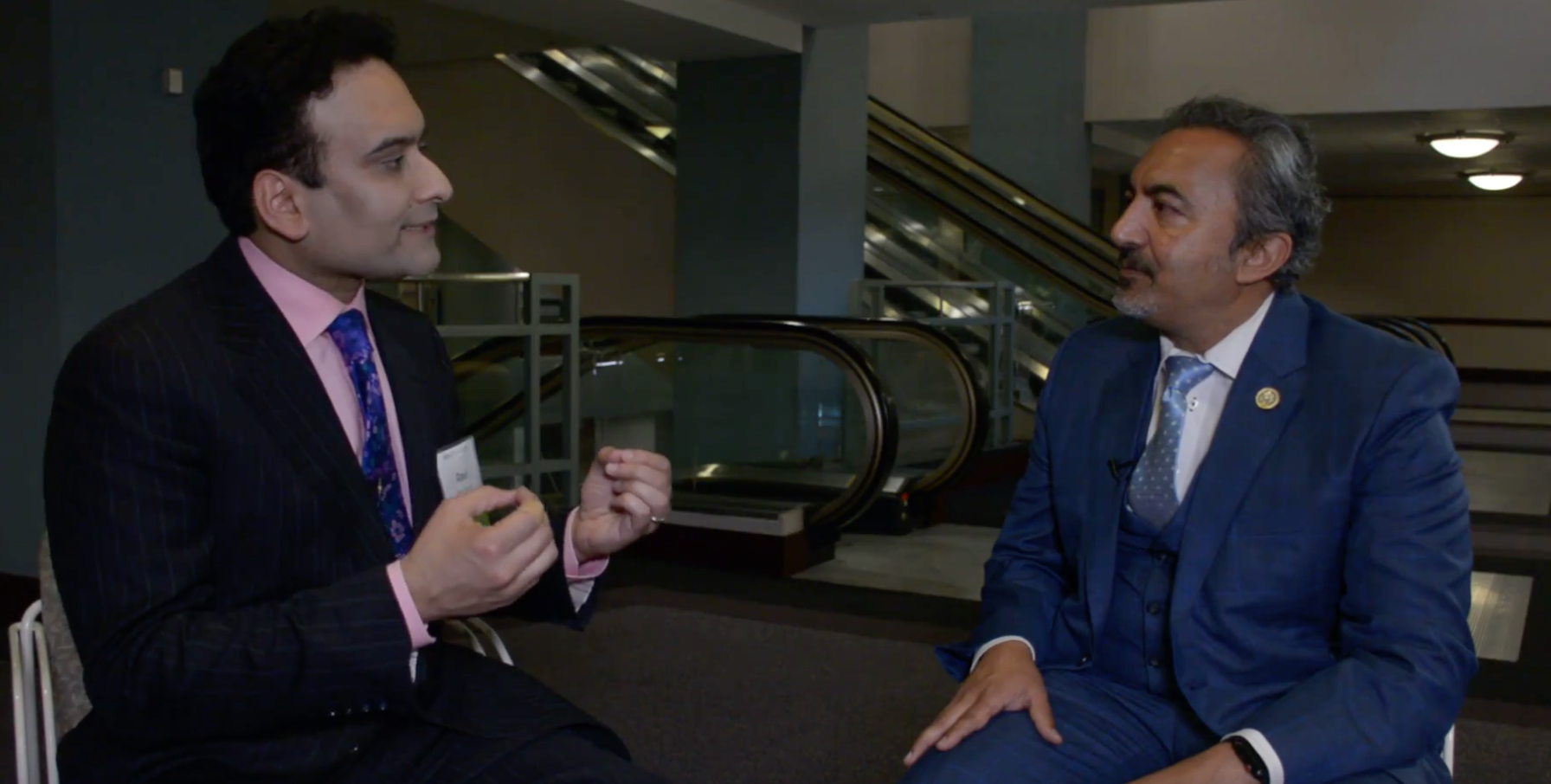 WASHINGTON (Diya TV) — More than 200 Indian American candidates, elected officials, among those gathered including California Rep. Ami Bera in Washington DC for the inaugural Impact Summit, an effort to build a long-term political network for the diaspora. All five Indian American members of Congress spoke at this event that was sponsored in part by Diya TV. Below is a transcript of an interview conducted on site by Ravi Kapur with Democratic California Representative Ami Bera for our public affairs program “The Public Interest,” edited for clarity.

Q: You are the senior member of the so-called ‘Samosa Caucus,’ as dubbed by your colleague Rep. Raja Krishnamoorthi, now that you have been elected three times to Congress, not to mention your recent primary victory. Thus, we’ve seen first-hand scores of political aspirants asking you for advice of how to get involved politically. What are you telling them?

A: My obligation is to help people that are coming into the United States. Our legacy is not what we do by ourselves but by those folks that help. I learned a lot running, and the first step is not to be afraid to put yourself out there, put your name on that ballot, and what we are talking about today is how this broader Indian American community can support candidates. That’s what impact is all about. And you’ve got great candidates that are running all across this country. I think over 60 running for federal office but also at state and local levels. So, it’s pretty remarkable. And if we want to have a seat at the table, if we want to talk about issues that are important to our community, you have to have that representation.

Q: When you first were in Congress, you had a Democratic administration, Barack Obama was President. Now President Trump has a different philosophy, I imagine, from the way you like to govern. What has it been like these past couple of years under the Trump Administration? What has your life been life, day to day?

A: Yeah, it’s been busier than ever, Representing my constituents for the Sacramento Community but also trying to help my Indian American community. I will tell you that we’re fighting them on some of these immigration measures. Let’s take DACA for an example. We’re all going to fight for the dreamers, but we also understand that there are a lot of Indian American kids that are going to be 19 and who are here with parents who came here legally. Those folks are also potentially going to get kicked out of the United States. We have to fight for them as well, and that’s why it is important to have representation at the table.

Q: We just had a primary election in the state of California, and to be honest, the turnout was pathetic, under 25%, something like 21%. Now, it’s tough to have a primary election in the middle of the summer- school’s out, people are having fun. I did vote. I think you probably voted too. (Ami Bera: I did). But, what, if anything, can we do to get more people to vote, not just the Indian American community, but overall. The voter turnout was really sad.

A: Well, so, democracy, your vote is your voice. And if you don’t vote, you lose your voice. I think we have to focus on 2018. So you want representation, and that first happens by casting your ballot. Now, in our district, we’ve historically been able to turn votes out. I think, our turnout will end up being around 50%, which is again pretty remarkable compared to where it was in southern California and in other places. And again a lot of that is just telling people to vote. I’ve been able to get elected and re-elected. We’ve never won on an election, but I think it is about voters getting out there and casting their ballot.