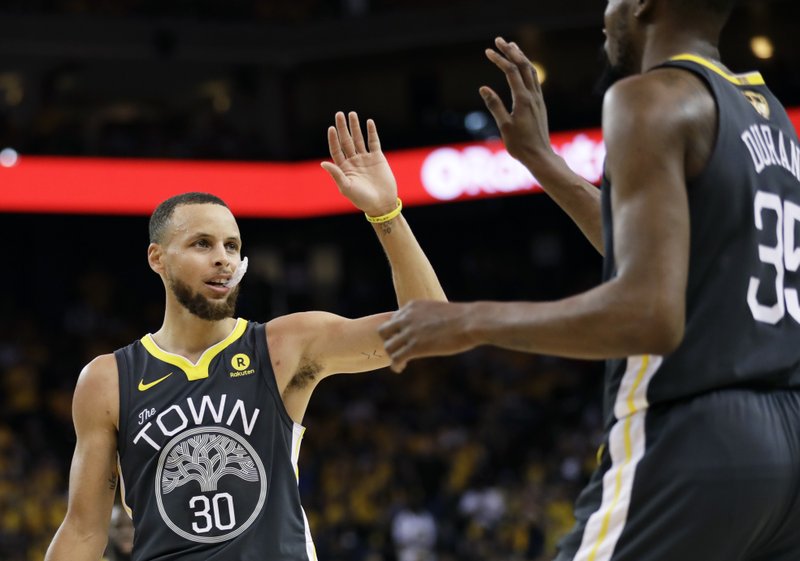 OAKLAND, Calif. (Diya TV) — In Game 2 of the NBA Finals, the Golden State warriors put on full display the depth of their lineup and left the Cavaliers heading back to Cleveland in dire straights, down now two game to zero in this best of seven series.

After a tough overtime battle in Game 1, the Warriors drew first blood and never allowed the Cavs to take the lead even once, winning Game 2 122-103. Golden State got off to a quick start in the first quarter with a 15-6 burst just 3:46 into the game. Although the Cavaliers put up a strong fight, the Warriors continued to stretch the lead until a patented Curry flurry in the 4th quarter put the game away.

Cavaliers head coach Tyronn Lue said “In that third quarter, I thought we did a good job…That’s their (the Warriors), that’s usually the quarter when they extend the lead and come out and kind of blow the doors open… I thought we did a great job of really staying in the course, coming out in the third quarter and attacking offensively… I thought we were more physical, defensively.”
The Cavaliers outscored the Warriors 34-31 in that quarter but fell behind in the fourth.


What Changed from Game 1?

The Warriors chose not to play with their small ball lineup and brought in centers. JaVale McGee had 12 points, the fourth highest on the team while making all of his attempted field goals. David West contributed defensively with 3 blocks in less than 11 minutes and 3 pointer thrown in for good measure.

In total, the Warriors had 8 blocks, but only 3 steals, a reduction from Game 1’s 10. Even so, we saw a decrease of points from LeBron James, from 51 to 29. However, LeBron was one rebound short from a triple-double.
The Warriors saw a change offensively. Stephen Curry hit 9 3-pointers, an NBA Finals record.

Draymond thought there was ‘no way’ Klay Thompson could play in Game 2. Even so, Klay Thompson went for 20 points. Defensively, the Cavaliers were unable to reel it in. J.R. Smith portrayed it as ‘miscommunications’. In Game 1, the Cavaliers quickly adjusted to screens. However, the Warriors fast pace proved too much.

After Game 1, LeBron’s response was to “put it behind him.” He had the same response after Game2. We’ve seen before, how the Cavaliers come back at home and regain control of the series. The Cavaliers are in a similar position as 2016 Finals. Klay Thompson mentioned, “we are extremely focussed. This team has been down 2-0 in the last series (2 years ago) and came back to win it. It’s nothing to feel happy about being up 2-0. This team plays great at home, and we expect their other guys to play even better at home, too, not just LeBron.”

Kevin Love said, “So we just have to be better, and I think just going home and being in front of our crowd for Game 3 of The Finals will be huge for us.”

LeBron, on the other hand, is not counting on a boost at home. “You know, we’ve got an opportunity to go home, and we played some really good basketball on our home floor. But that shouldn’t give us any comfort. We should still be uncomfortable with the series as we were in Game 1 and as we were tonight,” he says.
Before Game 1, the Warriors were favored to win the series. Questions arose after Game 1, and those questions were shot down after Game 2.
As for now, Game 3 could be the final straw for the Cavs. They have done it before, in 2016 most notably, but will they have enough overcome the deficit again? Game 3 is on Wednesday June 6th, 9PM EST.

Will the Warriors sweep, or will the Cavaliers live to fight another game?

After a tense Game 1, Cavs and Warriors get ready for Game 2 on Sunday