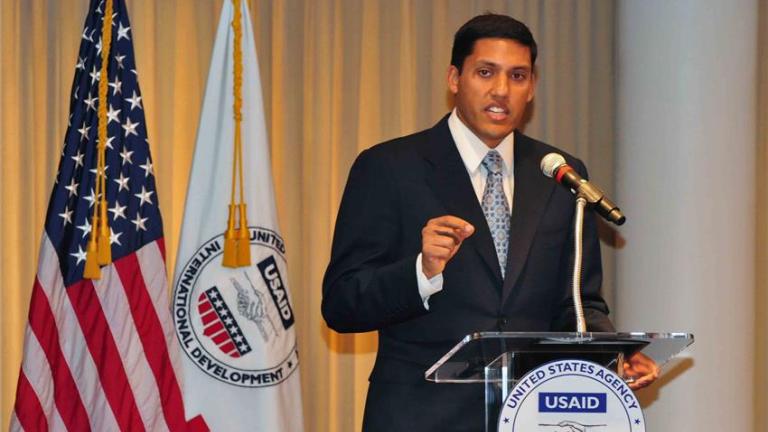 Shah formerly served as Deputy Assistant to the President and Deputy Communications Director. The appointment advances Shah’s status in the Trump regime. Shah, who has long been a main researcher and communications specialist in the Republican party, was one of a few of Trump’s aides who landed in the White House within hours of Trump being sworn in on Jan. 20.

Shah says Trump is being mistreated by the media, as reported by DiyaTV in the past:

One of Shah’s main tasks during Trump’s presidential campaign was digging up dirt on Senator Bernie Sanders and former Secretary of State Hilary Clinton. Shah was responsible for compiling a plethora of documents through America’s Freedom of Information Act.

“Raj is the expert on the subject of all things Clinton, and his expertise will be an asset to our party,” Priebus said of Shah in Feb. 2016.

Born and raised in Connecticut, Shah joined the GOP after graduating from Cornell University. He worked for three months as a research assistant at the White House for President George W. Bush.

Shah’s parents migrated to the U.S. in the 80s. His parents are from Gujarat. His father, an engineer, moved to Mumbai at a young age while his mother is from Bhujpur in Kutch.