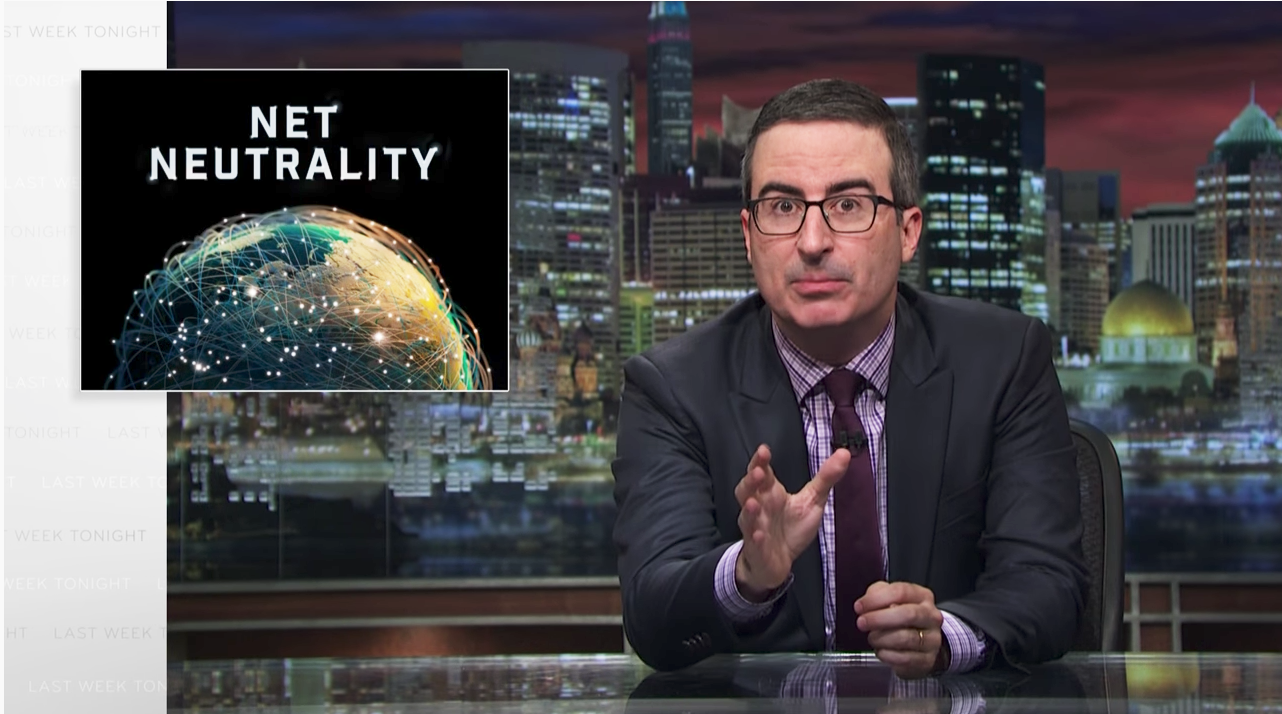 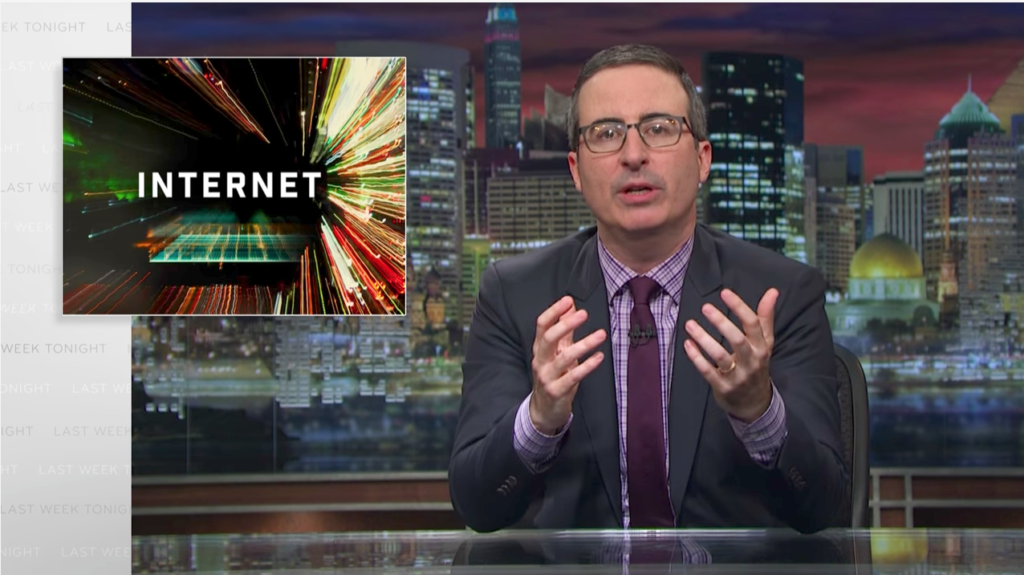 NEW YORK (Diya TV) – Thousands of people were left asking “is it down?” in regards to the FCC website last night after John Oliver went on a length discussion about Net Neutrality and what it could mean for the future. “The Internet is the repository of all human knowledge – and goats singing Taylor Swift songs,” John Oliver said Sunday on Last Week Tonight, as he celebrated the Internet as one of the world’s most magnificent communities.

But according to Pai, that community is being directly threatened by the actions of the Trump administration’s decision to roll back protections for net neutrality.

In the fifth-ever episode of Oliver’s program, Last Week Tonight, he discussed the matter of net neutrality. It is the idea that Internet service providers (ISPs) cannot limit, slow down access to, or otherwise manipulate the choices that consumers make online by slowing down access to less popular sites. In short, they have to treat all websites as equal.

For instance, Ancestry.com and Oliver’s new website, JustTellMeIfImRelatedToANazi.com (which, by the way, directs to the Federal Communications Commission’s site). Essentially, net neutrality makes the Internet a level playing field. However the Trump administration has decided to roll back Obama-era rules safeguarding net neutrality, which doesn’t surprise Oliver, who also wouldn’t be surprised if “Trump purposefully killed every turkey that Obama ever pardoned.”

The man at the head of the charge to roll back net neutrality laws is Trump’s new Federal Communications Commission chairman, Ajit Pai, who himself once served as a lawyer for Verizon. According to Oliver, Pai has reportedly suggested that ISPs could simply promise not to obstruct or slow consumer access to websites in their terms of services, and as Oliver notes, “That would make net neutrality as binding as a proposal on The Bachelor.“

Net neutrality is something that can be protected by an order from Congress, but Oliver does not trust this Congress or any Congress to handle such a complex and technical issue. Instead, Oliver believes that anyone who loves the Internet needs to speak up and make sure the FCC knows that net neutrality is important. To make that easy, Oliver bought the website GoFCCYourself.com which leads directly to the FCC’s public comment area.

It could already be working:

In 2014, the FCC’s website crashed due to a huge amount of traffic following Oliver’s first program on net neutrality.