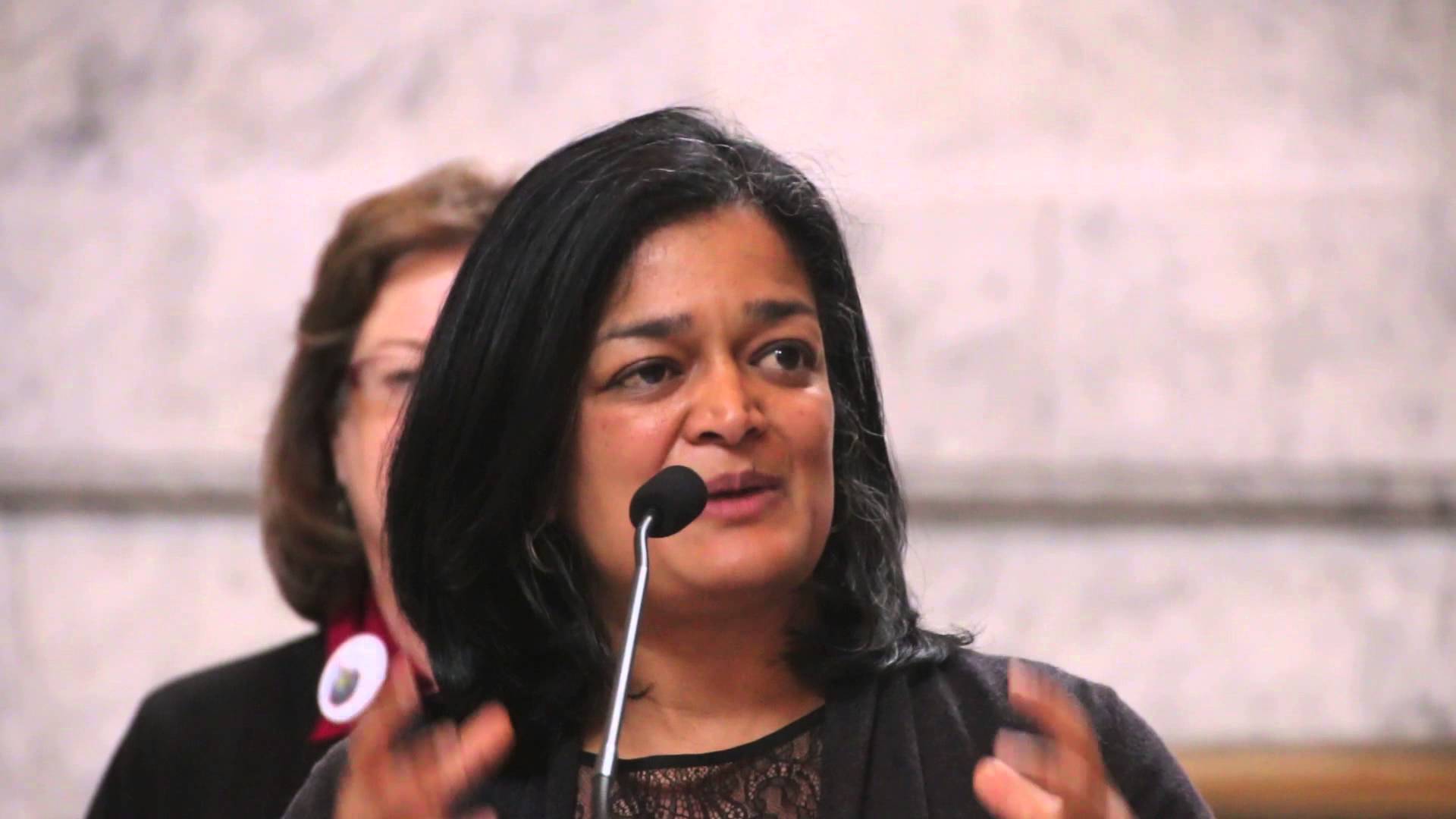 WASHINGTON (Diya TV) — Two Indian-American lawmakers in Congress, along with two former top Obama administration diplomats, have launched a nationwide effort to oppose what they believe to be the “unlawful, unconstitutional, and un-American” executive order that was signed by President Trump last Friday.

Representatives Pramila Jayapal and Raja Krishnamoorthi, joined by former Obama administration officials and leaders of the Indian-American community are urging those across the nation to stand united and fight against the order.

They delivered their message in a conference organized by the Asian American Pacific Islander Victory Fund Tuesday. Jayapal has emerged as one of the national voices in the fight against Trump’s executive order.

“Last week’s executive orders on immigration has thrown the country to chaos,” she said. The president’s attack on the immigrant and refugee community ignores everything that’s great about America, she said.

“This is not normal and it is not constitutional. It also makes us far less safe as a country,” she said. “It undermines our place in the world as global compassionate democratic leader.”

Jayapal also lashed out at the Republican Hindu Coalition for supporting the president’s order.

“Today, a group calling itself as Republican Hindu Coalition will announce its support for un-American executive orders,” she said. “And to them I would say, shame. Shame for trying to divide the Indian-American community. As a Hindu, I can tell you that this group does not represent the much much larger Indian American community that honor our birth countries commitment to religious freedom and democracy.”

She said the coalition does not represent the populous.

“The Republican Hindu Coalition does not represent us. As Indian Americans, I can tell you, we believe deeply in pluralism, in freedom of religion, in freedom of speech and in a democratic diverse society.”

The executive order issued by Trump is “an assault on the United States constitution. It hurts economy and working families and it divides Americana and not unify them,” Krishnamoorthi, a Congressman from Illinois, said.

Diya TV will air an exclusive interview with Shalabh “Shalli” Kumar, founder of the Republican Hindu Coalition, this weekend on “The Public Interest.”

Here’s an interview conducted with Mr. Kumar by Ravi Kapur just hours after Donald Trump was declared the winner of the Presidential Election.

India’s Budget for 2017 Will Focus on Consumption Growth