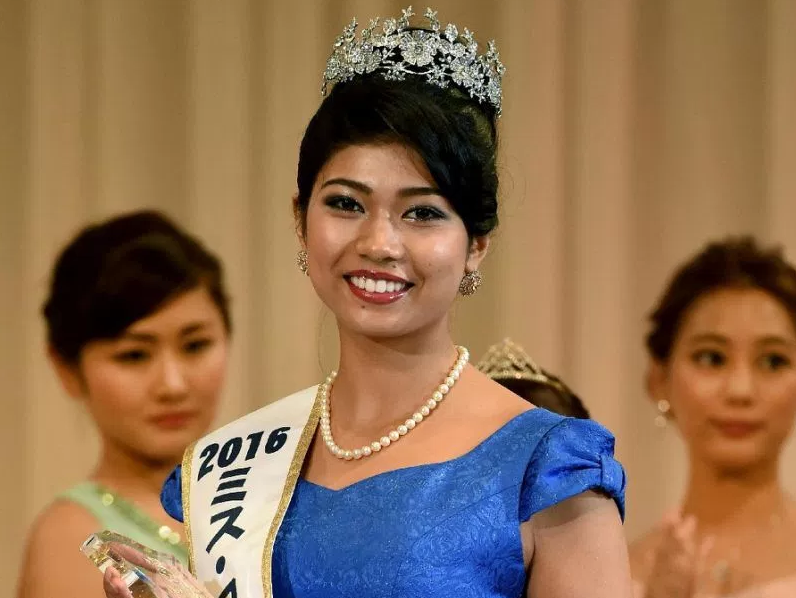 The 22-year-old Priyanka Yoshikawa, who also has an elephant training license, said she would use her win to “change perceptions.”

Last year’s Miss Japan, Ariana Miyamoto was the first mixed-race person to win the pageant. Her crowning was met by critics who complained then that a “pure” Japanese woman should have won. Only about 2% of babies born every year in Japan are biracial, or “haafu,” the Japanese word for half.

“We are Japanese,” Yoshikawa said after her victory. “Yes, my dad is Indian and I’m proud of it, I’m proud that I have Indian in me. But that doesn’t mean I’m not Japanese.”

She credited her win to Miyamoto, saying she had helped show “mixed girls the way.”

“Before Ariana, haafu girls couldn’t represent Japan,” said Yoshikawa. “That’s what I thought too. Ariana encouraged me a lot by showing me and all mixed girls the way.

“I know a lot of people who are haafu and suffer,” she said. “When I came back to Japan, everyone thought I was a germ.”

“Like if they touched me they would be touching something bad. But I’m thankful because that made me really strong,” she added.

Similarly, just a few years ago, a woman of Indian descent, Nina Davuluri, faced Twitter abuse after being crowned Miss America. Some called her an “Arab,” some a “terrorist,” and some an “Arab terroris.” Indians, in large numbers, came to her defense.

Yoshikawa however, was not letting the doubters get to her. She’s since faced the same scrutiny Miyanmoto once did.

“There was a time as a kid when I was confused about my identity,” she said. “But I’ve lived in Japan so long now I feel Japanese.”