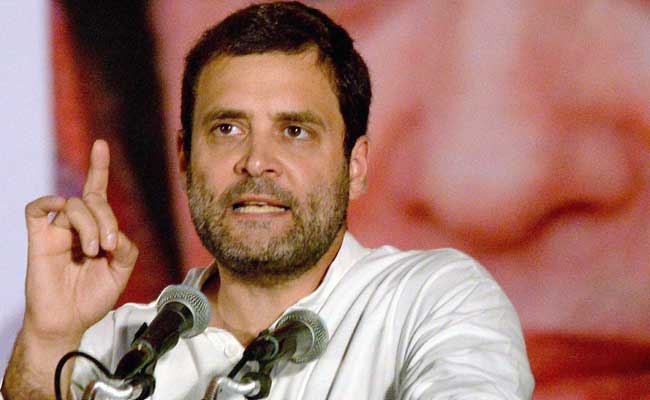 SAN FRANCISCO (Diya TV) — Opposition leader Rahul Gandhi was detained twice Wednesday by Delhi police after he tried to meet with the family of an army veteran who committed suicide allegedly over an insufficient pension.

“Did I make a mistake by offering condolences to the family?” Gandhi asked after he was freed in the evening, the second time he’d been detained in the same day.

Subedar Ram Kishen Grewal, 65, drank poison at a government building on Tuesday, killing himself. Opposition leaders, in the aftermath, have been attacking the government for failing to implement the One-Rank-One-Pension (OROP) scheme. The program seeks to ensure equal pensions for all servicemen who served at the same rank and for the same amount of time. The new policy was approved by the government last year, but according to army officers, it is yet to be implemented correctly.

Gandhi was prevented in the afternoon from meeting Subedar Grewal’s relatives at the hospital where his body was kept. The Congress Vice-President was detained at a police station, released, and then detained again when he tried to enter another police station where the former serviceman’s son, Jaswant Grewal, had been moved, along with other family members, allegedly for protesting at the hospital over the OROP scheme.

Delhi Police tweeted that it was forced to act when leaders ignored orders to move away from the Ram Manohar Lohia Hospital. “Medical services got severely affected and orderliness deteriorated,” the police said, adding that patients’ safety was at risk.

Union Home Minister Rajnath Singh said that “the police will do what it has to.”