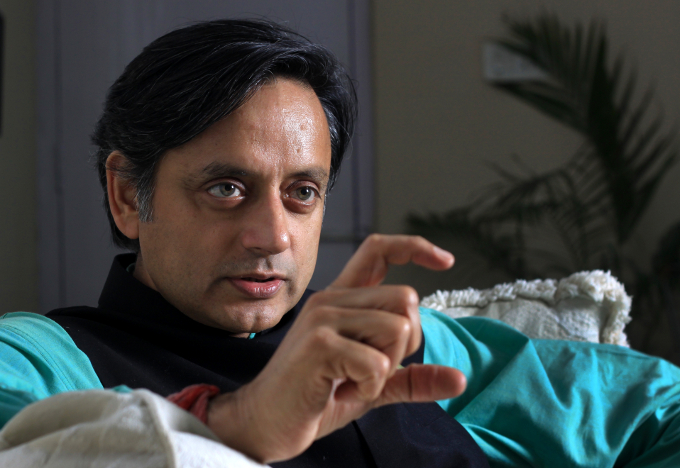 SAN FRANCISCO (Diya TV) — Indian politician and author Shasha Tharoor, who in 2006 finished second place in the race for U.N. Secretary General, blames the United States and India for his failed candidacy and not China – one of the five permanent members of the Security Council who hold veto power – thwarting it.

During a story he wrote for Open Magazine, a current affairs and features magazine in India, Tharoor revealed that, “I believe the time has come, a decade on, to set the record straight.”

His tell-all is also aimed to silence allegations by a Pakistani envoy, Syed Mushahid Hussain, who pronounced recently that “if India had settled the Kashmir issue, Shashi Tharoor would be Secretary-General today.”

He further wrote that China had nothing to do with his not becoming the top boss at the U.N., and on the contrary had assured support for him, as in 2006 a candidate from Asia was favored to win the election.

The Secretary-General’s position cannot be held by any of the Permanent Members of the Security Council. Traditionally, the position has gone to candidates from small nations. The five members of the Council – US, UK, Russia, France and China – have veto power to halt any candidature.

…in some respects my entire working life had seemed like a preparation for the job. In my nearly three decades at the UN, I had developed an unusually varied experience in all the key areas a Secretary-General would need to handle—humanitarian, with 11 years at the UN High Commissioner for Refugees, including handling the complex issues of refugees rescued at sea; political, having dealt with high-level diplomats and politicians in my seven years of peace-keeping at the end of the Cold War, particularly during my stewardship of the UN operations in the former Yugoslavia; administrative, having headed the UN’s largest Department, Public Information, with more than 800 staff in 77 offices worldwide, and led successful efforts for reform, streamlining budgets while motivating staff; and media relations, having served as the Secretary-General’s Director of Communications and then as Under-Secretary-General for Communications and Public Information. In addition, I spoke both the UN’s working languages, English and French, fluently, and having spent four years in the Secretary- General’s Executive Office, was thoroughly familiar with the kinds of problems and issues the UN chief dealt with on a daily basis. At the risk of immodesty, I could, as the expression goes, hit the ground running.

According to Tharoor, the U.S. did not want him as the new Secretary-General because of their interest to strengthen bilateral relations with South Korea and stubbornness to stop another ‘strong’ outspoken candidate like Annan, to get the job. Also, he blames India for its lackadaisical approach to his candidature, which led to US not taking it up seriously enough.