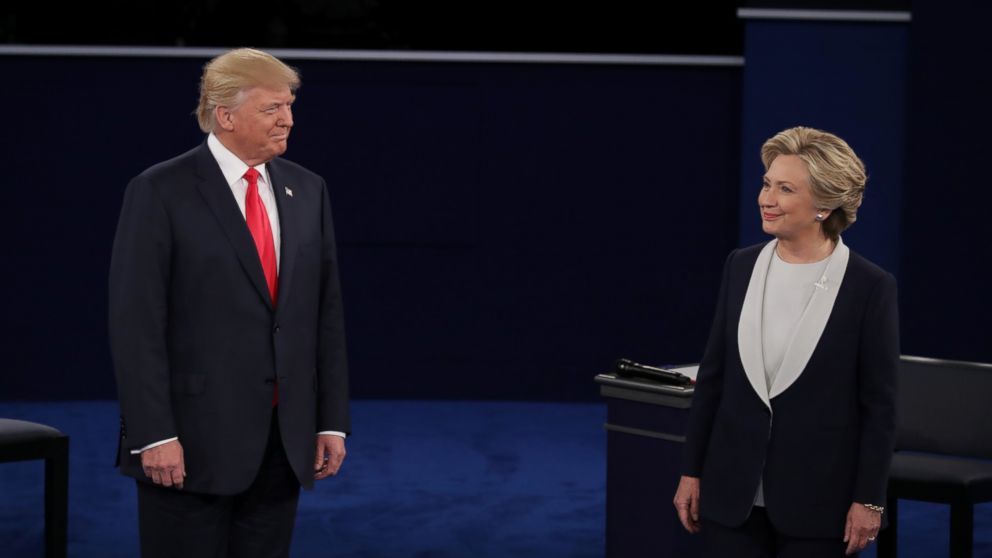 SAN FRANCISCO (Diya TV) — During the third a final presidential debate before next month’s general election, Republican nominee Donald Trump and Democratic nominee Hillary Clinton made a number of claims, and as always, both candidates were — at least to some extent — less than entirely honest with the facts.

Diya TV dug into some of the more sensational things that were said during the debate, which was held in none other than Sin City Las Vegas. Here are the results:

EXPLANATION: According to the Washington Post, paperwork went missing at the State Department — not the money itself. In 2014, an alert was issued by the State Department about “contracts with a total value of more than $6 billion in which contract files were incomplete or could not be located at all.”

Additionally, many of the documents in question predated Clinton’s swearing-in and tenure at the State Department.

“Our jobs are being taken out by the deal that her husband signed. NAFTA. One of the worst deals ever. The jobs are being sucked out of our economy.”

EXPLANATION: Considering the multitude of factors involved, this has been one of the most hotly debated topics in several of the past few election cycles. According to Forbes, “The record shows that trade agreements like NAFTA were launched with an explicit promise of creating jobs. Instead hundreds of thousands of jobs evaporated.”

However, PolitFact — pushing back against former Democratic presidential candidate Bernie Sanders’ claim that NAFTA has cost 800,000 U.S. jobs — contends that “many other nonpartisan reports found that the trade deal produced neither significant job losses nor job gains.” For this reason, this claim is rated as questionable.

EXPLANATION: The pace of deportation in the United States has, in fact, increased rather rapidly since Obama was sworn in in 2008. By the close of 2015, Obama had deported more people (about 2.5 million) than any other president in U.S. history, according to DHS statistics. The Obama administration has drastically decreased the pace of deportations this year, in a move that some have claimed is a political gambit designed to help Hillary Clinton; however, it seems likely that close to 3 million people will end up being deported during Obama’s presidency. For this reason, Trump’s claim is rated true.

EXPLANATION: As previously reported by the Washington Post earlier this year, Trump spent $12,000 at a charity event to purchase a Denver Broncos football helmet signed by former quarterback Tim Tebow. The Susan G. Komen Foundation, the nonprofit organization that hosted the event in Palm Beach, Florida, reportedly received payment for the helmet in the form of a check from the Donald J. Trump Foundation. The Post also reported that at another event, Trump spent $20,000 from his charity to buy a 6-foot tall portrait of himself.

There is always the possibility that the billionaire real estate mogul moved funds for the purchases from one of his private accounts to pay the foundation for the helmet. However, since his tax records have never been released, there remains no possible way to verify this, leaving his claim mostly false.

“In Chicago, which has the toughest gun laws in the United States, probably you could say by far, they have more gun violence than any other city. So we have the toughest laws, and you have tremendous gun violence.”

EXPLANATION: Chicago has for years been plagued by gun violence and is reportedly on pace in 2016 to sustain more than 600 homicides in a single year for the first time since 2003. Just last year, the city was reported as having the highest violent crime rating of any U.S. city, with 884.26 violent crimes per capita. Further, it is true that Chicago has some of the strictest gun laws in the nation, however, many of the firearms used in crimes in the city migrate from the neighboring state of Indiana, where the ownership laws are far more lax.

According to the Chicago Police Department, 60 pecrent of guns recovered at crime scenes from 2009 to 2013 were bought outside of Illinois. For this reason, Trump’s claim is mostly true.

“I also will not add a penny to the debt. I have costed out what I’m going to do.”

For this reason, her claim is rated mostly false.

“You mentioned the Heller decision. And what I was saying, that you referenced, Chris, was that I disagreed with the way the court applied the Second Amendment in that case, because what the District of Columbia was trying to do was to protect toddlers from guns, and so they wanted people with guns to safely store them. And the court didn’t accept that reasonable regulation, but they’ve accepted many others. So I see no conflict between saving people’s lives and defending the Second Amendment.”

EXPLANATION: During a private fundraiser in New York last year, Clinton said the Supreme Court is “wrong on the Second Amendment,” seemingly referring to the 2008 Heller case, which upheld a citizen’s basic constitutional right to own a gun. During the same speech, she called for the reinstatement of the 1994 so-called assault weapons ban, which was signed by her husband.  President George W. Bush allowed the ban to expire in 2004.

But when asked specifically by Fox News’ Chris Wallace in July about whether she wanted to see the Heller case overturned, Clinton responded, “No, I don’t.” The two statements seem to contradict one another. For this reason, Clinton’s statements are misleading.