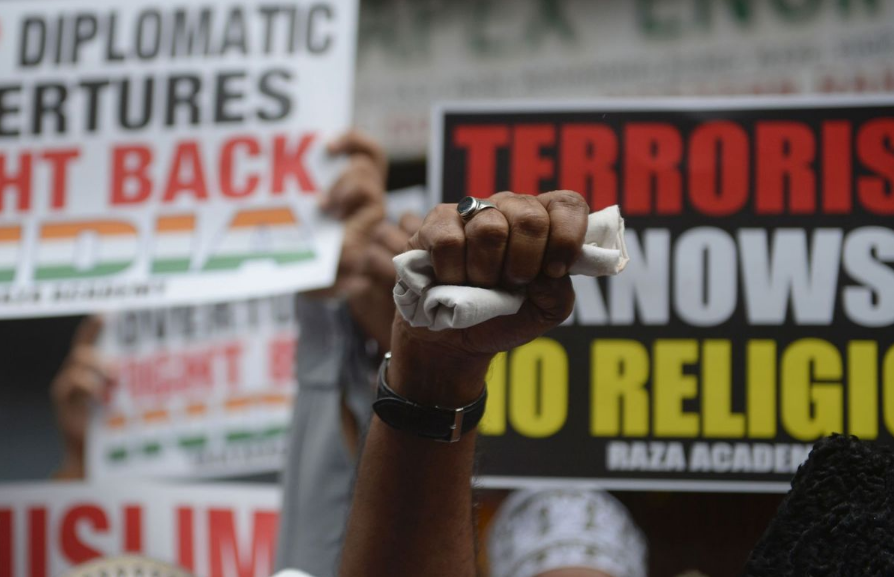 A petition by Indian Americans to declare Pakistan a state sponsor of terrorism was shut down by the White House.

WASHINGTON (Diya TV) — The White House this week, without a warning, shut down a petition supporting a House bill to declare Pakistan a terrorist state, despite the fact it had garnered triple the required signatures for validation.

To combat the proposition, supporters of Pakistan also launched a petition Sept. 27, declaring that India is supporting terrorism in Pakistan and should be declared a terrorist state.

The anti-Pakistan petition, largely supported by Indian Americans and entitled, “We the People ask the Administration to Declare Pakistan a State Sponsor of Terrorism,” has been online since Sept. 21. In the 15 days since the petition was launched, it has amassed almost 666,000 signatures, far exceeding the 100,000 signatures it needed to get a response from President Barack Obama.

The website, petitions.whitehouse.gov, was created during Obama’s first administration. Its aim was to bring greater transparency and accessibility to the democratic process. Any petition gathering more than 100,000 signatures must receive a response from the White House.

The petition supports House bill H.R. 6069, sponsored by Republican Congressmen Ted Poe of Texas and Dana Rohrabacher of California. Poe is chair of the House Subcommittee on Terrorism. The resolution – introduced in Congress Sept. 20, two days after 18 Indian soldiers were killed on the Line of Control in Kashmir, allegedly by Pakistani terrorists supported by the government – states that Pakistan has been an “untrustworthy ally” and has also aided and abetted known enemies of the U.S.

“From harboring Osama bin Laden, to its cozy relationship with the Haqqani network, there is more than enough evidence to determine whose side Pakistan is on in the War on Terror. And it’s not America’s,” declared Poe, in a Sept. 20 press statement, after introducing the bill.

Should the resolution be passed, the President would be presented with a scenario in which he would have to detail within 90 days whether Pakistan has in fact supported terrorism. The State Department would then have to issue a follow-up report within 30 days with either a conclusion that Pakistan is a state sponsor of terrorism or justification for why it does not meet the criteria required for such a designation.

“It’s time we stop paying Pakistan for its betrayal and declare it for what it is: a state sponsor of terrorism,” Poe said in the resolution.

The White House did not explicitly state why it had shut down the online petition supporting the bill, noting only: “This petition has been archived because it did not meet the signature requirements. It can no longer be signed.”

Meanwhile, the anti-India petition has amassed almost 92,000 signatures and needs 8,000 more before Oct. 27 before the president is required to issue a response.

“India is involved in spreading terrorism and in bloody proxy wars against its adjoining countries, particularly the Islamic Republic of Pakistan, especially in the province of Balochistan, federally-administrated tribal areas and the metropolitan city of Karachi,” read the petition, adding, “While India may remain in denial it’s proxy war in Pakistan have gone out of hands.”

The petition stated that Yadav has confessed to being involved in various anti-Pakistan terrorist activities, including aiding al Qaeda and ISIS.

“This evidence calls for declaring India a terrorist state and isolating it globally,” the petition said.