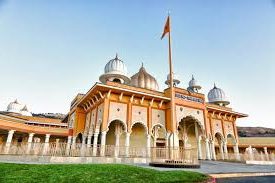 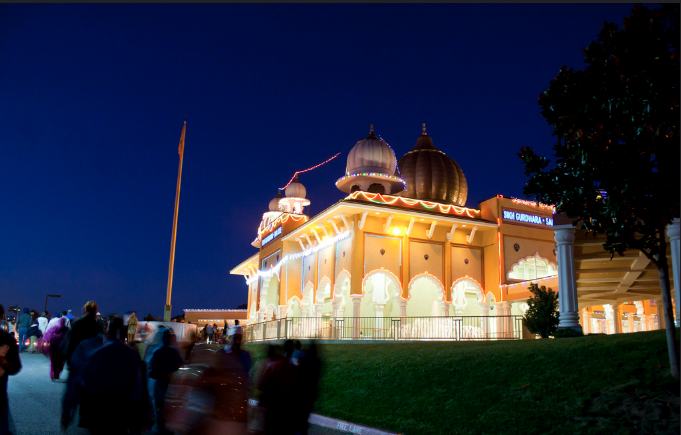 SAN JOSE (Diya TV) — Hearing the kind of applause, screams and general passion at the Evergreen Library in San Jose normally would require earbuds. But a festive atmosphere was allowed in this case, with the library playing host to a rancorous community debate.

The issue that brought an overflow crowd to the library was a proposal to change the name of Murillo Avenue between Quimby and Aborn to Gurdwara Avenue, site of North America’s largest Sikh temple.

The name change involves just one city block, but that didn’t stop scores of vociferous community members from speaking out against change of any kind. Efforts to establish ‘Gurdwara Avenue’ began a couple of years ago, but the outcry against it was fierce and the proposal was shelved. Now Gurdwara leaders, supported by the increasingly important Indian-American community, are efforting to bring this proposal to life.

The Evergreen neighborhood, where the Gurdwara is situated, is part of the 17th Congressional District, the only mainland U.S. district to be majority Asian-American.

San Jose resident KP Singh says the name change is important to the Sikh community as a matter of respect and inclusion. “It’s an emotional issue. The Gurdwara is not a place of worship for Sikhs only. It has four doors that signifies you can come from any direction,” said Singh.

Sikhs have been in California for more than 100 years and the first Asian-American member of Congress was Sikh, the late Dilip Singh Saund. While Gurdwaras are at the center of Sikh life, they are open to all members of society.Yet for many in this immigrant-laden community, the religious ties of the Gurdwara and the Sikh faith are too prominent and would, in their eyes, infringe on their worldview and religious beliefs.

“The name change emphasizes an exclusive street and area in favor of a specific religion, although the same street is accessed by the Sikhs and the Christians. This is an insult and an attack on other religions and non-believers,” said Chinese-American Seh-Yi Wu of San Jose.

Ash Kalra, the only Indian-American on the San Jose City Council, attended the meeting, as did his colleague Cindy Chavez. Neither councilmember can express their opinion until a formal vote is conducted for fear of undue influence on the planning commission, where the proposal currently resides.

Kalra, the attorney turned lawmaker, terms out of the city council at the end of year. So he would like to put his stamp on this decision, adding “everyone that’s here is lucky that all we are arguing about is the name of a road.”

A simple majority of the city council will make the final call on the matter. City officials expect a hearing to take place by the end of the calendar year.

Takeaways from the first presidential debate 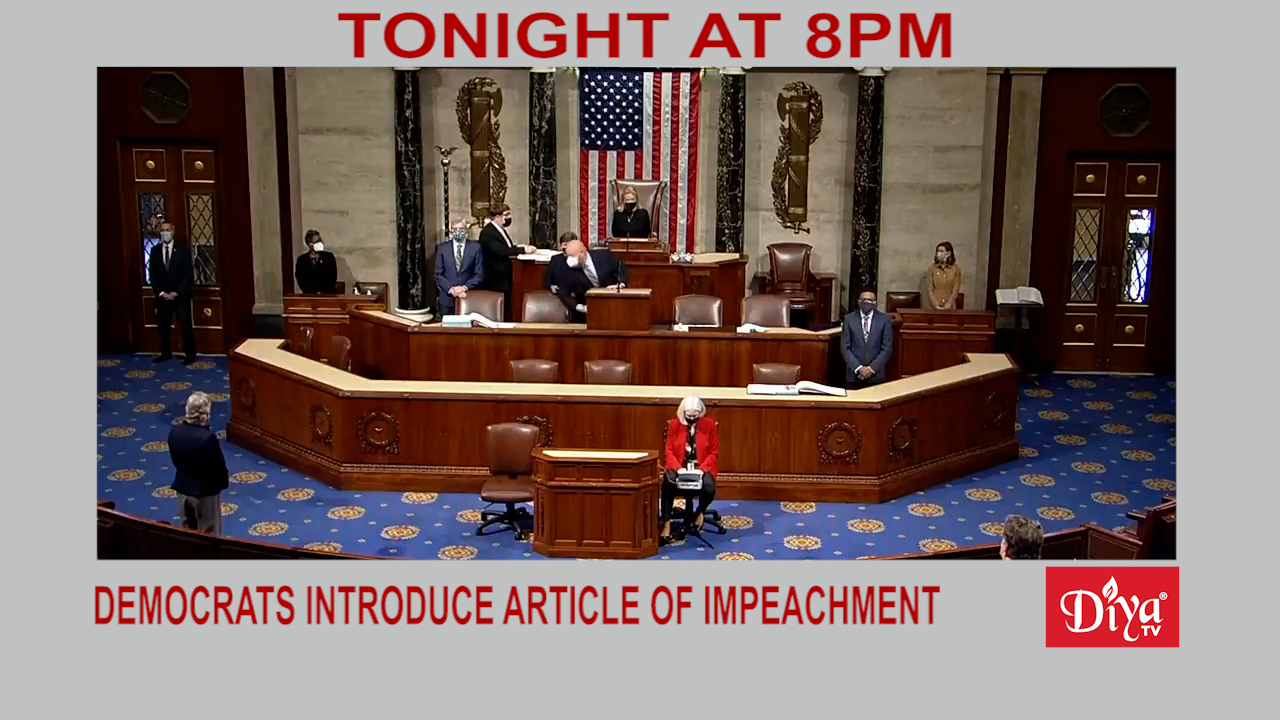 WASHINGTON (Diya TV) — As promised, House Democrats introduced an article of impeachment against President Trump, accusing him of inciting insurrection at the Capitol building on January 6. Senate Majority Leader Mitch McConnell told GOP colleagues the earliest a Senate trial could likely be held would be on January 19, the day before President-Elect Joe Biden is sworn in.

Indians around the world were surprised to see an Indian flag being waved on the Capitol grounds during the massive riot that left five people dead. Vincent Palanthigal brought the tricolor and was part of a group of Indian Americans on hand protesting President-Elect Joe Biden’s election win. Vincent is a Catholic and a Republican originally from India and says he brought the flag because of his patriotic fervor and love for India. But claims he did not participate in the destruction.