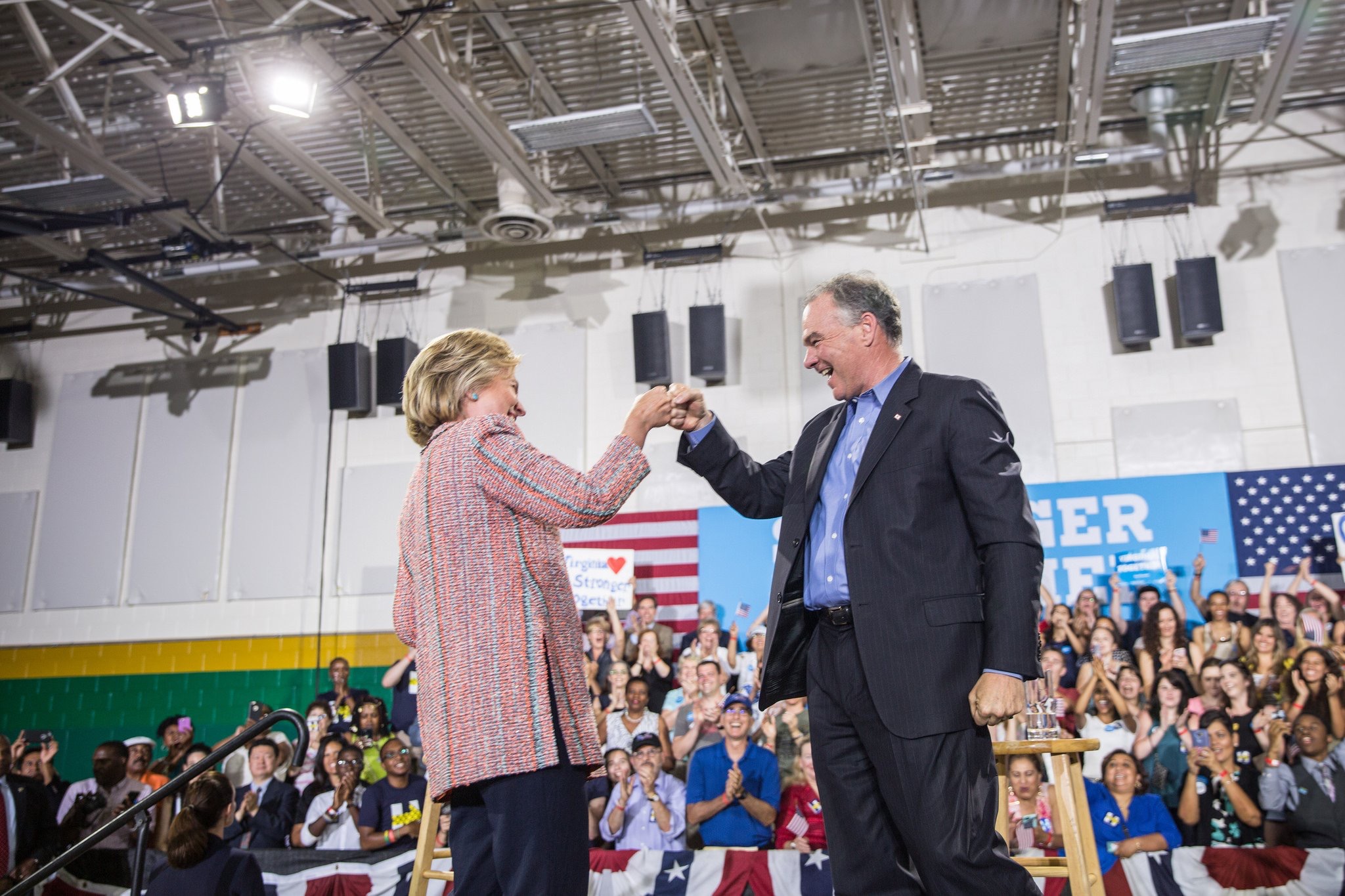 Mrs. Clinton made the announcement to her supporters Friday evening via text message: “I’m thrilled to tell you this first: I’ve chosen Sen. Tim Kaine as my running mate.

Kaine, who comes from a swing state, was considered the frontrunner for the position for some time. The Senator comes with a robust resume, however, he has been labeled as “boring” by pundits, something he’s embraced. Clinton said she applauds his efforts to take the label with an endearing nature.

Kaine serves on the Senate Foreign Relations Committee, and is more of a centrist than some others considered for the post – including Sen. Elizabeth Warren of Massachusetts and Labor Secretary Tom Perez. However, the experience he brings to the table is what separates him most from his rivals — Kaine has served as a mayor, governor and senator in a state emerging as one of the top presidential battlegrounds in the country.

Kaine is also fluent in Spanish, a skill that Clinton can deploy to further mobilize a Latino community that already gives Donald Trump historically low marks as a candidate.

He was previously vetted for the position in 2008, though Vice President Joe Biden ultimately won the role.

During her VP vetting process, Clinton maintained she was looking for someone who could one day assume the role as Commander in Chief themselves — Kaine’s readiness to lead and rapport with the presumptive Democratic presidential nominee are what ultimately sealed the deal, her aides said Friday.

Clinton called Kaine to offer him the job shortly after 7:30 p.m. Friday. She informed President Barack Obama, who she reportedly consulted with throughout her decision making process, of her choice shortly after calling Kaine.