Microsoft executive to meals on wheels 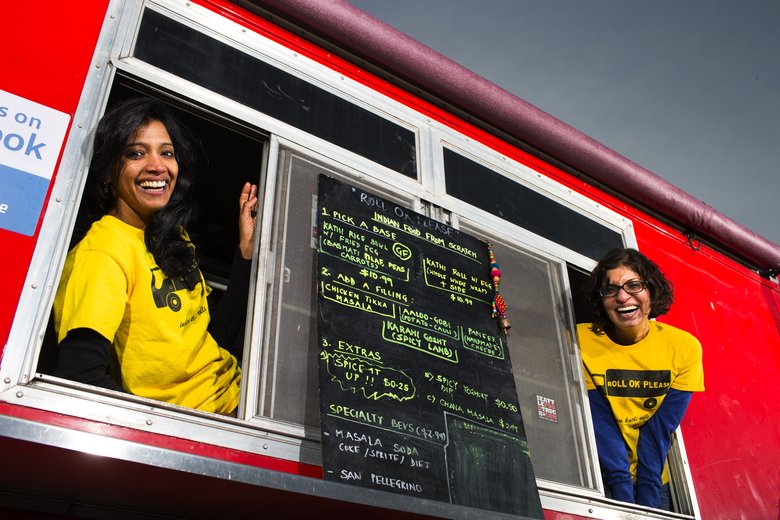 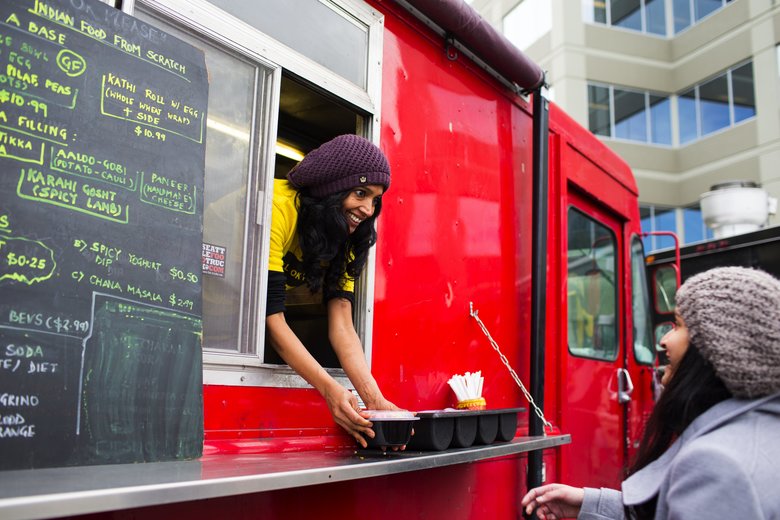 Shama Joshi (cq), of the food truck Roll OK Please, serves a customer during lunchtime on the campus of T-Mobile in Bellevue.

SEATTLE (DIYA TV) — Shama Joshi and Seema Pai, the duo who run the Roll OK Please food truck in Seattle, left their cushy jobs to pursue their culinary passions, and represent what they refer to as the “ridiculous diversity” of India — Joshi previously worked at Microsoft for 14 years, Pai was an associate professor of marketing at Boston University.

Now, Pai accompanies Joshi when the two roll their food truck onto the Microsoft campus. Customers “would come to the truck and look at her and look really confused,” said Pai. The two have been pals since college, and both used to prepare banquets and other functions for buddies, joking one day that they’d open a street-food stand together one day. After Joshi decided her passion for the tech world no longer existed, Pai left the university, and the two collaborated to bring the joke to life.

“It’s been an adventure every day, and a story,” Pai says.

The two are known specifically for their signature Kathi rolls — a delicacy which is prepared by grilling rounds of roti flatbread coated with a beaten egg, stuffed with various fillings like spicy goat meat or potato-cauliflower curry. Extra ingredients like a vibrant, labor-intensive mint chutney or a spicy green chili sauce have made the two’s truck must-try for the lunch crowd.

Joshi’s father served in the Indian army, which resulted in her family’s frequent relocation. Each stop along the road exposed Joshi to another variation of India’s vast cuisine. Pai came from Bombay, a city notoriously known for boasting foods from every region of the country. Pai noticed quickly that only a “very small sliver” of India’s cuisines are represented in the U.S., mainly saag paneers and biryanis. Pai said that’s where the inspiration for becoming the representation of India’s “ridiculous diversity” was drawn from.

The two have become rockstars of Seattle’s embraced food culture, and have enjoyed every minute of it.

“It was so heartwarming for us!” Joshi says. “It’s a testament, to me, to Seattle’s food scene, people being so open to new food.”

They and their employees do most of the cooking in a shared commercial kitchen, with the goal of creating the most healthy food possible. They employ whole-wheat flour and all-scratch ingredients in their recipes, and use techniques which were passed down from their mothers in all of the dishes. All aromatic spices in their ingredients are ground by hand, and all of the paneer cheese used is homemade.

Information from the Seattle Times contributed to this report.