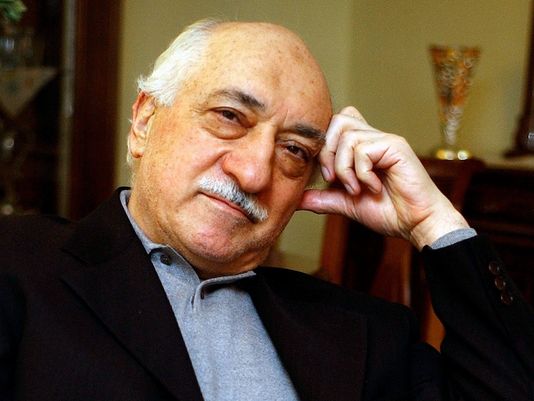 Fethullah Gulen, an Islamic opinion leader and founder of the Gulen movement.

SAN FRANCISCO (Diya TV) — Secretary of State John Kerry said Saturday that the Obama administration will consider a Turkish extradition request for the 75-year-old Muslim cleric Fethullah Gulen, who is being blamed by Turkish government officials for orchestrating Friday night’s attempted coup in the country. Gulen lives in Pennsylvania.

First, Turkey will be required to prove Gulen’s role in the failed effort by elements of the country’s military to oust President Recep Tayyip Erdogan, Kerry said. The attempted coup resulted in nearly 200 deaths and rocked a key U.S. NATO ally.

“Obviously we would invite the government of  Turkey, as we always do, to present us with legitimate evidence that withstands scrutiny,” Kerry said. “I’m confident there will be some discussion about that.”

During a televised speech delivered Saturday night by Erdogan, the president said the U.S. should hand over Gulen. Turkey had never turned down any extradition request for “terrorists” by the U.S., he added.

“I say if we are strategic partners then you should bring about our request,” he said.

However, speaking during a visit to Luxembourg, Kerry said the U.S. had not yet received any extradition request. The state-run Anadolu news agency in Turkey reported Wednesday, two days before the attempted coup, that prosecutors in Ankara were preparing to seek Gulen’s extradition from the U.S., accusing him of trying to infiltrate and overthrow the government. Anadolu reported that the extradition file was to be sent to Turkey’s Justice Ministry on Thursday.

Turkish Prime Minister Binali Yildirim told reporters Saturday that Gulen was the “leader of a terrorist organization” and that any country “standing by this person will not be a friend of Turkey.” He said more than 2,800 military members involved in the coup had been arrested.

A Turkish official, speaking on condition of anonymity in line with government regulations, told the Associated Press that Turkey was compiling evidence of Gulen’s involvement. From his estate in the Poconos, just outside the town of Saylorsburg, Pa., Gulen — who is at the helm of a broad religious network that includes hundreds of schools across the world that promote a moderate version of Islam — denied any complicity in the takeover attempt. He issued a statement Friday condemning, “in the strongest terms, the attempted military coup in Turkey.”

He said that “government should be won through a process of free and fair elections, not force.”

Robert Amsterdam, a lawyer for the Turkish government, said Friday night the country have evidence and intelligence reports that directly prove Gulen’s involvement.

Want to attend an India Wedding? Just buy a ticket!