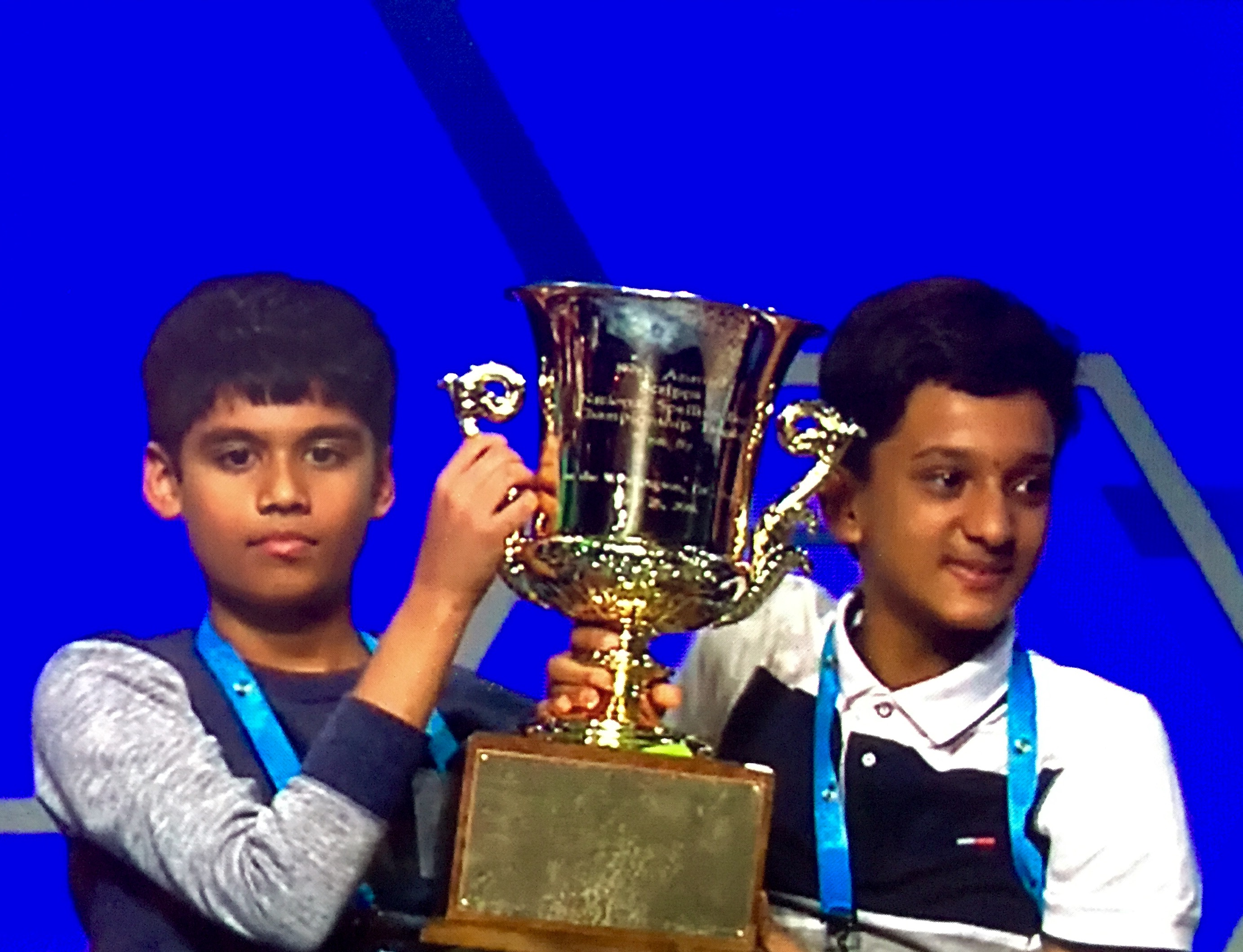 WASHINGTON, DC (Diya TV) — In a battle that rivaled any NBA playoff game, Nihar Janga and Jairam Hathwar outlasted thousands of spellers from around the nation and were named co-champions of the Scripps National Spelling Bee before a nationally televised audience in Washington, DC. 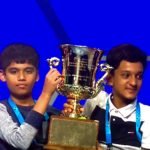 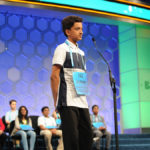 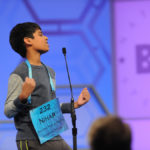 These were the winning words:

The youngsters went toe to toe for 24 rounds and each misspelled championship words that could have made them the sole champion. But their respective performances were nothing short of mesmerizing all night and it seemed fitting this matchup ended in a tie.

Nihar hails from Houston and the 11 year old aspires to be a neurosurgeon now that his spelling bee days are done. 13 year old Jairam is from Corning, New York and also wants to be a physician. He is the second member of his family to win the Spelling Bee. His brother Sriram was named co-champion in 2014.

It’s been an surreal run for the Indian-American community in the spelling bee. This is the 9th time in a row an Indian-American child has won the title and 7 of the 10 finalists in this years Bee were of Indian descent.